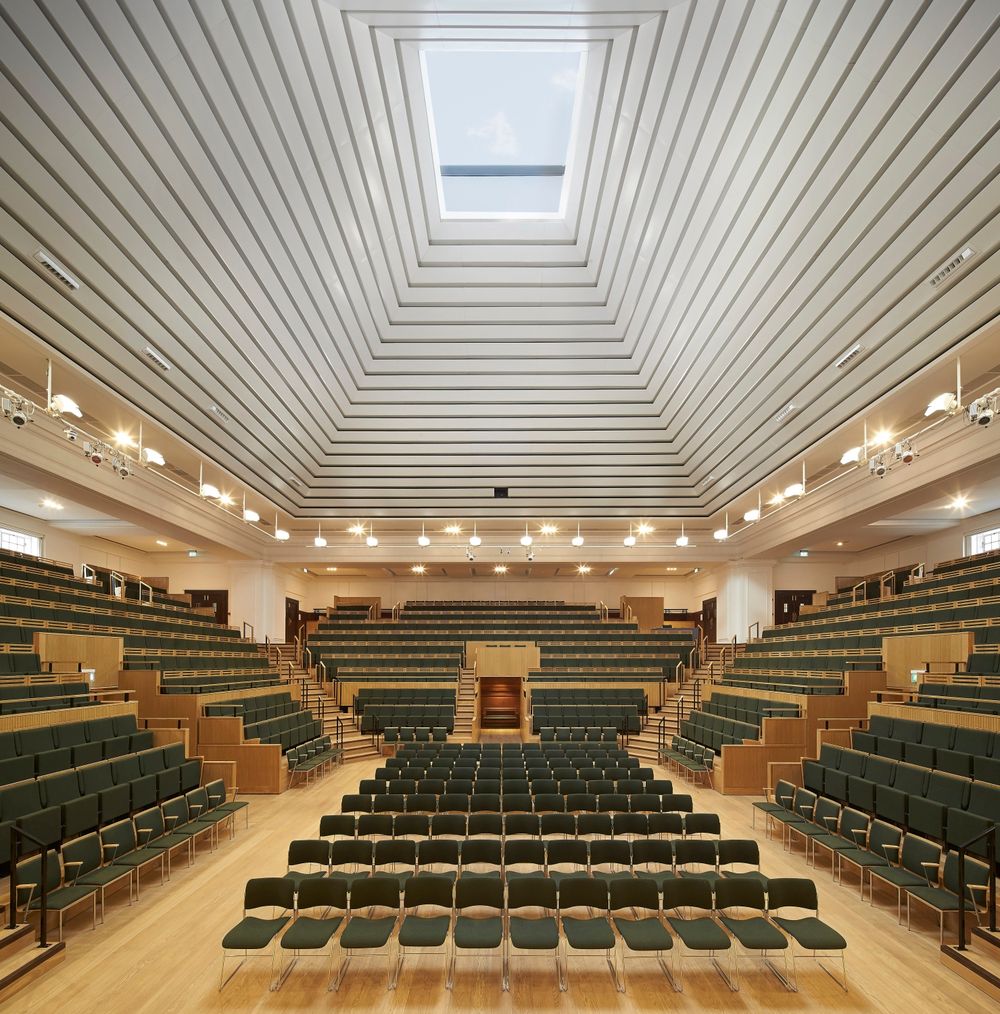 Light is the Center of Attention in London's Friends House

BY DAVID BASULTO, founder and editor-in-chief of the website ArchDaily July 15, 2015

When British practice John McAsian & Partners – the firm responsible for the redevelopment of the King’s Cross Station in London – was commissioned to renovate the city’s Friends House for the Quakers, light shaped the formation of the project’s main special characteristics. The Quaker values of quality, respect for the environment, justice, simplicity, and peach became materialized in a newly conceived Meeting House. Dubbed “The Light,” the centerpiece skylight of the main space, located in a building dating to the 1920s, was created through the removal of a ceiling that had been added in the 1980s. The architects explain that  “one of the key architectural decisions was to remove this and create a dramatic new ceiling void with a 3.3-by-3.3-meter glass ceiling light.” They also installed a flexible seating arrangement that increases the space’s capacity to 1,100. Influenced by the large-scale, phenomenological works of artist James Turrell, the result is a space that’s flooded with light, generating an atmosphere of calmness and unity at the same time, where all the members can unite or use the space for community activities. “We worked with James Turrell on the initial concept of the bringing light into the heart of the scheme and used his ideas and creativity as a starting point,” Says James Dixon, project architect at the firm. “James is an internationally renowned lighting designer and artist, as well as a Quaker. He was worked on a number of Meeting Houses worldwide and some of his ideas – principally bringing light into the space – significantly influenced his scheme.”

John Pawson Lends His Clean, Natural Touch to the West

A Global Hotel Brand with a Local Spirit