Nasir Kassamali Talks Rocky Beginnings as He Shows Us His Miami

For more than 40 years, Nasir Kassamali has built an empire in Miami around quality design.

BY SPENCER BAILEY
PORTRAIT BY MICHAEL RAVENEY July 15, 2015
Share
Back

When describing Miami, Nasir Kassamali turns to a food metaphor. “It’s a pasta fagioli,” he says, referring to the hearty Italian dish that combines beans, pasta, and a spicy base – a recipe that typically makes use of what’s around. “We have an influx of other communities here,” adds Kassamali, who has lived and worked in the Magic City for more than 40 years with his wife, Nargis. “We have Brazilians coming in, we have Venezuelans coming in, we have Colombians coming in.”

As the president of the design company Luminaire, which he and his wife started in 1974, Kassamali is well positioned for Miami’s booming international real-estate market full of cash-rich investors jumping at the bit. In addition to selling Luminaire’s wares to architects, designers, and those in the know, Kassamali has over the past decide or so also built a growing consulting business. He was design director of the widely praised 1111 Lincoln Road parking garage complex, which opened in 2011 and was designed by Swiss firm Herzog & de Meuron, and his current projects include the now-under-construction Grove at Grand Bay development – Danish-born architect Bjarke Ingels is designing it – and the 8701 Collins residences, still on the drawing board and being designed by Pritzker Prize-winning architect Renzo Piano.

The path of Kassamali and his wife to Miami was not straightforward. He is a third-generation Indian born in Kenya, she is from Tanzania; the two met while at university in Nairobi. (Chasmal studied electrical engineering there.) “When I graduated – she was in her first year – we got married in London,” he says, “and just around that time, there was this incredible happening in Uganda, where the president threw all the Indians out.” The two decided to emigrate to Canada – but didn’t stay long. After a visit with a friend in Miami, they knew where they wanted to live. “We’d been to Montreal, where there were 47 centimeters of snow, and Toronto, where it was brutally cold,” he says. “Coming to Miami in November, it was 78 degrees Fahrenheit, and it felt like home.”

They also saw a business opportunity during the Florida visit: “I couldn’t find any showrooms or stores that sold good design,” Kassamali says. So they moved and opened a kiosk-sized showroom in North Miami Beach. They decided to call the store Luminaire because initially it sold Danish lighting. The transition wasn’t easy. “Just at the time we said, ‘okay, were going to settle down,’ the war had broken out between Egypt and Israel,” he says, “and all of the oil exports had been frozen, so there were hardly any ships coming down. Even before we opened Luminaire, we were almost bankrupt.”

Then a University of Miami architecture professor came into the shop. “Soon after,” Kassamali says, “he started to talk to other architects in town, saying that there is this guy who owns a unique lighting store. Clients with their plans started coming.” The business took off. By the early ’80s, Luminaire had expanded its reach and influence, and was selling many international designers and brands in the United States for the first time, including Cappellini.

In 1984, Luminaire moved to the Coral Gables neighborhood, and Kassamali hired Mateu Rizo Associates to design the space. (Last year, the Luminaire design team renovated the interiors of its flagship Coral Gables showroom, inspired by the designs of Piero Lissoni.) Five years later, the company expanded further, opening a location in Chicago, a city Kassamali had been visiting since the mid 1980s for the NeoCon trade fair. Growth continued. in 2000, Luminaire opened a 35,000-square-foot corporate headquarters and distribution center near Miami International Airport, and in 2007, it launched another space, Luminaire Lab, in the Miami Design District.

For Kassamali, running the store continues to be much more about creating a cultural conversation than simply selling products. “We are not a furniture store, we are not a lighting store,” he says. “We are totally a design store. When we started, the consumer never had a bucket in their minds that said ‘design store.’ They had to create a new bucket in their mind.” Chasmal has helped create this bucket for decades. To educate buyers and the public, the shop launched a lecture series in 1979. Since then, architects and designers including Marcel Wanders, Ron Arad, and Massimo and Lella Vignelli have presented talks; during the first-ever Maison & Objet Americas fair this spring, Vancouver-based designer Omer Arbel gave a presentation.

“The relationship I have with designers like Antonio CItterio, Piero Lissoni, and Patricia Urquiola is extremely special,” Kassamali says “It has been cultivated out of respect. They love to hear my criticism because it’s always unbiased, and excuse they see me as an entrepreneur who’s more interested in propagating a design philosophy than selling labels.” Of Luminaire, he adds, “It’s all about making the client aware.”

INSIDE GUIDE TO MIAMI
BY NASIR KASSAMALI

Fairchild Tropical Botanical Garden
Located in the Cora Gables neighborhood, the Fairchild Tropical Botanical Garden includes a 16,500-square-foot conservatory with roughly 400 plants from the tropics, a 13-acre “palmetum” showcasing 1,000 palms, and a display of plants from Madagascar. “I got to Fairchild when we have friends visiting from Europe or Japan,” Kassamali says. “It’s one place where you’re able to take beautiful photographs, Its not manicured. You have to discover things.” 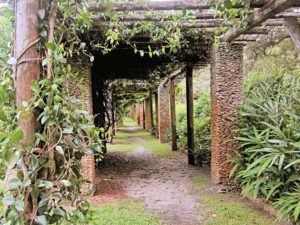 Pérez Art Museum Miami
Opened in 2013 and designed by Herzog & de Neuron, the Pérez Art Museum Miami (formerly the Miami Art Museum) is the city’s flagship venue of 20th- and 21st- century art. For Kassamali, both the exhibitions and the architecture are a draw. “[The space] is light and airy – appropriate for Miami – and takes advantage of the light conditions with its vertical gardens,” he says, adding, “It faces the bay. The internal galleries are well placed, with views of the bay, so that you’re always aware of the connection between inside and out.” Currently on display (through Oct. 18) is the show “Poetics of Relation,” which includes artist Tony Capellán’s “Mar Caribe” (1996), shown here. 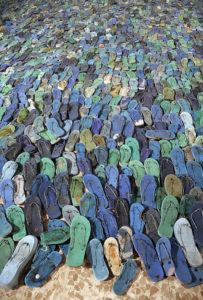 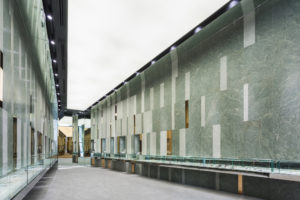 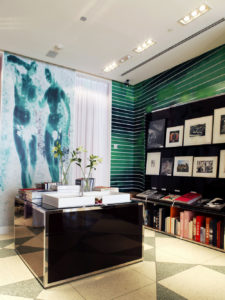