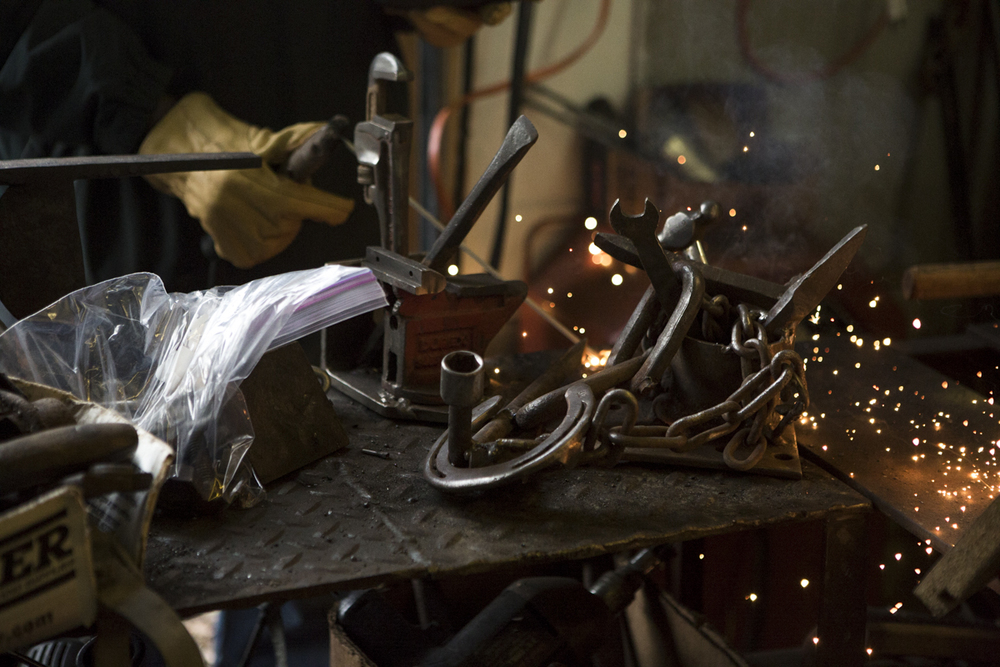 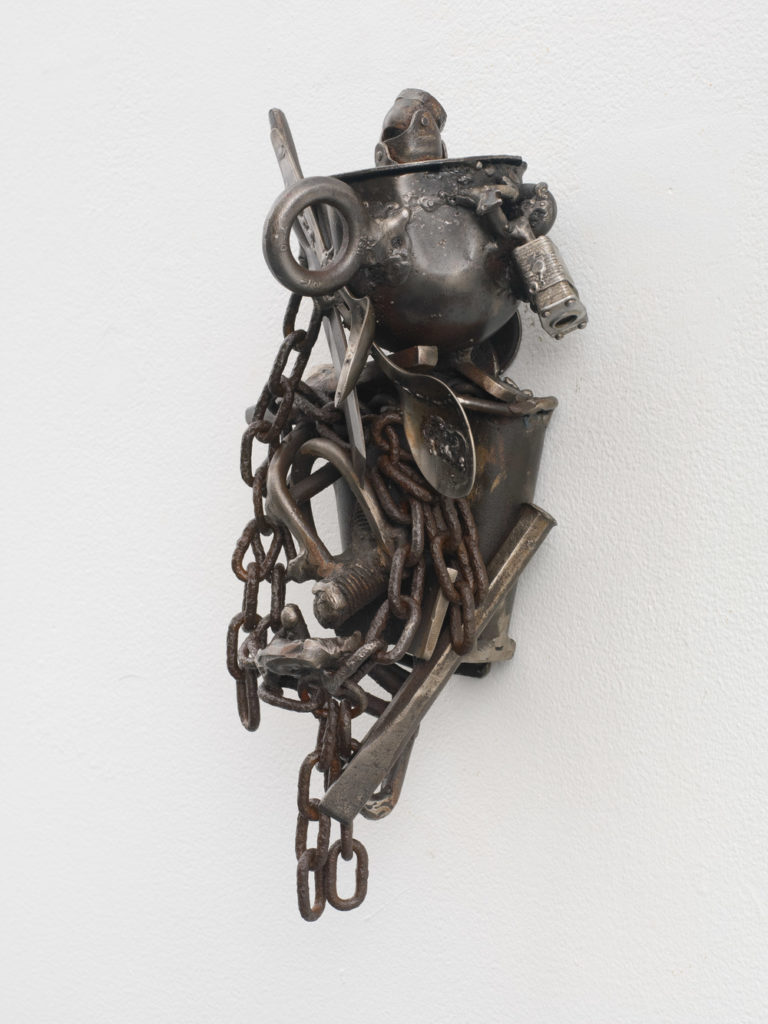 The sculptor, whose retrospective Five Decades is currently on view at the Nasher Sculpture Center in Dallas (through May 10), discusses his creative process from his Hudson Valley home.

The sculptor, whose retrospective Five Decades is currently on view at the Nasher Sculpture Center in Dallas (through May 10), discusses his creative process from his Hudson Valley home.

Your sculptures often have titles with political themes. How have recent events such as the protests in Ferguson, Missouri, affected your work?

How do politics impact you as an artist?

You’re born a human being first. That you become an artist is how you decide to live and work with the world. Politics are just a way that human beings grapple with the world. Politics are the populace and how they relate to one another in a more or less organized form. It’s not TV news. So Ferguson is normal American life. Something like that goes on every day, though it doesn’t make the newspapers every day. People act like Ferguson is some new event. That means people are not using their abilities to see and grasp what’s going on in the world right in front of them. You can say an event like that—if you’re my age and you’ve lived where I lived—is like Los Angeles in 1965, the revolution is Watts.

And in 1992, also in Los Angeles. Do you respond to uprisings such as these through your work?

Sketching is improvisational, too. Most people will reference jazz as improvisational. The difference between large-scale orchestral work, where parts are written out, and a jazz improvisation is the amount of time it takes between the thought and the execution. If you don’t have writing and a paper in between, then that time is much shorter. That’s improvisation in jazz. But a work by Beethoven or Anton Webern—okay, they write it down, and it takes three days, three months, and the renting of a hall, and there it goes. But the concept and process is basically the same. It’s just an extension of time and organization that makes the difference.

If you talk about my work and improvisation—well, I work with steel. Some of the steel I use comes from objects that already have a history. People will say, “This is a lock, this is a chain,” and this or that. But for me, the primary thing is that it’s steel, and therefore when you apply heat to it, you can fuse and change the parts. And the resulting object is the important thing, not so much the parts that it’s made of.

Do you work on one piece at a time?

I don’t do anything one at a time, whether it’s thinking or reading. My world probably looks chaotic to people. I’m not a single-idea person.

There hasn’t been a retrospective of your work since 1993. What changes do you see when you look back on your more-than-50-year career?

My generation didn’t have the word “career”. It didn’t exist. You were gonna try to be an artist. You didn’t expect to have a one-man show till you were over 40. Students today expect to have on 40 minutes after, and be right there on 26th Street with me. [Laughs] Anyway, I wasn’t interested significantly in sculpture. But in college—in 1959 or ’60—I saw a couple of graduate students welding: George Baker and Robert Bassler. George was teaching night class, and I took it. He laid out six straight pieces of steel and showed me how to weld them. Then he said, “Don’t bug me ‘cause I’m working on my graduate show.” And that was fine, because no aesthetics came with it. In other words, anything I thought about how the work should look was up to me.

But you were later drawn stylistically to the abstractions of the ‘60s, no?

Abstraction is a process or concept; it’s not a style. But a lot of people think of it as a style. They think if they don’t recognize it, it must be abstract, which is just not true. A Jackson Pollock painting, once you’re familiar with it, is a familiar object. It’s like how a foreign language sounds like noise or cacophonous nothing because you don’t speak it. But once you know the language, then it’s full of information and poetry.

I grew up in a world of art that produced the conventions of what we call “modern art,” and so those languages are part of the information that I have. Hopefully I’ve managed to give my own spin on the appearance of the things I create, the concerns that are particular to me.

Your work is sometimes compared to that of David Smith. Who were some of your influences?

They always say Smith and Anthony Caro, which isn’t true. And when I made kinetic sculpture, I didn’t want to make stuff like Calder. My idea of kinetics ultimately came out of remembering my grandmother’s rocking chair. Not a nice old lady sitting in a chair like Whistler’s, but simply the dynamics of how it rocked. If you look at the works of mine that have movement, that’s the principle.

David Smith came directly from industry into welding and sculpture. I didn’t. I came through school, and was mostly self-taught. Smith and his industry processes are very good, and they show in his work. The stainless-steel pieces of mine—you see polished surfaces, and you say, “Oh, it’s David Smith.” Well, anybody that ever bought stainless steel knows the shitty was the surface looks. You’re gonna do something to it to change it. If you want to call it wiggles and waggles and Abstract Expressionism, okay.

I guess the media tends to classify artists. We like labels.

If you name something, you think you’ve pretty much done your job of identifying it. But a man falling in the water and a man diving in to set an Olympic record are quite different.