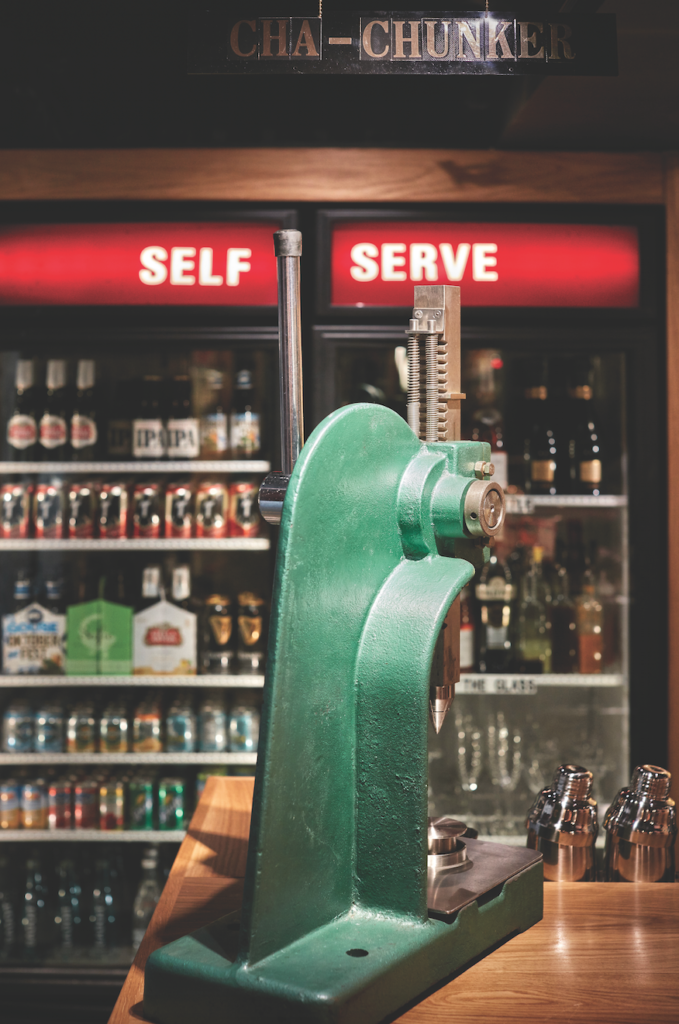 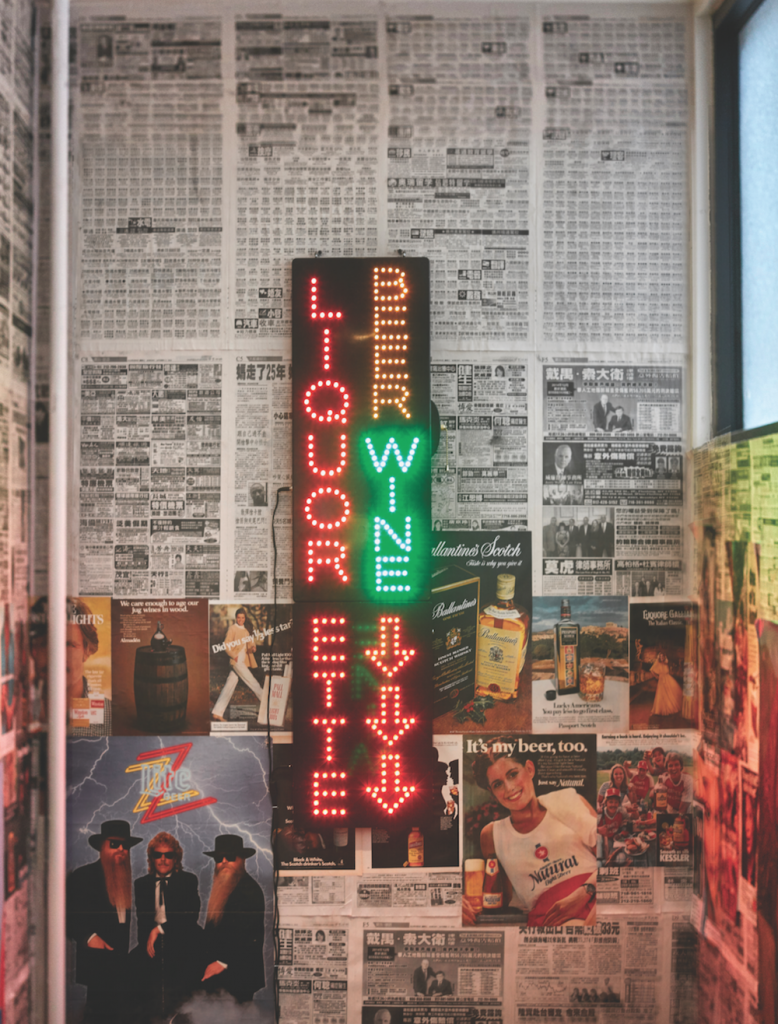 You Won't Get the Expected Cheap Booze at Manhattan's Liquorette

At just 575 square feet, the newest cocktail lounge by design firm Avroko has ambitions that far exceed its size, not to mention its location on the fringe of New York’s Little Italy. All the visual cues—the flashing neon sing pointing down to the basement, curtain made of plastic flaps, vinyl floor, retail shelving, and self-serve refrigerators—signify a seedy dive full of cheap booze. Yet this subterranean spot hidden under Genuine Superette, a California-style burger joint Avroko launched in April, contains one of the most innovative cocktail concepts in New York and perhaps, by extension, the world. “We like to try to find the high-low line in a lot of our projects, both in the design and also in terms of the programming,” Adam Farmerie, one of the partners, says. “The space is made up of the cheapest retail fixtures money can buy, thrown up against walls that are just existing, and yet they’re lit with the perfect temperature LED bulbs so all the bottles glow in a marvelous way that celebrates the juxtaposition.”

The team collaborated with Eben Freeman, who earned a reputation for cocktail creativity at Wylie Dufresne’s defunct WD-50 and heads the beverage development for all of Avroko’s projects, to conceptualize Liquorette’s drink program and optimize the design to function seamlessly with it. “The inspiration came from thinking about what kind of bar we want to sit in,” Farmerie says. “Some of our favorite experiences stem from feeling a sense of ownership, when the psychological barrier between the customer and the bartender is broken down.”

How do you execute that vision? Give the public fell access. Thus the bar’s self-serve, pay-by-the-weight model was born. Grab beer or wine from the Quickie Mart-grade cooler, or a bottle of spirits off the shelves, and if you’ve taken Freeman’s class, mix craft cocktails using the tools behind the bar. Of course, the pros on hand can shake up any concoction a patron desires. The most envelope-pushing aspect is the bartender’s challenged. Each month, Freeman will choose a spurned liquor from the misfits wall—which might be apricot brandy or neon-blue Hpnotiq—and task bartenders from all over the country to create a drink worthy of the most refined palette. This three-fold program represents a radical departure from the status quo. Farmerie affirms: “We sort of open up the curtains to let you behind to see the stage set, which I don’t think anybody’s ever done.”

What drove Avroko to pair a high-end cocktail program with a downmarket look? “Once we started with that idea, the notion of a ‘70s California bodega liquor store that’s a little bit run down became the perfect muse for celebrating that access.” The partners, who are self-described history nerds, did extensive research while brainstorming the design: combing through old Time and Life magazines, browsing books at the indie-driven Strand in the East Village, and watching retro TV shows like Charlie’s Angels. They puzzled over every detail, from the black lacquer tables built to store 12-packs of beer to the convex security mirrors in the corners. Even the bathroom is plastered with images of Farrah Fawcett, one of which once hung on Farmerie’s wall. The result is larger than the sum of its parts, but it’s also simply—and most importantly for a depiction of a grab-and-go—a place you don’t want to leave.