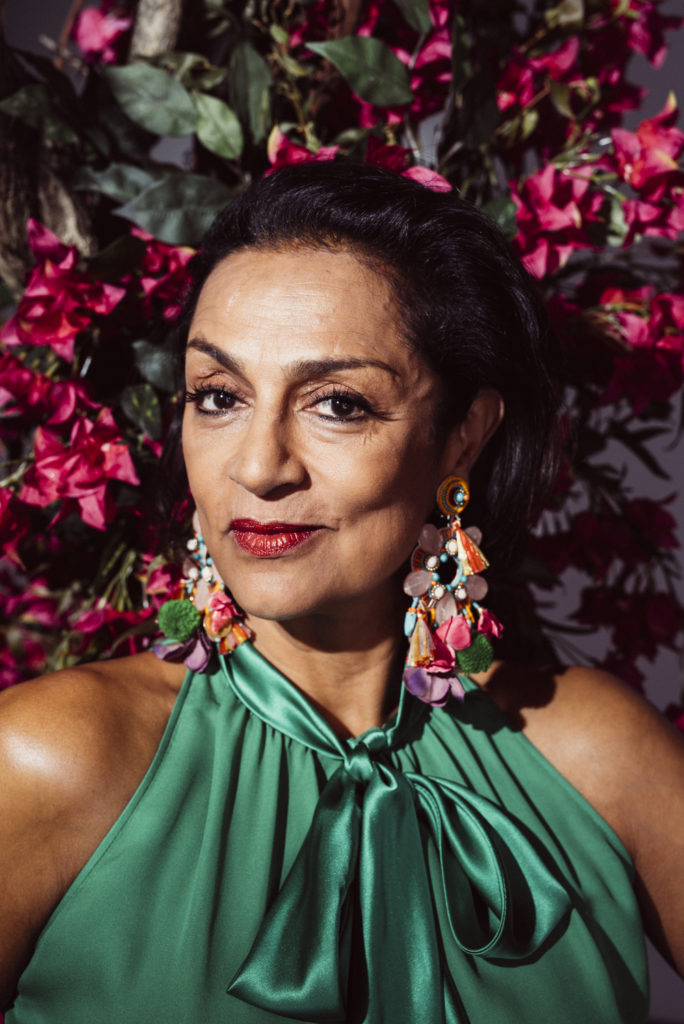 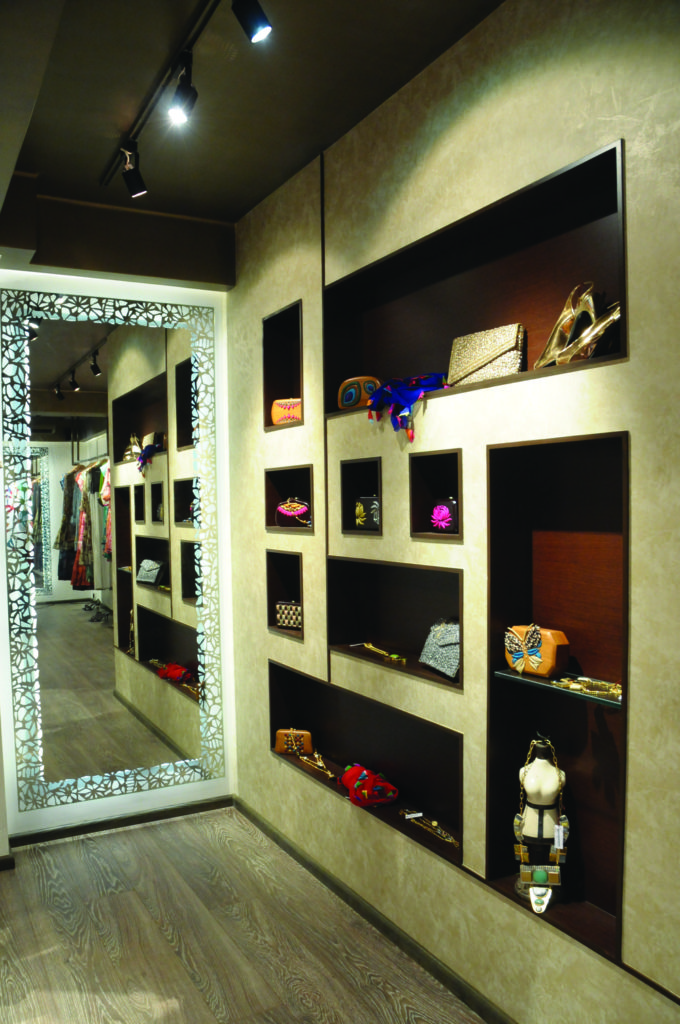 By Nate Storey
Portrait by Yael Malka December 1, 2015
Share
Back

“We love shiny,” says Ranjana Khan, who references India’s ancient artform, embroidery, in her work. “Have you seen an Indian bride? She’s like a Christmas tree.” It’s safe to say they’re keen on color, too, as proven by Khan’s new collection—her first in two years—that takes inspiration from the works of Mexican painter Frida Kahlo; it’s being shot for a catalog as we chat in her Midtown Manhattan studio.

Khan grew up in Mumbai, where she modeled until an arranged marriage landed her in Toronto at age 24. Faced with a life in Canada what wasn’t true to her ambition, she did what any dreamer would do—fled to New York to “get lost,” cultural tradition be damned. “I didn’t like what I saw in Toronto, it wasn’t my thing,” she says. “Life is the road you choose.”

The road she hose led her to now-husband Naeem, a distinguished eveningwear designer who was apprenticing under Halston, in one of those serendipitous, made-for-Hollywood—or is it Bollywood?—moments. Unbeknownst at the time, the two had attended the same school and lived a couple blocks away from each other growing up. Naeem introduced himself after recognizing her as “the girl from the billboards.” Their first date was at Studio 54; they were married a year later. Nowadays the couple returns to Mumbai twice a year to check in on their factory and the local fashion scene. “It’s getting really fancy,” she says. “They have a fashion week now; the designers are so elaborate.”

It’s safe to say that Khan’s gamble has paid off. Her ascension to the upper realm of social stratosphere started in ‘70s Manhattan, when the city was gritty and artistic expression raw. She ran around with epoch-defining characters like Andy Warhol and Liza Minnelli to legendary counterculture clubs like CBGB. “It was pre-AIDS, so everyone was promiscuous and drugs were so open—it’s a very different world now,” Khan says.

It certainly is for her. These days, she keeps company with the Obamas. The first lady wears her jewelry (including a medallion necklace at a state dinner with Indian Prime Minister Manmohan Singh in 2008) and is a big fan of Naeem’s gowns. Maybe Khan’s wistful for her freewheeling salad days because lately she’s been palling around with graffiti artists in Miami, where she splits her time. The reason: Her first-ever foray into the art world, a project she describes as “street meets runway,” makes its debut at Lemon City Studios during this year’s Art Basel Miami Beach. “Graffiti is such a big part of the city. I was really inspired when I met some of the artists, hiring one to come paint my bathroom, and started thinking about collaborating with them,” Khan says. So she commissioned a team of nine to create works with spray paint in a range of styles, then sent the pieces overseas to be hand-embroidered at her Mumbai factory with exotic materials like python snakeskin, semi-precious metal, and bone, among others.

So how do you assemble a crew of graffiti masters to collaborate on a groundbreaking genre? Go cruising in your G Wagon after dark. “I went out in the middle of the night, because that’s whe the street artists are out,” she says. It’s how she found Ze Florist, known for his images of edgy flowers. She also befriended Trek6, who just retouched the famous Bob Marley portrait in Wynwood and did a massive canvas for Naeem’s show at New York Fashion Week in September, as well as Don Rimx, a Puerto Rican muralist known for his use of complex color—his drip-streaked portrait of Biggie Smalls now hangs in her son Zaheen’s apartment.

Consider Khan’s newfound passion the next act in a play that’s spanned different theaters, from India to Canada to the U.S. “I just want to do something different. Some people get stimulation doing one collection after the other,” she says. “Change excites me. I’ve done jewelry for seven years. I’m having a lot of fun right now.”

INSIDE GUIDE TO MUMBAI
BY RANJANA KHAN

“I love contemporary art,” Khan says. When she’s in town, she always tries to stop the family-run Gallery Chemould, one of the city’s most well-regarded culture stops that’s been showcasing experimental Indian artists for more than 50 years.
3rd floor, Queens Mansion; 91-22-2200-0211; gallerychemould.com

Bungalow 8, owner Maithili Ahluwalia’s concept shop beneath a cricket stadium, is a favorite among passing-through celebrities like Madonna and stocks everything from Baroque picture frames to locally made cotton dresses. “They carry jewelry, furniture, and womenswear—with an Indian twist.”
Wankhede Stadium; 91-22-2281-9880; bungaloweight.com

Khan cherishes her memories at the 1903 Edwardian-style Taj Mahal Palace Hotel, especially the Sea Lounge, which she’s been visiting since she was 13 years old. “You can see the Gateway of India monument and the Arabian Sea from the window,” she says. “I love the tea time, sandwiches, and ginger tea.”
Apollo Bunder; 91-22-6665-3366; tajhotels.com

Khan says the globally focused boutique Atosa, housed in a bungalow on a peaceful lane in Khar, is another can’t miss spot for the style crowd. “They carry contemporary deisngers, and I never leade the store empty handed.”
Aman Villa 6B; 91-22-2605-2509