A Community Raffle That Uplifts Queer Artists and Designers

When Adrian Manuel first learned about the Black Lives Matter protests that swept the nation following the May 25 death of George Floyd, he had an abundance of time on his hands. An interior stylist currently out of work, Manuel had been contemplating how he could use his spare time to support BIPOC and LGBTQ+ initiatives. “As soon as the protests started, I was trying to find a specific way to contribute because I wasn’t comfortable being out at the protests all the time,” he recalls. At the same time, he noticed a multitude of design brands and studios raffling off prizes to benefit racial justice organizations, but none that specifically benefited queer or transgender groups.

Manuel, also a budding furniture designer, decided to create a side table in his bedroom and host an Instagram raffle to benefit trans organizations. While doing so, a lightbulb moment ensued: What if he amplified his raffle—and in effect, his donations—by issuing a call for works by queer artists and designers? He gauged interest from a few close friends and acquaintances, who were immediately game to participate. “Everyone was so willing to offer up something, even if it was small,” says Manuel. “I’m still floored by the generosity.”

Starting today, August 3, Manuel launches the Queer Art + Design Raffle on Instagram. Throughout the week, he’ll be dropping dozens of prizes on his account. One entry costs $15—the more one donates in $15 increments, the higher chance of winning. Payments, which are accepted via Venmo and PayPal, will directly benefit the organizations For the Gworls and Transgender Law Center.

In terms of prizes, design enthusiasts will recognize familiar faces and newcomers alike. The first round of participants includes the rising Brooklyn studio Trueing, who offered up a trio of hand-blown multicolor glass vases. Nicolas Bloise, an independent Bay Area photographer whose work unpacks notions of performance, queerness, and fantasy, donated a sensual self-portrait in which he poses nude inside themed rooms at an hourly love motel. Sophie Collé’s contribution, a duo of birch “Ladies in Purple” plant stands, wouldn’t look out-of-place in the fictional utopian environments rendered by the digital artists Andrés Reisinger or Alexis Christodoulou. Later in the week, expect prizes from design industry mainstays Apparatus, Beni Rugs, and Confetti System, as well as emerging artists Pablo Olguin and Rita Nazareno. 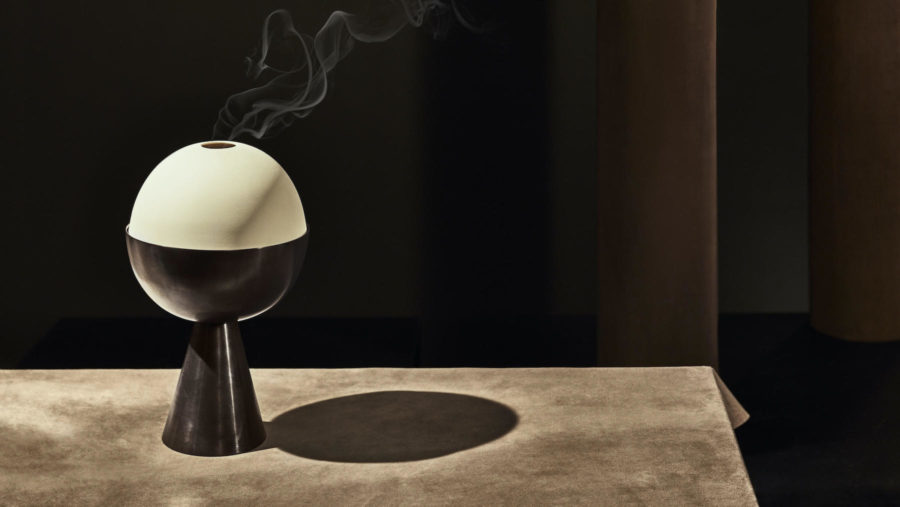 “When designers and studios make it big, sometimes queerness gets put on the back burner,” says Manuel. “I wanted to find some artists who were willing to take those labels and really own them, instead of simply blending in with the rest of the design industry.” The prizes on offer not only illustrate a brilliant spectrum of queer expression, but demonstrate the power of independent organizing. So far, Manuel’s only marketing tactic has been through his network sharing fliers (designed pro bono by Aidan McDermott) on Instagram. “I wanted to see what I could do with what I have personally,” he says. “This is about community and what normal people can provide for our trans family. We’re just trying to raise money for human beings who need help with rent and other basic necessities like human rights.”

And for a one-man show, the momentum he’s achieved has exceeded expectations. “I thought maybe ten people, at maximum, would donate prizes,” he says with a laugh. So far, he’s secured more than 30 donations, and that number continues to rise as word gets out.

Aiden Bowman, who co-founded Trueing with work-and-life partner Josh Metersky, says that participating in Manuel’s initiative was a no-brainer. “Maybe this is a metaphor for a larger gesture—ours is just a small donation—but when your people ask for support, you give it in any way you can,” he says. “We must all support our trans family. If design is the conduit, even better. Simple as that.”

For Manuel, the Queer Art + Design Raffle serves as a precursor to his lifelong aspiration of curating and managing a small shop that sells objets. (“Weird things, like ceramics, small lighting fixtures, and furniture pieces.”) While that goal may currently be out of the picture as bricks-and-mortar retail continues to grapple with the aftermath of government-mandated shutdowns, every item in the raffle is something he would put inside his home. “It feels really nice to be able to show that side of me,” he says, noting that his network of queer creators is expanding tenfold. “There were so many artists who reached out and didn’t quite fit into this raffle specifically, but I’m interested in developing a rolodex of queer artists and designers. As a stylist, I want to purchase from a variety of people, and I’d rather give back to LGBTQ+ and BIPOC folks first.”

Supporting these communities—and creating new ones—has afforded Manuel much-needed solace during turbulent times. “After the past two months, I think we feel much more comfortable embracing, and forcing others to embrace, our LGBTQ+ and BIPOC identities,” he says. “I’m just happy that others can feel confident doing that as well.”

Update: On August 10, Manuel announced that the Queer Art + Design raffle raised more than $25,000 in support of For the Gworls and the Transgender Law Center.

Designer of the Day: Martin Laforêt