Ai Weiwei seems tired. It’s an unseasonably hot October morning, and the Chinese artist and activist has been standing in the sun for a couple of hours in and around Washington Square Park, talking about his newest work, a Public Art Fund project titled “Good Fences Make Good Neighbors,” which spreads throughout New York’s five boroughs. He hasn’t been in the city very long, either; he confides that his plane landed at midnight.

Yet Ai is easygoing and gracious. As he emerges from the fenced-off area where construction workers are drilling away at one of his installations—a kind of massive, metal, squared-off birdcage set into the park’s iconic marble arch—passersby become aware of his presence. They swiftly snap photos on their phones as if he were a pop star and approach him with requests for selfies. Ai turns no one away. When we sit down on a nearby bench to start our interview, a young man approaches, awestruck. He hesitantly asks for a selfie and, once the deed is done, tells Ai and anyone within earshot that this is the best thing that’s ever happened to him.

“I do feel that the only power you have is, you have more responsibility,” Ai says quietly.

(Filmed and edited by Will Fancome)

It hasn’t always been this way. Shortly after Ai was born, the Communist government condemned his father, a prominent poet, during a purge and sent the family into internal exile for almost 20 years. “We had been forced to leave our house … we didn’t ever go back,” he explains. Half a century later, the Chinese government targeted the younger, outspoken Ai, who’d built a large following while critiquing state policies on the popular social media site Sina Weibo and launched a citizens’ investigation of the 2008 Sichuan earthquake. The government responded by beating Ai, placing him under house arrest, demolishing one of his studios, charging him with tax evasion, arresting and detaining him for three months, and, when it did release him, keeping his passport for four years. It was only in 2015 that he got it back, and he moved to Berlin shortly thereafter.

“My experience is always associated with people who don’t have homes and are seeking a place to have an income, or for their children to have some education and protection,” Ai says. That identification is what led him to the subject of much of his recent work, including the latest Public Art Fund project in New York: the global refugee crisis. “I was forced to stay in one location, not to leave; now you see so many people are pushed away from their homes—sixty-five million people today have forcefully had to leave their houses, and there’s no place to go.”

Ai has taken different artistic approaches to the topic: In exhibition spaces, he’s displayed dizzying arrays of items left behind by migrants, and he made his first documentary feature film, Human Flow, by visiting 23 countries and interviewing, by his own count, 600 people. “Good Fences Make Good Neighbors,” on view through Feb. 11, 2018, is distinct from those previous efforts for its relative subtlety and reliance on symbolism. Although the collection of 300+ artworks include some straightforward elements—banners of immigrants’ faces (from Wassily Kandinsky to Human Flow subjects) as well as posters with statistics, quotes, and poetry about immigration—the centerpieces are a series of elegant, site-specific sculptures riffing on the structure of the fence. These include (but are not limited to) an oversize golden cage that viewers can enter at the southeast corner of Central Park; metal stanchions covered in mesh netting that encircle the World’s Fair Unisphere in Flushing Meadows Corona Park; the Washington Square Park structure, which features a passageway cut through the center in the shape of two fused human silhouettes; and three simple, vertical panels of fencing connecting two buildings on East 7th Street—where Ai himself lived as an immigrant in the 1980s, without a reputation or, for part of the time, a visa.

“It is a very personal project,” Ai says. “New York City, it’s a city of immigrants. Everybody here is from an immigrant family, or their father or grandfather could be refugees. If you see the people we pass in this park, you’ll see people babysitting, other people do construction, fix the roads—they are not natives. They’re all immigrants.” And for the ones who are undocumented, who live anonymously and in fear, “it’s like a modern-times slave,” he says, raising his voice ever so slightly above its usual soft register.

Ai has been criticized for taking his identification with migrants too far: When he photographed himself lying facedown on the beach where three-year-old Syrian boy Alan Kurdi washed up dead, critics called it “truly tasteless” and “lazy, cheap, crass.” Ai seemed unbothered by the episode—perhaps he’s still grasping the full extent of his power now, as well as the responsibilities that come with it. Or maybe he’s just less concerned with questions of taste than he is with wielding that power however he can, while he has it. “As an artist I’m always focused on how to set up this kind of new channel … to tell people who they are, what kind of value we defend, what kind of time we are living in,” he says. His own life has taught him how precarious that role can be. 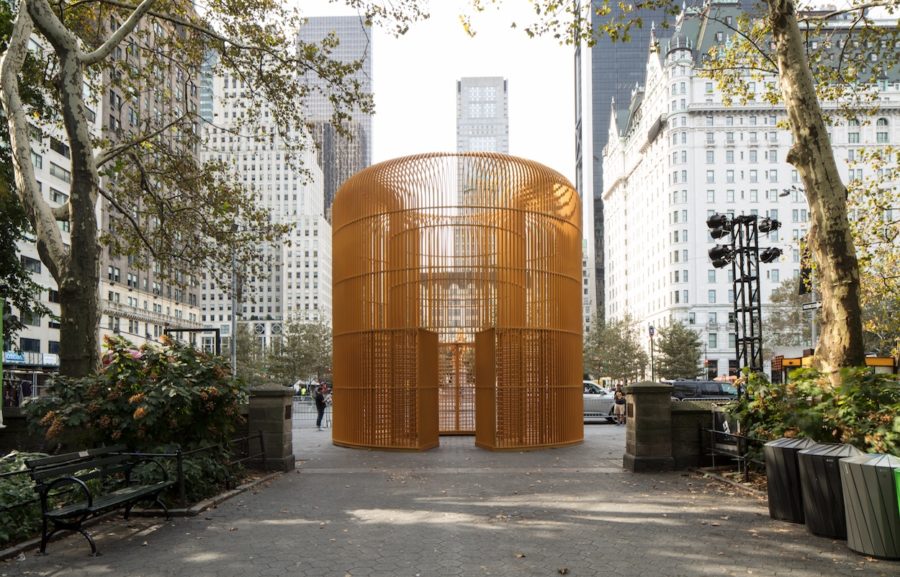 We All Live Inside Alec Egan’s Freakish Floral...