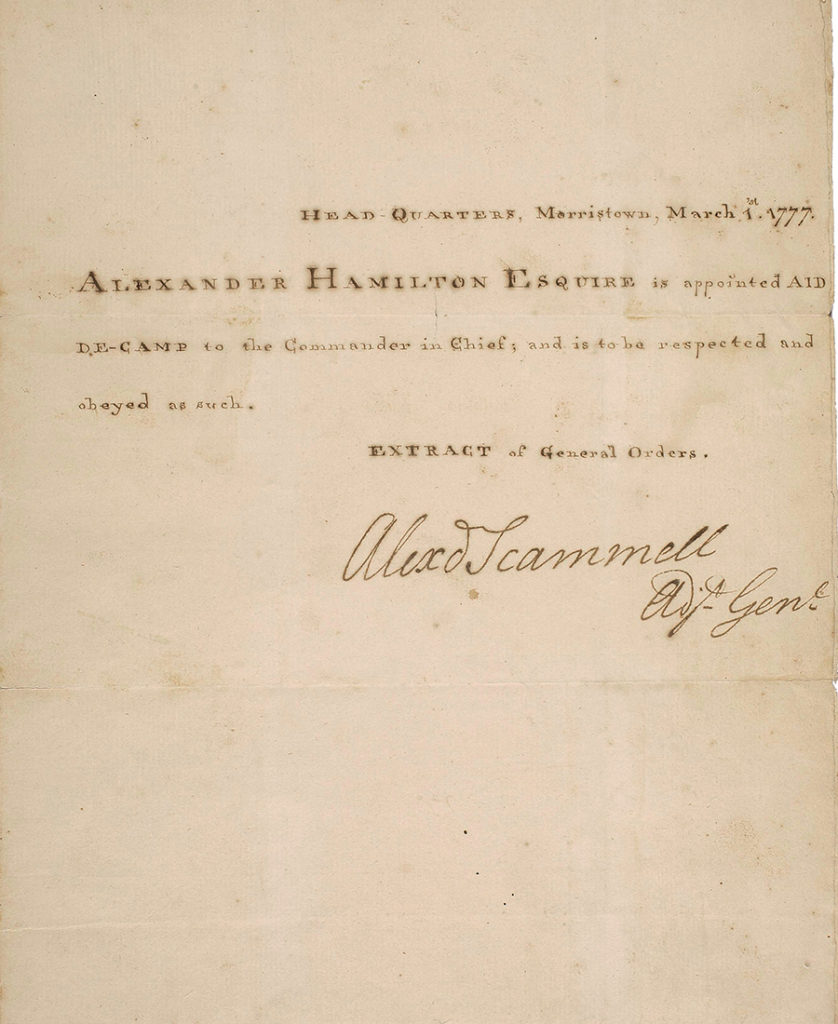 David Korins, the set designer behind Broadway’s Hamilton, curates an exhibition at Sotheby’s.

David Korins, the set designer behind Broadway’s Hamilton, curates an exhibition at Sotheby’s.

As the set designer for “Hamilton,” David Korins had to imagine what it would be like to live in New York two-and-a-half centuries ago. “I tried to loyally and thoughtfully recreate things with as much historical accuracy as possible,” he says. Still, however painstakingly researched, he says, the props are no match for the real deal.

More than 70 letters, manuscripts, and other documents from Alexander Hamilton’s archives are currently on display at Sotheby’s, alongside other lots from the auction house’s annual Americana Week sales. With his close ties to the founding father’s recent surge in popularity, Korins came on board to organize the exhibition component. The hundreds of lots, from furniture and fine art to decorative objects, some made as recently as the 21st century, also contain items that predate the United States. Considering Hamilton’s place in that history, “the profundity of actually holding a real live historical document is a spectacular honor,” says Korins.

Scenes from the exhibition. At left: An order appointing Hamilton as General George Washington’s aide-de-camp.

“In general, I was inspired by the unbelievable craftsmanship,” he says. “And the incredible effort it took, whether it’s sitting down and writing a letter with quill and ink on parchment paper, or making a rocking horse. In a country that is now struggling with what our ultimate industry is, I was struck by that.”

One discovery stood out as a favorite: a letter written by Hamilton after his son was killed in a duel. “He was moving uptown, and he sketched what he wanted his garden to look like,” Korins says. “You see a real sense of his mourning, and what it would mean to find a place of solace.”

When asked if he feels he understands Hamilton and his peers better after organizing the exhibition, Korins demures. “These people are, in some ways, unknowable,” he says. “Any information is another piece of the puzzle.”

Above: The note by Alexander Hamilton featuring a sketch for the garden at his Manhattan home.