“Space Camp,” created by the artist in collaboration with Nike, tests both body and mind.

“Space Camp,” created by the artist in collaboration with Nike, tests both body and mind.

“I’m kind of sociopathic, if I’m being honest,” says Tom Sachs. Scanning the room as he talks, he can hardly stand still. He runs his hand through his curly gray hair, slicked back from sweat. “I really prioritize unimportant things in my life, because I’m an artist, and I totally indulge in being a crazy person.” I nod. I believe him. 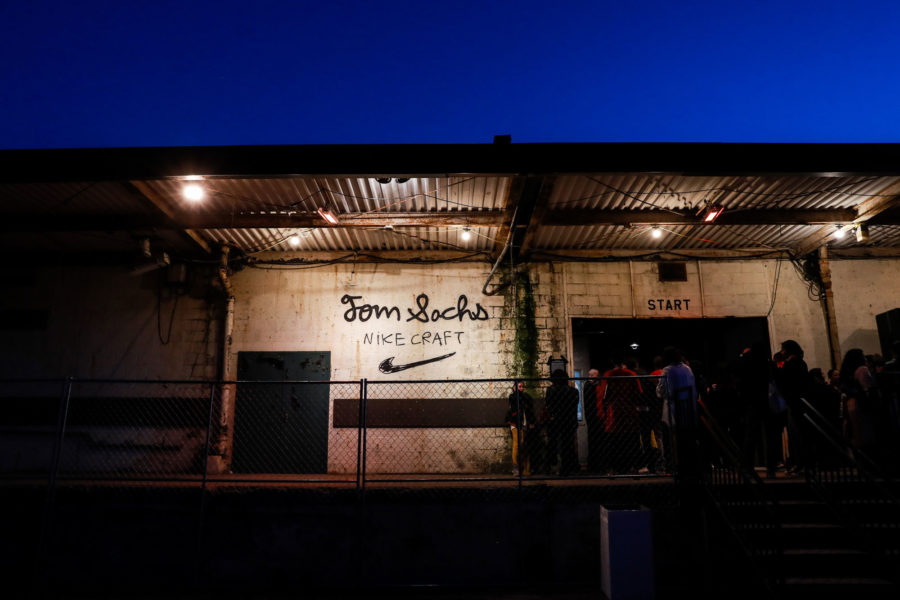 Indeed, The Hero’s Journey, the film visitors will watch before entering Sachs’s gauntlet, dwells on its protagonist’s missteps. It follows an aspiring artist as she encounters the 2012 exhibition, which featured bricolage recreations of spacecraft and NASA ephemera, and, inspired by the works therein, attempts to work her way up the studio hierarchy. She endures cuts, burns, and scrapes, communes with a goddess, and has a tea ceremony with Sachs before emerging as a fully formed Studio Master. After the viewing, visitors get to take the journey themselves. Everyone receives Sachs-designed Nike gear (after all, “Albert Einstein and Steve Jobs both had uniforms,” the artist justifies) and then makes their way through a series of tasks, from jumping on a truck to piloting a toy helicopter.

“If the show is about failure, I did a great job. Turns out, I’m terrible at drawing straight lines, doing push-ups, and avoiding suspended objects. The last one, though, isn’t really my fault. There’s no physical way to get through there without fucking it up,” Sachs declares of the obstacle in question. “We designed it so that no one, not even Catherine Zeta Jones, can get through that.” Thankfully, the end prize is available regardless of performance: the chance to purchase a pair of NikeCraft Mars Yard 2.0 sneakers, envisioned by Sachs himself.

“Space Camp” runs from June 8–18 in New York, and a London edition will follow. Tickets are available here. 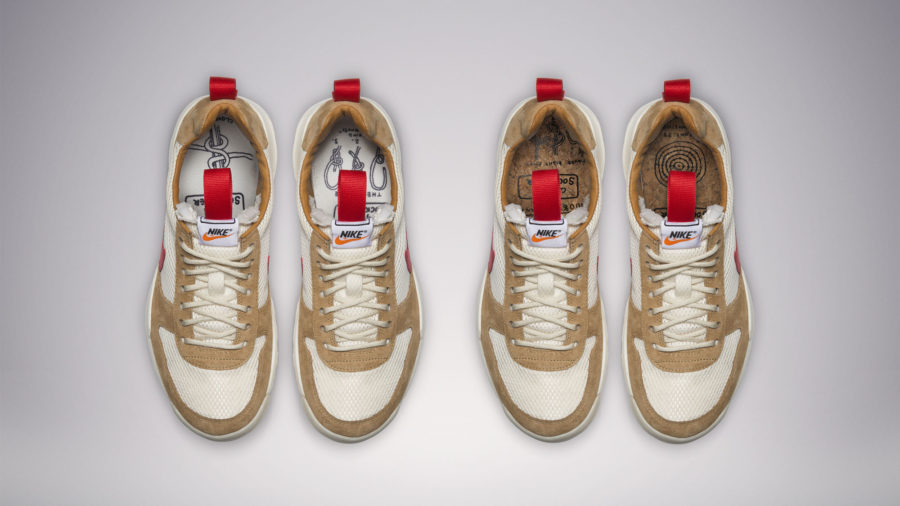