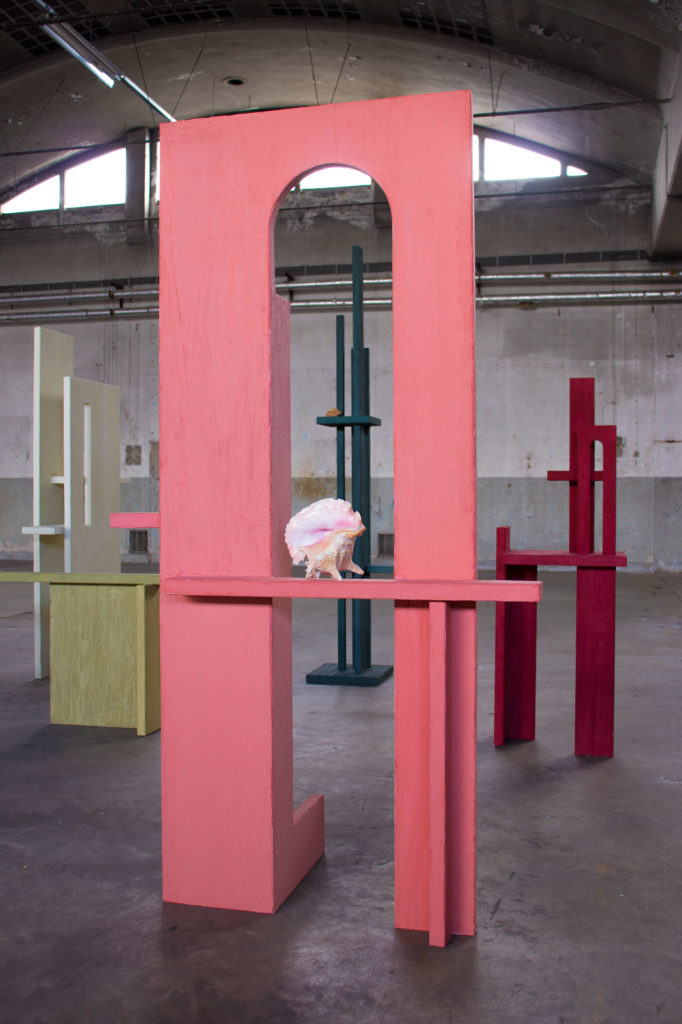 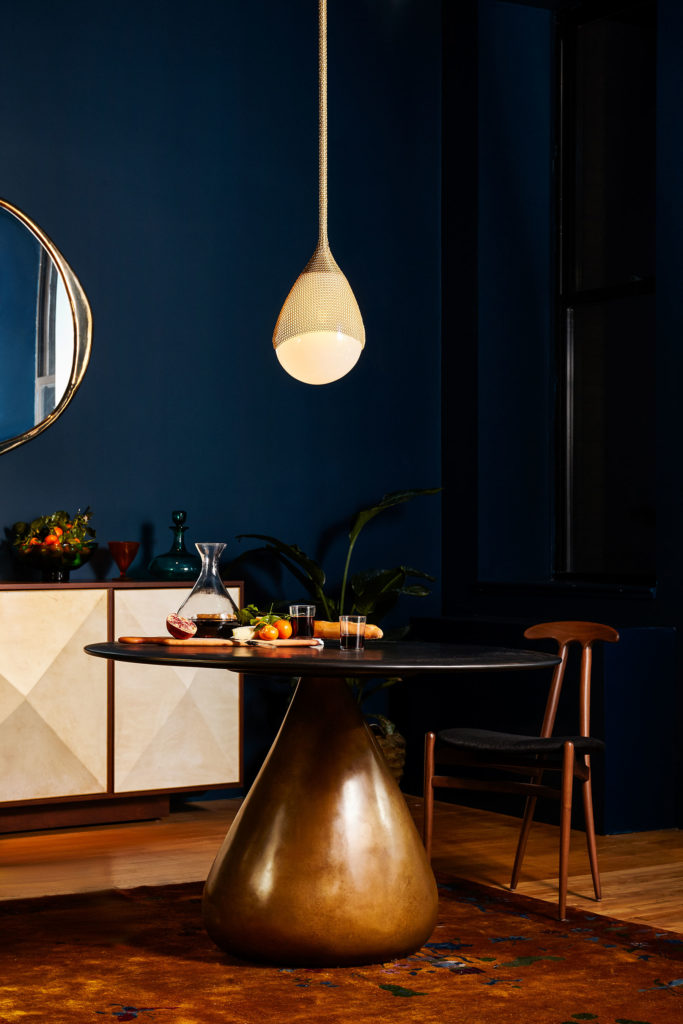 It’s no secret that architecture and design share a fraught relationship with gender. Wage gaps still pervade most firms—even Studio Gang founder Jeanne Gang, despite her ideological commitment to gender parity, identified a small pay gap between men and women at her firm, which she promptly corrected. Meanwhile, a harrowing survey of more than 1,200 architects determined that 85 percent of women have experienced sexual harassment at the office. And when once-beloved figures such as Richard Meier are rightfully exposed for predatory workplace behavior while a list of Shitty Architecture Men circulates, one question remains: How do we move forward?

For Female Design Council (FDC) founder Lora Appleton, who also masterminds children’s design gallery Kinder Modern, this issue is of particular urgency. During NYCxDesign 2018, she teamed with Egg Collective to co-curate the beloved Designing Women exhibition, which shone a much-needed spotlight on standout female design talent. (One participant had work placed in a major art museum after the show.) In Appleton’s eyes, women often fall victim to surface-level impressions—images and stereotypes the patriarchy makes it difficult to shake.

That’s why, during this year’s NYCxDesign, she’s embarking on a similar mission to champion female designers who push the envelope in terms of form, material innovation, and preconceived notions of how objects should look and feel. When online marketplace 1stdibs opened their first bricks-and-mortar gallery space in Chelsea earlier this year, a lightbulb moment ensued: Why not give these women a platform to showcase their talents? Thus birthed the idea for “Deeper Than Text,” an exhibition of 19 female designers who hail from such far-flung locales as Beirut to domestic hubs like Los Angeles. The show seeks to redefine how female designers are perceived by transcending the mundane and positioning their objects and artworks as deep and dynamic—much like the women who create them. We sit down with Appleton and 1stdibs’ Cristina Miller to learn more.

Curating an exhibition of this size is no easy task. So, first thing’s first: how are you?

Lora Appleton: I’m pretty thrilled to be a part of this exhibition. It’s an honor to show the work of these designers and to have their trust and dedication. So much new work was made for the show and brought over from Europe to exhibit for the first time stateside. When in process for me, I never think too much about how tiring it all is, until after!

Cristina Miller: Well, Lora did all the curation—she is amazing at this! I’m so excited to be collaborating with her, the FDC, and these talented master designers and makers and to be elevating their work during NYCxDesign, which is such an important part of the design landscape in New York City and beyond.

Lora, you co-curated an edition of “Designing Women” with Egg Collective this past year.

LA: Yes! It was so cool to be asked by Egg Collective to co-curate last year’s show. It enabled me to highlight historical names (some, such as Mira Nakashima, are still working!) as well as contemporary designers that have made a huge impact: Sabine Marcelis, Mimi Jung, and Marta Palmieri to name a few.

Tell me more about that.

LA: We were very excited to engage top-tier galleries to lend work and designers to the exhibition. It opened up so many conversations, enabled work to be acquired by a major contemporary art museum, as well as helped support quite a few gallery/showroom relationships for female designers who may not have had those opportunities previously. The ladies of Egg Collective and I were thrilled to create a platform to encourage this type of exchange.

What did that experience teach you that proved useful here?

LA: Every chance I get to dig in deeper with women in design, I’m reminded of my own creative journey and to keep pushing as a curator, designer, and gallerist. I learned a ton from Egg Collective. Even in the most stressful situations they run very cool. They’re great team members to one another and the ingenuity runs deep. Their overall strongest message advocates for less self-criticism and more output of work. Focus on your craft and the rest will follow. Women before me have been achieving and succeeding for centuries. I’ll continue to do the same, while simultaneously helping my fellow designers. Through this cyclical support system, we further define our legacy: we are stronger in support of one another.

So, how did the conversation start with each other?

CM: Kinder Modern has been a 1stdibs dealer for years, so we’ve known and admired Lora for a long time, and are always interested in her work as a business owner and a designer. She and my colleague Emilia Vincent connected when Lora was first establishing the FDC a couple years ago; Emilia is a founding member. From there, 1stdibs has stayed involved, and we’re thrilled to see this level of success and growth. When Lora joined the steering committee of NYCxDesign, we approached her for a collaboration, also knowing we were getting our own gallery space (which opened in February). It all came together beautifully!

LA: I approached Emilia and said it’d be amazing for 1stdibs to spearhead this type of exhibition. They’ve been so supportive and a real beacon for the FDC. What an impact we could have if a brand with such a strong industry reach can get behind the work. Imagine five years ago… could a female curator managing an all-female show for a highly successful brand have even happened? I feel lucky for the opportunity and simultaneously aware of how necessary this really is.

How does the title “Deeper Than Text” inform the exhibition?

LA: This presentation focuses specifically on strength in form—work designed and made by women with a poignant use of material and innovation. With “Deeper than Text,” we are redefining the visual message of women in design. In a world driven by the visual, we’re often reduced to an image. I wanted to redefine that image—making it about the work, not what we look like. It introduces a physical narrative in form, emphasizing design work as deep and dynamic (just like women). The exhibition features 17 established and two emerging designers, all informed by process and craft, with precise commitment and long-time repetition. The designers achieve the unachievable by creating innovative, top-quality work that pushes through adversity, rejection, challenges, and gender questions.

What factors influenced the artists/designers selected to participate?

CM: This is Lora’s brilliance. She’s a design visionary with a mission to support women in this industry, and she hand-picked both well-known and emerging designers to create an exhibition that is both playful and subdued, which will visually captivate the audience while communicating the strength of female makers today.

LA: New York has a strong design community, but I often see the same work by the same folks over and over. It’s hard to view designers as original within this context, so I wanted to mix things up and highlight work from both New York and around the world. This contributes to a larger conversation of women in design and illustrates the vast reach of 1stdibs. Their design community is global.

In terms of objects on display, what can we expect?

LA: Expect stunning and innovative lighting, successful new forms in furniture, beautiful works on paper, and fun surprises in textile and clay. We are featuring work from the Netherlands, South Africa, Beirut, Copenhagen, the USA and more!

CM: The pieces are breathtaking—the mix of materials, colors, and forms is exquisite and thought-provoking. Everything can be purchased online, but to get the exhibition’s full impact, we encourage everyone to drop by the 1stdibs Gallery during NYCxDesign, starting May 11.

What are the most urgent issues facing women in design today?

LA: OMG, there are so many issues related to women in design. The most urgent, first and foremost, is the risk to our human rights—our ability to have control over our bodies and thus everything that comes from our bodies. I’m mostly referring to our work and awareness within our community. We live in a society where gender, background, and economic status all influence how we navigate professional landscapes. We need to redefine those definitions and take control of them by using our platforms to encourage, be positive, and stand behind each other in strength and diversity. It’s fine to be different in your work, in your skin, to be the only woman on the job site, and so on. We just need respect while doing so—no more than anyone else, just as an equal.

CM: As is the case in many creative industries, women are woefully underrepresented in the top echelons of design. In the same way that entrepreneurship is risky, it’s risky to become a furniture designer, maker, or artist. Women still carry more family responsibilities than men (whether taking care of elderly relatives or their own children), so the risk can be harder to absorb. Groups like the FDC help by providing support, introductions, visibility, and a community which de-risk the process and offer a roadmap.

How does “Deeper Than Text” address those issues?

LA: It highlights phenomenal quality in design. Through quality we achieve equality. You cannot tell the creator’s gender—all you see is phenomenal work. For me, that was essential. It levels the playing field and reminds the design industry that we’re here, period. And for the record, we’ve been here for centuries, and will continue to do so whether we’re recognized or not. I now have the ability to help recognize, and wow—what a privilege!

CM: By uniting so many impressive female makers and showing such high-quality work, we’re reminding the city—and the world—that one can curate an unparalleled exhibition entirely with pieces by women. To paraphrase Lora, that in and of itself sends a powerful message.

What do you hope the community takes away from this?

LA: I want the community to recognize world-class design, and then discover that it happens to be made by women. There is no need for shock or difference—it just is. Women make amazing work regardless of their gender. I hope there will be a sense of near-indifference to gender, and clear focus on the work, object, discipline, and dedication to process. There’s an incredible sense of materials and process in this exhibition. Kiki Van Eijk’s furniture is covered in a pigmented biomaterial based on maize flour. It has the touch and skin of a painting, yet it’s furniture-meets-object. Textile artist Liz Collins uses Selvedge from Sunbrella fabrics and reinterprets it into Selvedge Fur, testing the limits of materials and sustainability. Our two up-and-coming designers, Amanda Richards and Leah Ring, are pushing the boundaries in resin and acrylic. Innovation is alive and booming! I hope everyone who sees the work recognizes the effort, investigation, and consideration these designers are putting in.

CM: I hope people feel energized and hopeful about the outcome of supporting women in design and blown away by the beauty of the work. Just raising awareness about women in design is a win. We’ll be labeling other works in the 1stdibs Gallery from female creators and business owners, so visitors can see how this concept is woven throughout the broader 1stdibs experience.