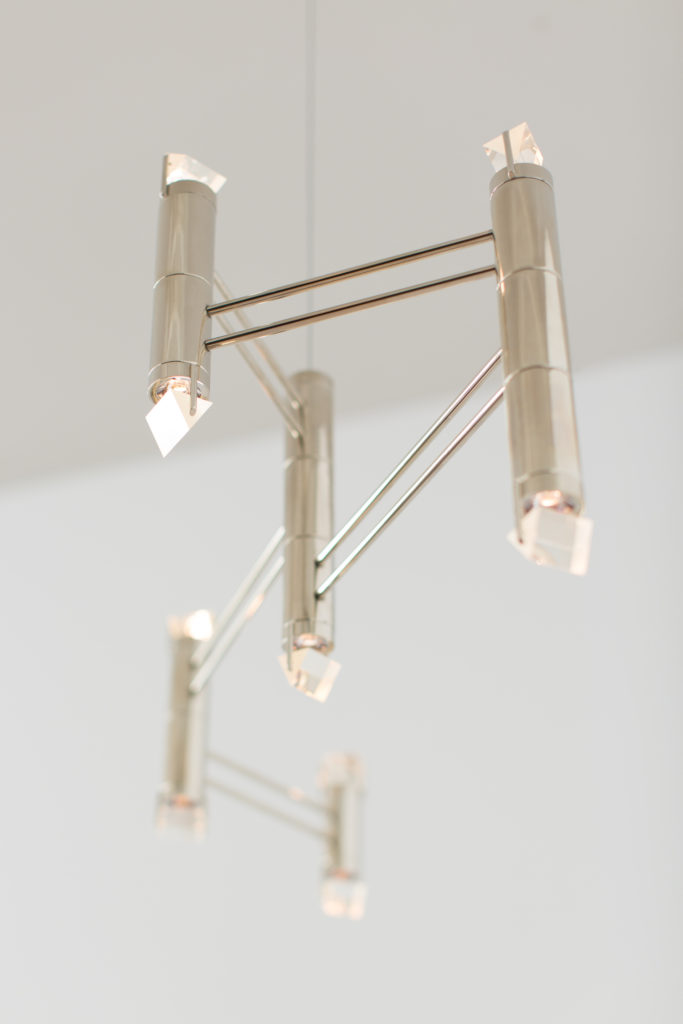 The List’s Project Spotlight column features unparalleled projects created by our forward-thinking List members. By going straight to the source—and having the designers demystify the methods behind their designs—we hope to enlighten and inspire our creative audience to further push the boundaries of what is possible in the realm of design.

The New York–based maker, who has since released a select few (also highly sought-after) lighting designs, will undoubtedly make waves with its newest set of wares.

Three years in the making, Aries, the firm’s new lighting series, is an unequivocal sparker of joy—just look to the brilliant shadows it casts as confirmation.

Below, Bec Brittain herself walks us through how her latest effort came to life.

Bec Brittain is a member of The List, the destination for all things Surface-approved. Want to join The List? Contact our team to find out how to apply.

Overview: The Aries collection is a new system of lighting—my first brand new system since SHY, and three years in the making. The system at its heart is composed of simple cylinders with both up and down lights, which we can configure in any way imaginable. The glass we use standard on the Aries system is a flint glass prism that, when paired with a custom LED and special optics, refracts the light to shine rainbows in all directions and creates an amazing atmosphere.

Inspiration: I was inspired while watching Tree of Codes, a Wayne McGregor ballet for which Olafur Elliason did the visual concept. The opening scene had dancers who were invisible in the dark, except for pinpoints of light on their costumes moving around. I wanted to create a system where the armature was so minimal that all you focused on was the pinpoints of light, like stars in the sky. This is the reason the first group of Aries we’ve made are definitely playing off of celestial forms.

Blueprint: As always, we started from a pencil sketch and kept doing feasibility models in CAD and prototypes. This one, more than most, involved a fair amount of risk-taking, as I really wanted to push the structure as far as it could go—to be as small scale as possible while also reaching far between each “node.”

Challenges: Because I was pushing the structure to the limit, the first round of pieces just didn’t work— the brass was too heavy and sagged and twisted the forms out of shape, and the electrical was so hot it started melting. We really had to go back to the drawing board and start from nearly the beginning.

Uniqueness: While we are currently showing four models of the Aries, the way the system goes together is really so flexible—it has so far to go. The scale is limitless. The formal concept can be so wide-ranging, from the celestial forms as shown, to rectilinear forms—from long and lean forms to thin stacked forms three stories high. The prism is simply our first of what we anticipate will be many different ways we diffuse and modulate the light from the internal LEDs. This system has an incredible amount of potential.

Takeaway: Aries is actually the first piece that I’ve designed with assistance (up to this point I’ve always done all my shop drawings myself). While it took a little getting used to working with someone else (Josh Metersky—who works with me in the studio), once we got the hang of it I think that the two of us together were able to push the capabilities of this system further than anything I’ve done by myself.

Designer of the Day: Mandy Graham