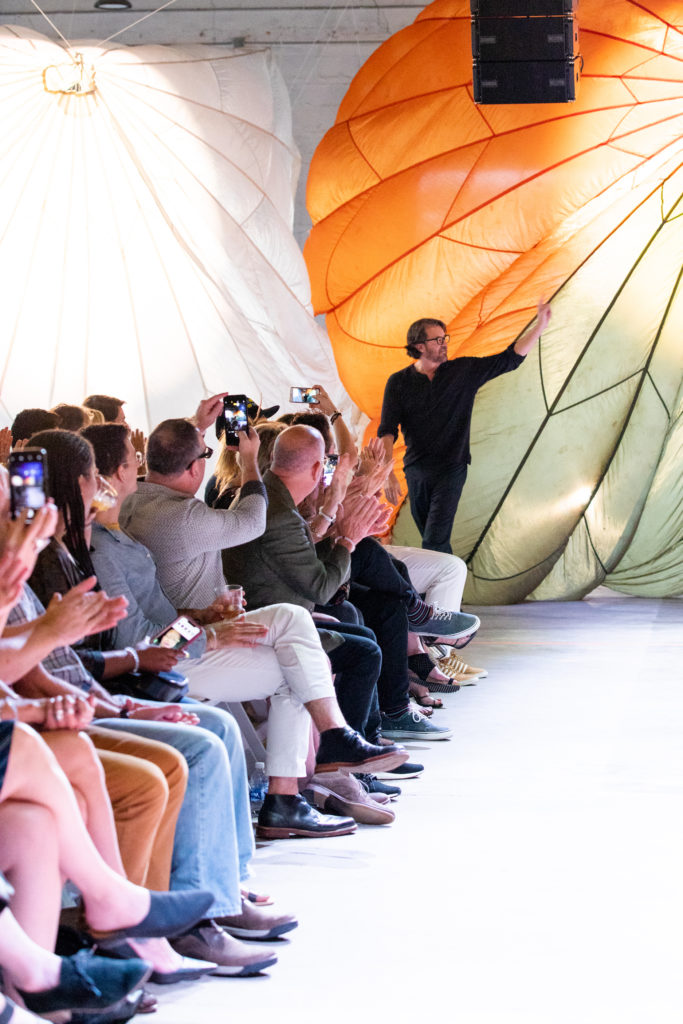 The fashion designer presented his stellar Spring 2020 collection at the 11th edition of his annual festival.

The fashion designer presented his stellar Spring 2020 collection at the 11th edition of his annual festival.

Southern hospitality is a phrase that Billy Reid lives up to. Indeed, when the Florence, Alabama-based fashion designer throws a party, he gets the whole city involved, supplying copious amounts of liquor, a beefy assortment of choice cuisine, live musical acts, and a vibe that is inclusive and emphatically lively. All this was on full display at Shindig, Reid’s annual end-of-summer party that takes over his adopted city, and where he also presents his fashion collections to a crowd of loyalists that seemingly eat up everything he has to offer.

It’s been several years since Reid has followed the industry’s traditional approach of presenting at New York Fashion Week—or in the case of big menswear brands, Milan Fashion Week Men’s. The three-time CFDA award-winner, instead, has gone back to his roots, preferring to showcase his men’s and women’s lines in a relaxed atmosphere that fully reflects the DNA of his brand. For his Spring 2020 collection, which kicked off the 11th edition of Shindig, he took over Geronimo Gymnastics in the heart of Florence, converting it into a makeshift runway featuring a rainbow parachute as the backdrop, and a live jazz band playing in the far corner. Here, a motley crew made up of friends of the brand donned an assortment of styles that speak to southern musical festivals, but with an urban edge.

The first look voiced this message loud and clear, with Nashville-based creative consultant Libby Callaway wearing a sleek linen coat in an eye-catching marble print, over a languid grey skirt and white tee, topped off with a wide-brim hat. This was followed by a number of women’s looks that ranged from relaxed, yet refined suits, to flowing caftans, to roomy shirts paired with drawstring trousers. There were also a number of biker shorts, which seemed out of place in the overall lineup—and, frankly, for his brand. Still, it was a major trend floated among many labels last season, and happened to align with the metropolitan feeling throughout Reid’s collection. 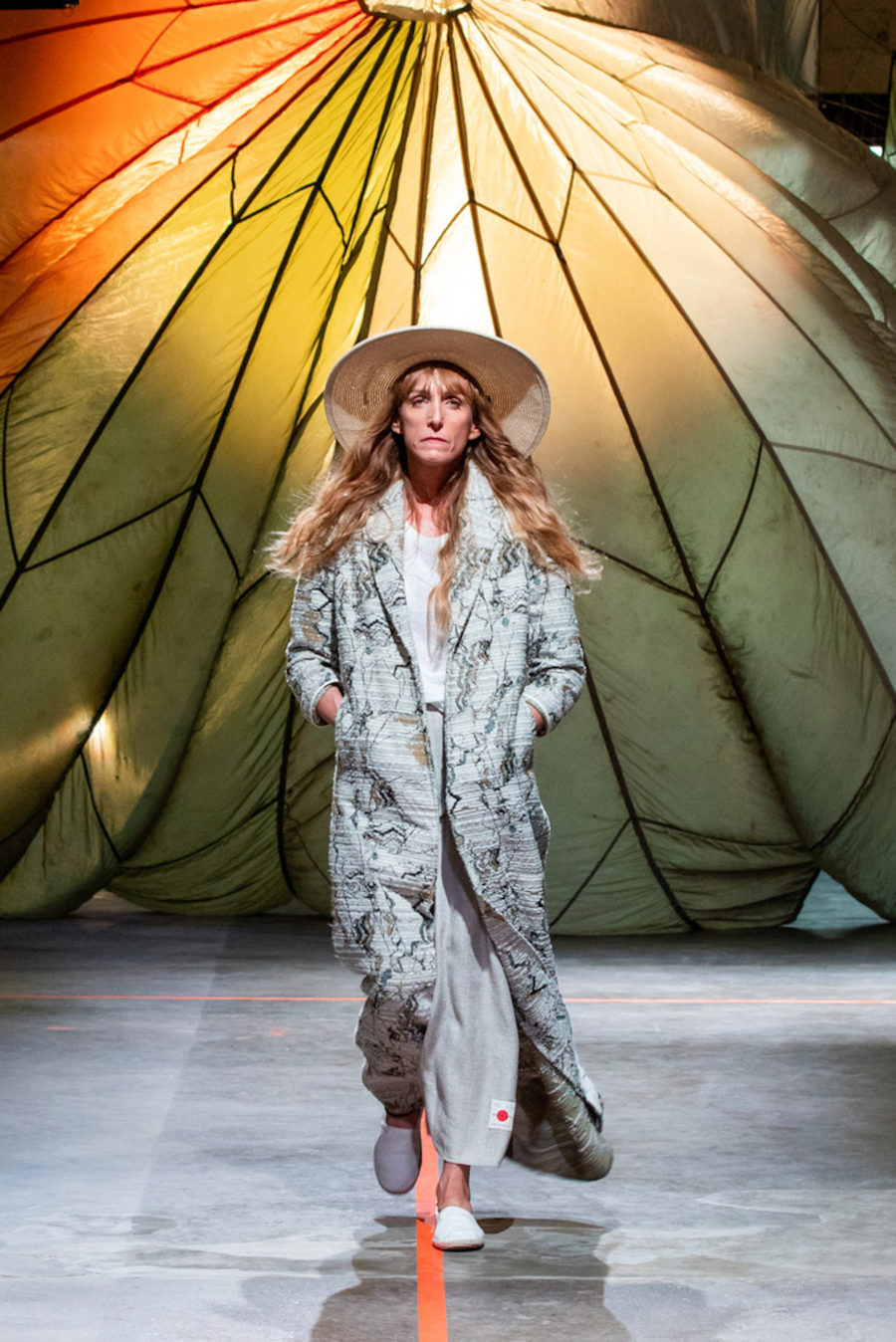 This harmonious blend of disparate fabrics is apparent in his menswear: a trench over a flannel button-down and printed tee, paired with checkered pants; a cotton camp shirt with slim-fit cargos, accessorized with an army-green pouch; and a gauzy nylon jacket over a shirt and drawstring shorts. With these ensembles, Reid proves his deftness with layering, and why he has garnered a slew of awards in this category over his career. And the fact that the models were real folks—coming in all ages and sizes, and displaying their own idiosyncrasies—further highlights the all-embracing ethos of the brand, and the essence of southern charm.