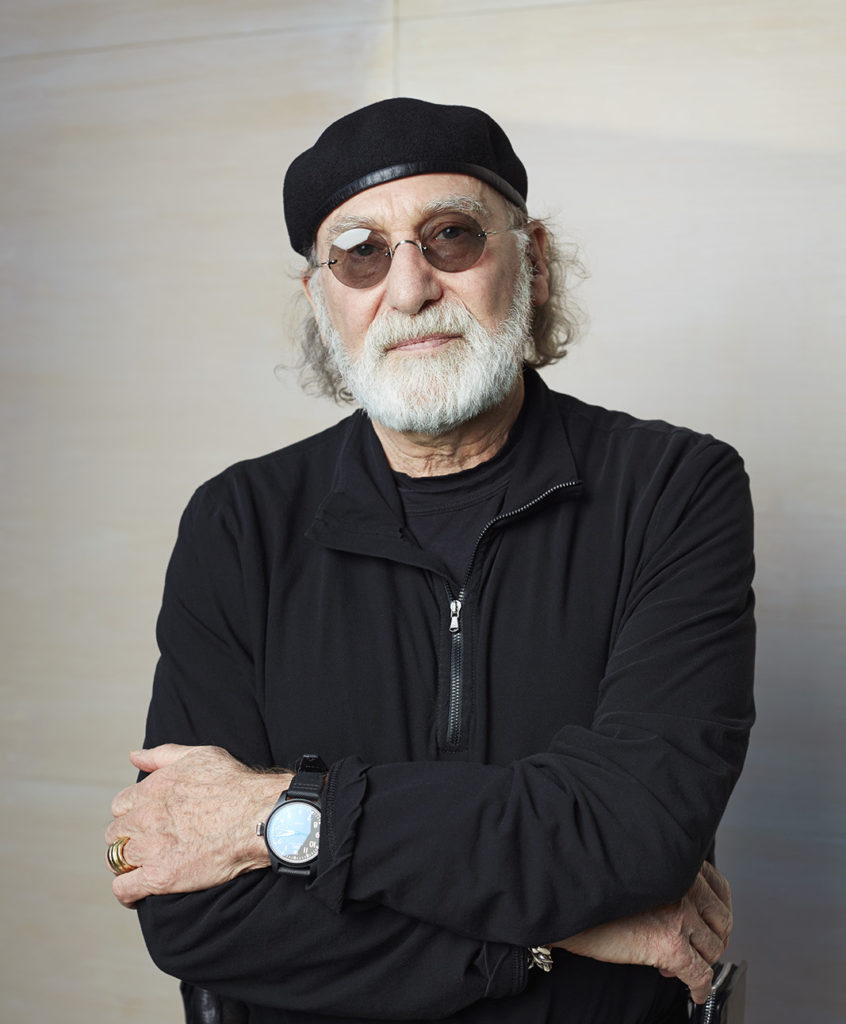 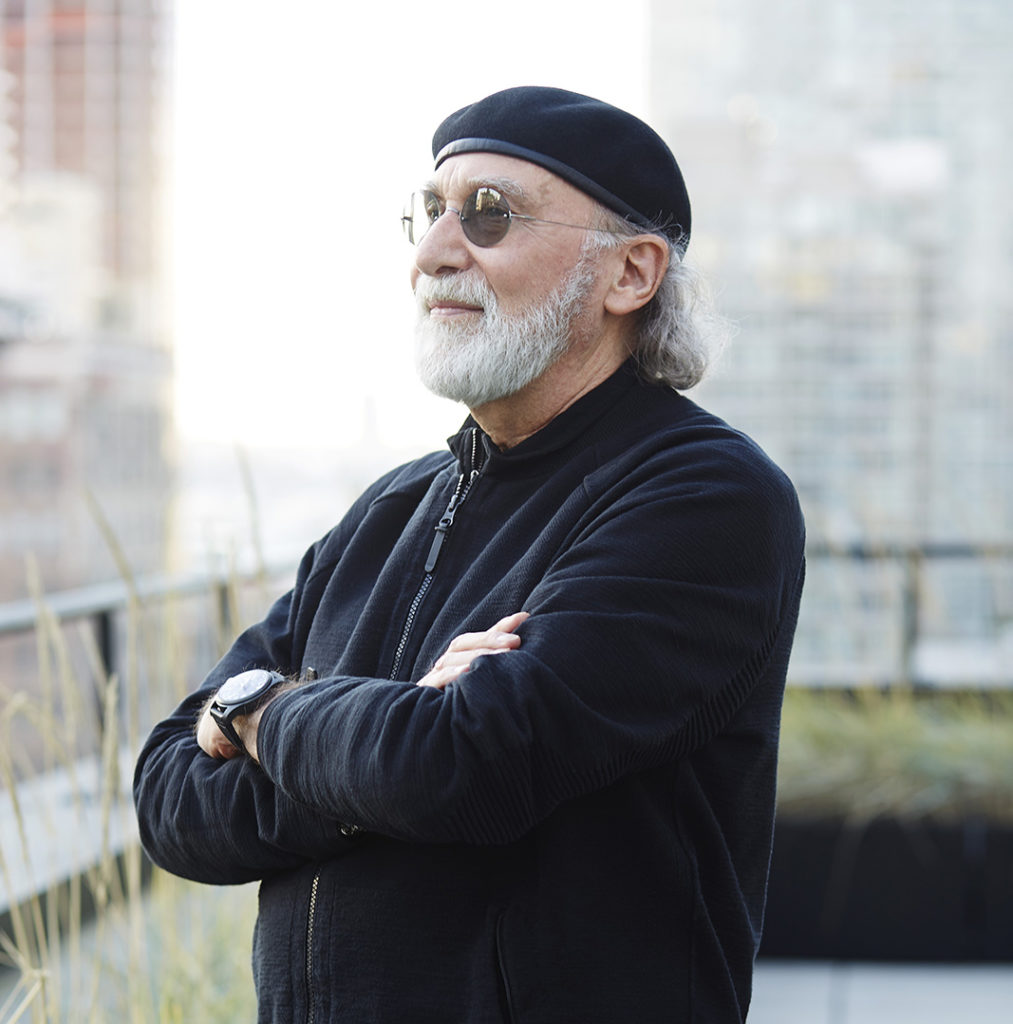 Bob Greenberg Explains Why Connected Spaces Are the Future of Communication

The founder of R/GA has built the company into far more than just an advertising agency. Now, he’s pushing the boundaries of internet-enabled architecture.

By Matthew Price
Portraits by Adam Cantor February 19, 2018
Share
Back

The founder of R/GA has built the company into far more than just an advertising agency. Now, he’s pushing the boundaries of internet-enabled architecture.

Bob Greenberg looks the part. The CEO of digital advertising juggernaut R/GA is nearly always dressed in a uniform of head to toe black—from his shirt and jeans to the beret he often sports. With its Manhattan monochrome and touch of affluent, Baby-Boomer bohemia, the look (which has been compared on the internet to a beatnik Larry David) reinforces Greenberg’s aura and reputation as a visionary creative. Since founding his company in the 1970s, he has reinvented it several times, anticipating changes in communication and media with a prescience that has made R/GA one of the most highly regarded agencies in the world.

Greenberg, 69, first made his mark, with his brother Richard, designing movie titles for a slew of notable films from Hollywood’s second Golden Age—Superman, Alien, and Blow Out, among others. Using special purpose-built lenses and cameras, the Greenbergs brought a distinctive—and kinetic—typographic sensibility to the underappreciated art of the credit sequence. R/Greenberg Associates, as it was then called, moved into commercials and eventually specialized in CGI. The company produced thousands of advertisements, including a famed Diet Coke spot with Paula Abdul cutting the rug with Gene Kelly. Foreseeing the promise of the internet in the early nineties, Greenberg transformed R/GA again, this time as an interactive agency, taking on clients ranging from Levi Strauss to Verizon.

Today, R/GA could hardly be called a traditional advertising agency at all. It offers a variety of services, including consulting and brand development. It has a venture division, which funds start-ups and helps with product development. And its focus has gone from creating traditional campaigns to connected environments that use data to shape real-life experiences and physical spaces. Among its signature work was the release of Nike+ FuelBand in 2011, a key object in the advent of wearable tech, where working out meets Big Data and users link to the Nike+ platform to measure physical activity. One recent product to emerge out of the start-up program is the Hammerhead, a bicycle navigation device shaped liked the eponymous shark. With more than 2,000 employees in 17 offices, R/GA has hundreds of other projects in the works that similarly blur the boundaries between ephemeral information and everyday life.

Greenberg will explore the history of the design and technology that make R/GA’s current work possible with an exhibition at the Cooper-Hewitt, National Design Museum opening February 23. For the show, he has assembled communication-oriented objects from the museum’s collection—as well as a few from his own—including an early dictaphone, fax machine, and electric typewriter, along with VR and AR devices, a drone, and several wearable technologies. Titled “Bob Greenberg Selects: Connected by Design,” the exhibition promises to be part index of personal inspiration and part manifesto.

While the show was being finalized, Greenberg spent an afternoon with us reflecting on R/GA’s evolution. At his top-floor penthouse near the Garment District—flooded with light and filled with an extensive collection of outsider art—he is a genial host and speaks with a measured, Midwestern tone about the pivots his company has made, how the rate of change has only accelerated, and why digitally connected environments are the future of advertising.

Very loosely, the story of R/GA might be told as “From film titles to Big Data.” How did you get started?

My brother and I started in 1977 on 38th Street between Park and Lex in a really tiny [New York] apartment. We slept there at night and worked there during the day. We started with not very much money, about $12,000. He already had a freelance business doing graphic animation for commercials. We got contacted by Steve Frankfurt—who really invented modern movie advertising—and he asked if we would work on the movie Superman. After that we started equally working in Hollywood and New York and worked on hundreds of movies and thousands of commercials.

There was a kind of beautiful simplicity to, for example, the opening credits of Alien.

It’s a reductionist process to go from photography to type and copy. It is really about simplicity. And we wanted to take the best of what was being done in posters and graphics and move into motion. There were only four people [who were doing it at the time]: Saul Bass, who people might be familiar with. Charles Eames did a lot of movies and moving graphics. And Jose and Pablo Ferro, who may not be as well known, except they were doing the most interesting work in title design with things like A Clockwork Orange and The Thomas Crown Affair.

How did you go from TV commercials and more traditional advertising to digital d design?

I started to get very interested in the computerization of the production and post-production process for movies and advertising. [Silicon Graphics and Netscape founder] Jim Clark showed me Mosaic, which was a new technology [an early web browser] that allowed you to have an interface into the internet. When I saw that, I couldn’t get out of what I was doing fast enough in order to create an agency for the digital age. That was when I saw what we could do. And I could see with the internet how that would affect brands and advertising. So we started to move in that direction in 1993, becoming an interactive agency in 1995. 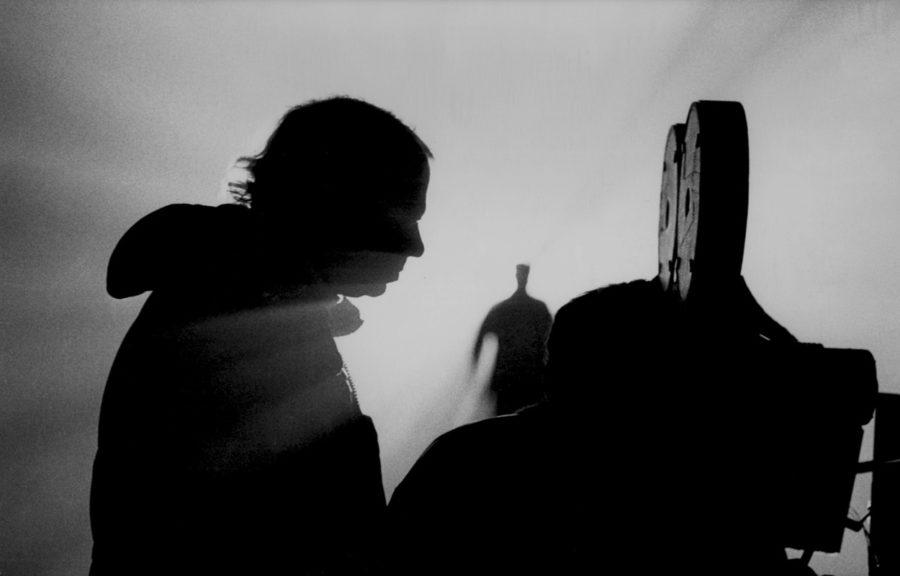 R/GA is famous for transforming itself every nine years. Recently though, you’ve said that that timeline is simply too slow today.

At this point, I think it’s yearly. My wife is very into numerology and she sort of pointed out this nine-year phenomenon. But as we started to move from graphics in motion to the integration of film video and computers, to an interactive agency, to an agency for the digital age and now beyond, those things happened in nine-year increments.

R/GA today: It’s not quite a start-up incubator; not quite a venture capital outfit; not quite an advertising firm. Perhaps you can tell me what it is in your own words?

Today we are very well known for solving marketing, communications, design, and branding problems. By 2013, when we started to do what we call functional integration, it happened quickly. We started asking how you put a consumer in the center of products and services. We’ve subsequently moved into what we call “connected space,” which is our move into architecture—taking physical space and tying it to the digital landscape. That’s a new practice.

By connected space, you mean these branded experiences in which users both consume and produce the information?

It’s a branded ecosystem. Nike has one. Amazon. Google. And certainly, Apple—probably the most famous. But that type of thing is what we started to move into in 2013. By 2015 two years later, we started to see that everything was going to be connected. At that point, we changed our tag line to “R/GA for the connected age.” And then everything was connected in a couple of years: connected cars, connected universities, connected athletes, connected shopping. So we moved to a much a bigger tagline…Connected by Design.

We now have a solution that we call R/GA Ventures that [invests in and mentors start-up] companies. We put together concepts around the internet of things and connected devices, and we normally get about 700 applications. Of them, we choose about 10.

Where does this investment in new technology leave the advertising part of your business?

Advertising will always be an aspect of what we do. It’s been a really important foundation. Only advertising could have funded the innovation that we put together at R/GA. The budgets are there, and I think it’s still true that companies can’t be successful without advertising and marketing communications.

It’s where the money is. If you look at what’s behind Google, there are a lot of things, but really their advertising product funds 90 percent of what they do.

I couldn’t help but notice fitness and sports threaded through R/GA’s projects past and present. Is that by accident or design? They seem to lend themselves to data.

There has always been data connected to baseball in such a significant way, and we’re working with the LA Dodgers on an accelerator for sports technology companies. There’s also data used with running, and we saw that as we created the concept for Fuel, which is a measurement of athletic performance. At Nike they say that you can’t really affect performance if you don’t understand the data. It’s not just coaching anymore; it’s personal and it ties into the whole lifestyle. So it’s using data to help create innovation, particularly in products, services, and e-commerce with our clients around the world.

Is there a particular campaign that you’re proud of?

I have to say the Nike FuelBand, even though it wasn’t considered at Nike to be the most successful product launch. It really launched the internet of things and connected devices. And we have other parts of it that are so successful that people don’t see: Nike+ as a website that has millions of consumers in it. And that’s what’s really going to turn around Nike’s business. If anything, it’s going to be the data that comes from something like Nike+. The whole physical device tied to the internet, to mobile, and social media has just been a complete integrated campaign around activity, running, and sports in general.

So, you’re saying that the consumer isn’t regarding the experience as advertising?

They don’t notice it when you have a complete experience. They go to Nike+, which is e-commerce based, so it’s got all sorts of financial implications, but they may not think of it as a commercial website. It’s where shopping and experience come together.

When you put that together with really cool physical environment, I think that’s the future.

This Fashion Label Is Transforming Its Garment Workers’ Quality of Life