Surface’s Nate Storey led a conversation with the founder of Fingerprints DAO, a leading decentralized autonomous organization, and two of its artists around the possibilities of digital art.

By Surface
Produced for Fingerprints DAO by Surface Studios January 11, 2022
Share
Back

To kick off the discussion, Ramalho gave an overview of Fingerprints DAO–an organization focused on curating, collecting, and promoting smart contracts as art–that is built and governed by individual stakeholders ranging from curators, entrepreneurs, artists, attorneys, finance professionals, and more. Fingerprints DAO operates as a form of venture capital without a typical management structure or board of directors; rather, the funds gathered by the DAO are crowdsourced, and decision-making power is automated by the collective. A token is exchanged in return for funds invested, which results in voting rights for DAO decisions. As Ramalho explains, “It’s an organization where people have their stake with tokens, they own a little bit of the DAO with their tokens. One way to describe it is it’s like an internet community with a bank account.”

An overarching theme among participants was the sense of community, guidance, and overall amplification that Fingerprints DAO offers. Meyohas, creator of Bitchcoin, which is regarded by many as one of the earliest forms of tokenized art, spoke to the impact of Fingerprints DAO, saying that becoming part of the collection is what put her on the map in the eyes of serious collectors. Meyohas also shared the challenges and opportunities that she sees as a female artist and creator in the crypto community in comparison to in the traditional art world. “You can be anybody in crypto… what I look like is not necessarily who I am,” says Meyohas, “Crypto liberates you from that, but there are real risks to that too, because right now the audience is primarily male… And that’s reflected in the taste of what’s collected.”

Meanwhile, van den Dorpel, creator of Mutant Garden Seeder, shared his views on the metaverse, saying that he currently creates for flat surfaces but would rethink his approach if the world continues to move toward 3D artwork. “I like flat surfaces; as an artist I want to respond to user interfaces,” he says, “If we are all working in some sort of 3D world at some point and we have new metaverses for interacting with objects, then I might have some sort of artistic urge to respond to that.” Talking about how the digital art world has impacted spaces for viewing art, van den Dorpel says “it’s often said that the traditional gatekeepers are gone… but I think galleries, museums, and art institutions will always be important. They filter through the huge amount of things that are being produced.”

Surface is proud to partner with Fingerprints DAO on this Design Dialogues panel, and we are excited to continue our work within the digital art and NFT space. 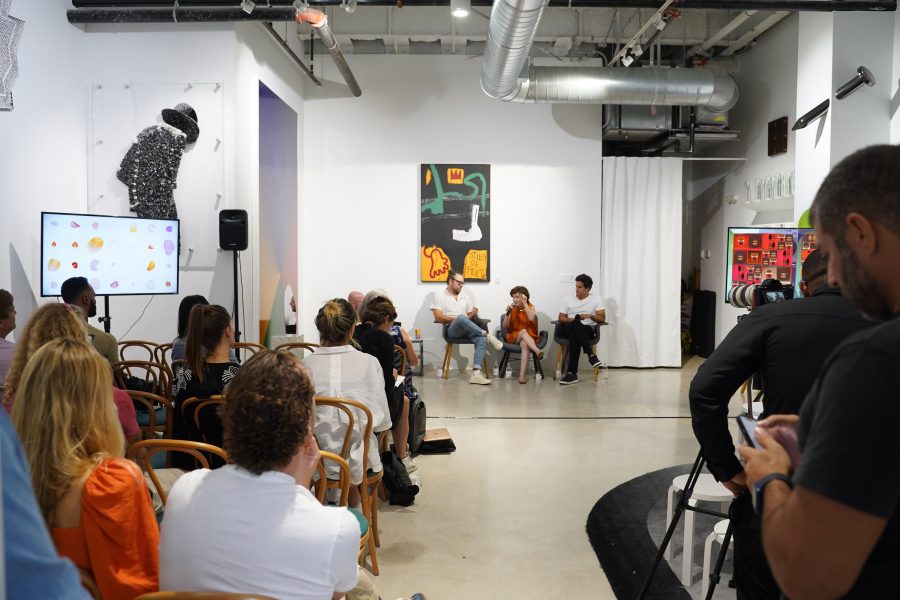 6
Design Dialogues No. 51 with Fingerprints DAO
…

Pantone Is Making Your Monitor More Inclusive, and Other News