On February 17, Surface hosted the 34th installment of our Design Dialogues series, this time featuring February issue cover subject and Pritzker Prize-winning architect Peter Zumthor. The designer spoke with architecture critic Paul Goldberger at the Solomon R. Guggenheim Museum on Manhattan’s Upper East Side. More than 300 guests, including architects, designers, and the institution’s supporters had gathered as Surface Media editorial director and editor-in-chief Spencer Bailey welcomed the audience and introduced Nina Berre, director of architecture at the National Museum in Norway, who spoke about the country’s National Tourist Routes. 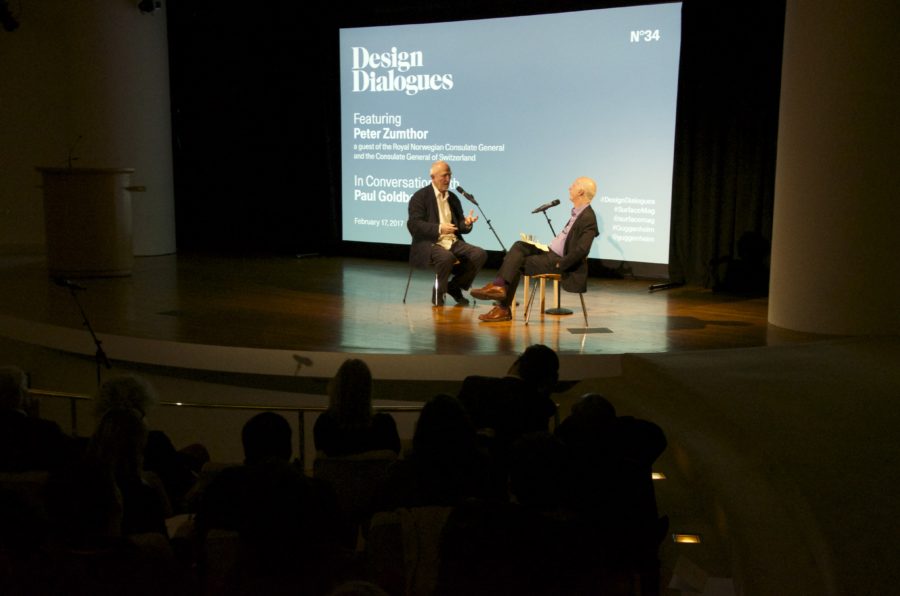 Following Berre, Zumthor gave a presentation on his two projects in Norway: the Steilneset Memorial for the victims of the witch trials in Vardø and the recently completed Zinc Mine Museum, in Allmannajuvet. After his lecture, in a conversation with Goldberger, the architect said of his approach to designing memorials, “We should remember with lightness, not with heaviness.” The two also discussed things such as the importance of intuition in architecture, building in New York City, and his dream commission (a chamber music hall on the water).

Peter Zumthor on Lightness and Weight

On Architecture and Patience