When it comes to this Turkish glassware brand, simplicity reigns supreme.

There’s a fine line that exists between simple and plain. That line—as Turkish glass brand Nude continues to artfully delineate—is defined by quality and enhanced by playfulness.

Though on the market for just three years, the brand, an offshoot of the major industrial group Şişecam, has been prolific and consistently inventive, producing collections with 20 designers from around the globe. Collaborators include renowned names like Ron Arad, Joe Doucet, and Nigel Coates, as well as emerging talents, such as Switzerland-based designer Tomas Kral and the Amsterdam design firm Formafantasma. Nude has created a family bonded by a single core value: simplicity.

Emre Bozbeyli, design director at Nude, steers the company with a philosophical approach. While the brand’s products, which—from vases and wine stems to even a modest stable of lighting—could all certainly be called simple, none is devoid of personality. In selecting design partners, Bozbeyli makes sure of this.

Kral, who began working with the brand in 2013, grew up in Czechoslovakia, where he recalls always being surrounded by glass objects and baubles; the country is famous for its production of glassware. Many of the Czech pieces, he recalls, were rather kitschy. His designs are anything but. Instead of an saturation of detail, Kral focuses on one element and lets the rest stand back. In his Lady collection, which Nude launched at the Maison & Objet design fair in Paris earlier this year, the carafe neck takes a cue from a renaissance ruff. For Salone del Mobile this week, his Parrot tumbler set will be revealed. Unlike the loud bird itself, this delicate glass set is clean-lined and sophisticated.

For Doucet, simplicity is less a goal and more a result. “My approach is to get quickly to the clarity of an idea, eschewing anything that gets in the way,” he says. His no-nonsense process appealed to Nude. In January 2016, the brand invited him to create an object to debut at that year’s Salone. He was immediately drawn to the idea of a decanter. In an almost impossibly quick turnaround, he delivered not one but three concepts. Nude liked—and made—each of them, trickling out the releases over the subsequent year. Most recently, the O2 wine decanter was presented at this year’s Maison & Objet. With an uncomplicated silhouette, the O2’s defining feature is the subtly dramatic etchings in the crystal. “It’s really about homing in on one memorable feature,” Doucet says.

Alongside Kral and Doucet, Nude has so far filled this year with new collections from Inga Sempé and Erdem Akan, as well as first-time collaborators Defne Koz and Formafantasma, whose pieces, shown above, are being unveiled at Salone this week. While adding to the Nude family year over year, Bozbeyli stresses it’s less about the names, and more about where each designer’s heart lies.

“We’re a design brand,” he says, “not a designer brand.” Simple enough. 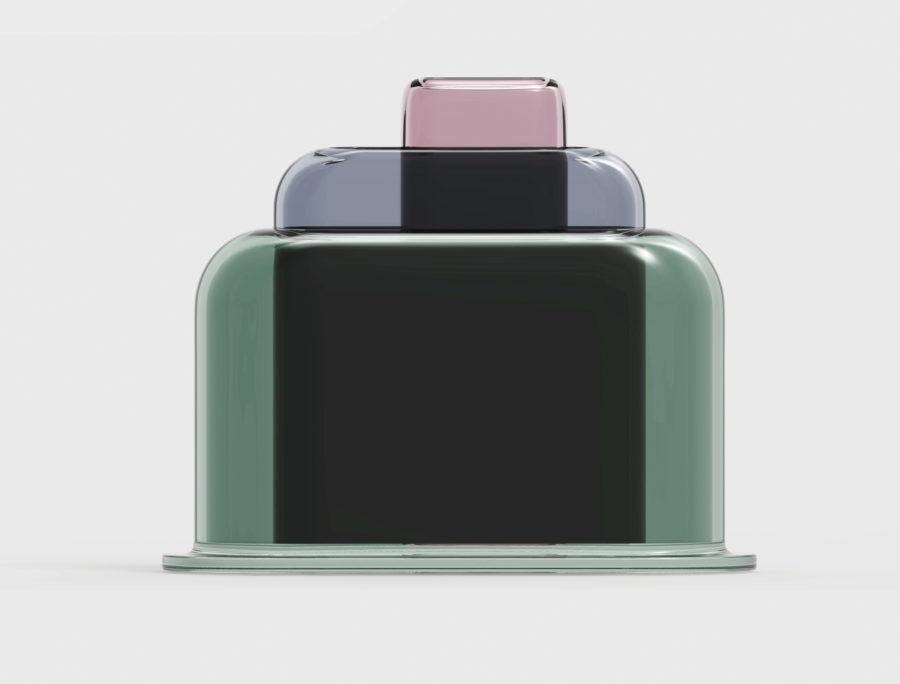