“When you think about femininity,” says Manhattan-based lighting designer Lindsey Adelman, “it’s not about something pretty or delicate. It’s about something different in the way we view and process the world. It’s not about winning the race, but creating a connective energy for improvement.”

Walking into Egg Collective’s studio, where the firm has staged its “Designing Women” exhibition, this energy is palpable. The show, which closes today, brings together 15 female designers and artists, all based in New York, to create a powerful—and peaceful—palette.

Stephanie Beamer, Hillary Petrie, and Crystal Ellis of Egg Collective selected the presented pieces, including a table of their own, to span a vast range of scale and materiality. One of the first things seen from the entrance of the firm’s light-flooded space is a jumbo ball of felted merino wool, Rigger’s Knot by Dana Barnes. Suspended nearby is one of Adelman’s Knotty Bubbles pendant lamps in a new milky aqua colorway she custom-made especially for the show. 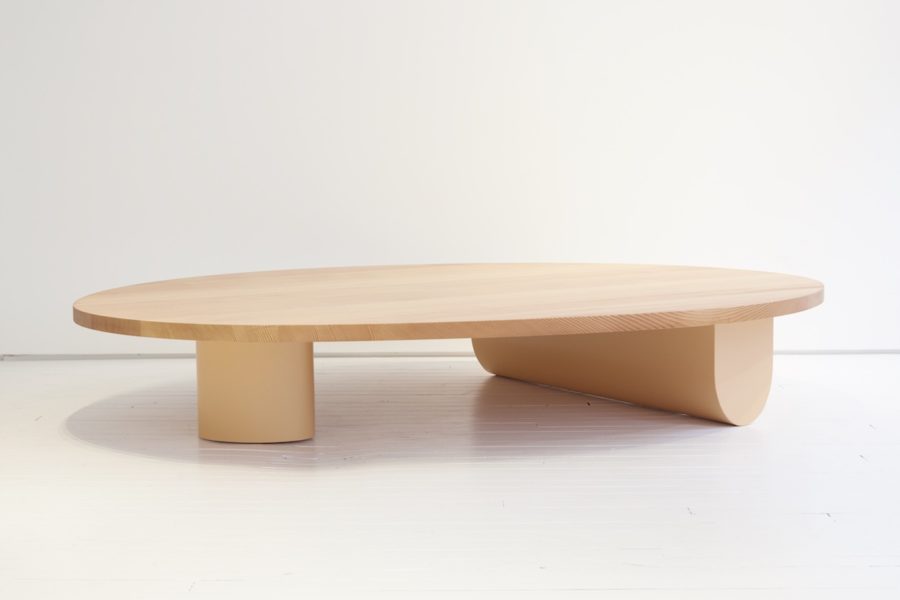 Regardless of scale and material, the works and designers behind them speak the same language. It’s one of strength, community, and beauty. “Once all the work arrived in the space and we laid it all out, it felt very empowering to know you could design a space entirely using women designers,” says Beamer of Egg Collective. Much like the maxim of Girls, Inc., the nonprofit Egg Collective is donating 20 percent of show sales to, “Designing Women” leaves a strong, smart, and bold impression.

“Designing Women” is being shown at Egg Collective’s studio, located at 304 Hudson St., #307. Though today is the show’s closing day, the pieces can be purchased online here.