The artisans at Paris’s most revered fashion house produce its haute couture collections one stitch at a time.

The artisans at Paris’s most revered fashion house produce its haute couture collections one stitch at a time.

Pulling back the curtain on Chanel, the grand dame of French fashion, reveals an elemental force working quietly and diligently, away from the the bright spotlights of runways and red carpets. Hundreds of petits mains sew thousands of Swarovski crystals, construct the house’s signature camellia flowers, and assiduously fold pleats.

These skilled hands turn illustrious creative director Karl Lagerfeld’s visions from sketches and creative briefs into embellished tweed suits and flowing frocks. Inside the label’s spiritual home at 31 rue Cambon in Paris are four ateliers—two for tailleur, and two for flou, or soft construction—where the premières lead the pattern-making, draping, cutting, and sewing for collections and client orders.

Nearby, the directors of 11 time-honored métiers d’art, or maisons with specialized crafts, liaise with Lagerfeld’s studio to employ their individual skill sets, which range from embroidery and feather work to shoe and hat making. Each is filled with artisans who have dedicated much of their adult lives to mastering their know how; most of these talents take about two to three years of schooling, followed by more years of professional training. (Since 1985, Chanel has brought the métiers under its umbrella as a means of preserving them, but each operates independently, working for multiple fashion brands.)

Of course, it’s the handmade component that makes a collection haute couture by definition, but it’s also what ordains Chanel as one of the greats. As a gesture of his admiration for the house’s ateliers and métiers, Lagerfeld designed a collection not inspired by a far-flung destination or modish theme, but rather by the art and craft that has historically defined the maison’s oeuvre. Showed off side-by-side with sumptuous garments at the autumn/winter 2016 haute couture presentation were the craftspeople themselves, who sewed and hemmed in front of attendees as models walked the runway in their creations. But before it was presented, countless hours of labor were put into the collection. Here, a look behind the scenes at its production. 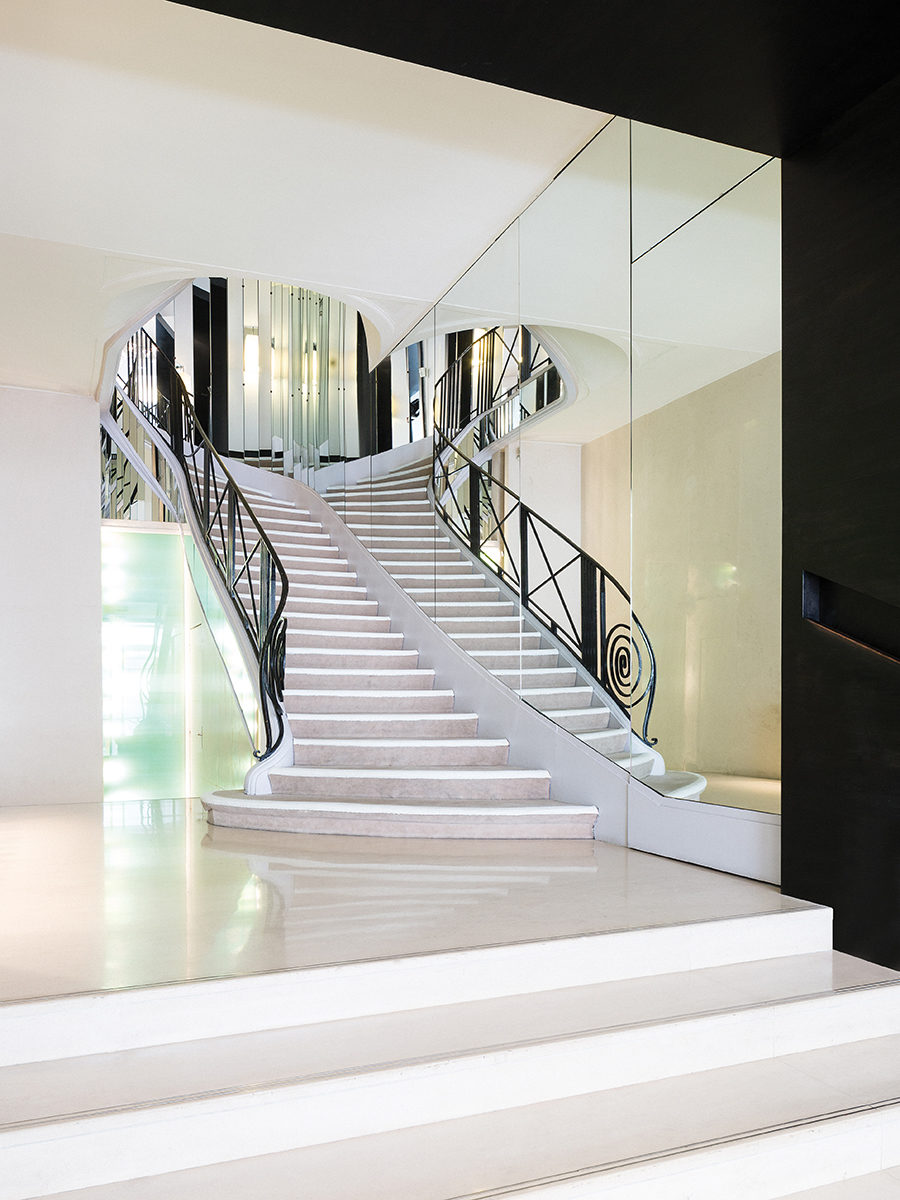 Chanel’s couture salon and its four ateliers are located above the store at 31 rue Cambon, in Paris, an address famous for the second floor apartment where Coco Chanel once lived. It is here that the esteemed premières d’atéliers head their teams of skilled seamstresses and tailors to produce the collection as dreamed up by Karl Lagerfeld and his studio. 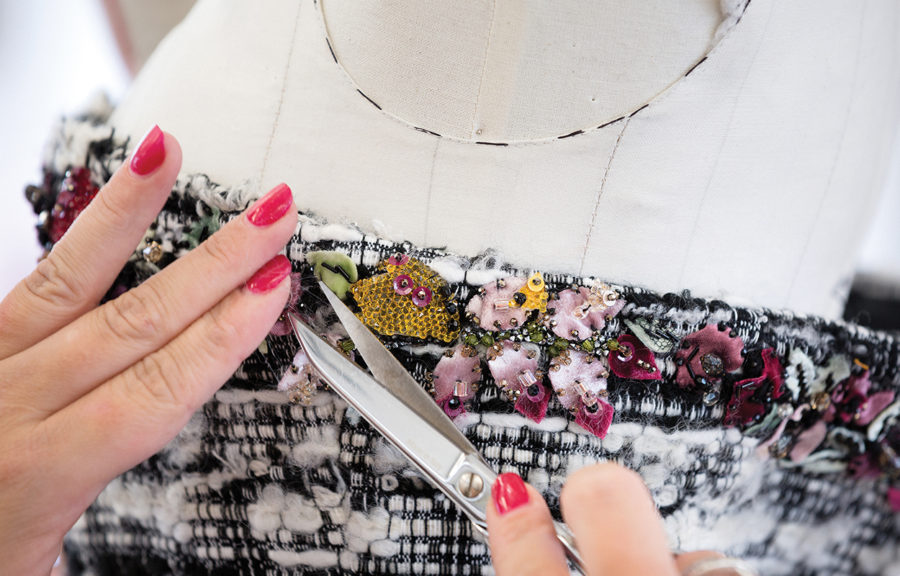 Handmade construction and fine materials set a haute couture collection apart from ready-to-wear. In France, a governing body called La Chambre Syndicale de la Haute Couture determines which houses use the techniques and know how to give them this distinction. 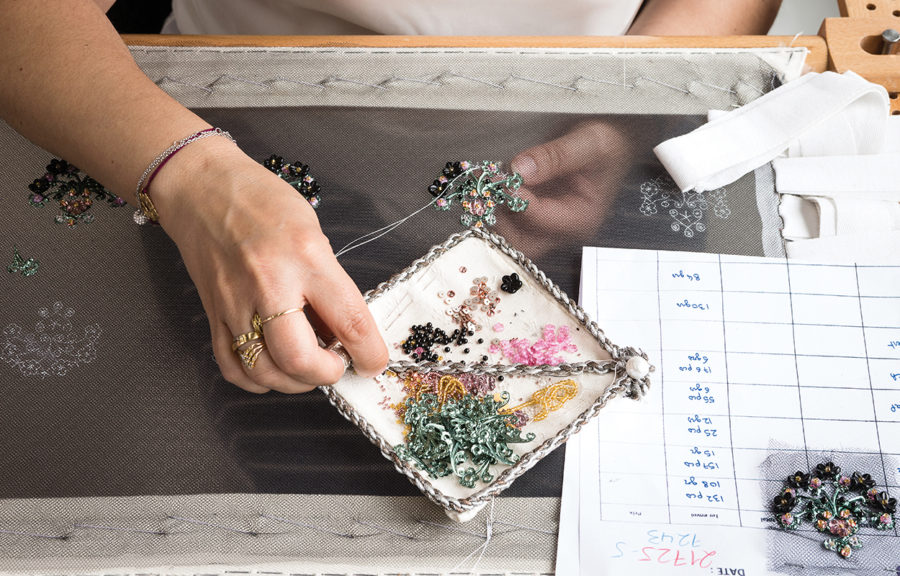 At Maison Lesage, one of the 11 métiers d’art, embroidery has been an area of expertise since 1858. Here, artistic director Hubert Barrère and his team design and produce intricate, beaded pieces for Chanel. The collaboration starts with a creative brief from Lagerfeld’s studio, which ranges from a drawing, to an inspiration photo, to a stated mood. With this, Barrère works to execute his vision using the petits mains of Lesage. For autumn/winter haute couture, the direction was “very precise,” says Barrère. It referenced textile designer William Morris and the arts and crafts movement of the early 19th century.

“We have tons of materials at Lesage,” says Barrère. “But it’s never exactly what we want or need.” Thus, items like antique beads and gold thread are sourced from all over the world, including Japan, Italy, and India. For haute couture, such elements are especially precious. Another precious commodity is time. The workshops have other clients aside from Chanel who operate on the same fashion calendar, and thus they are simultaneously working on pieces for other houses. It is usually only about three to four weeks between receiving the brief and the runway show. 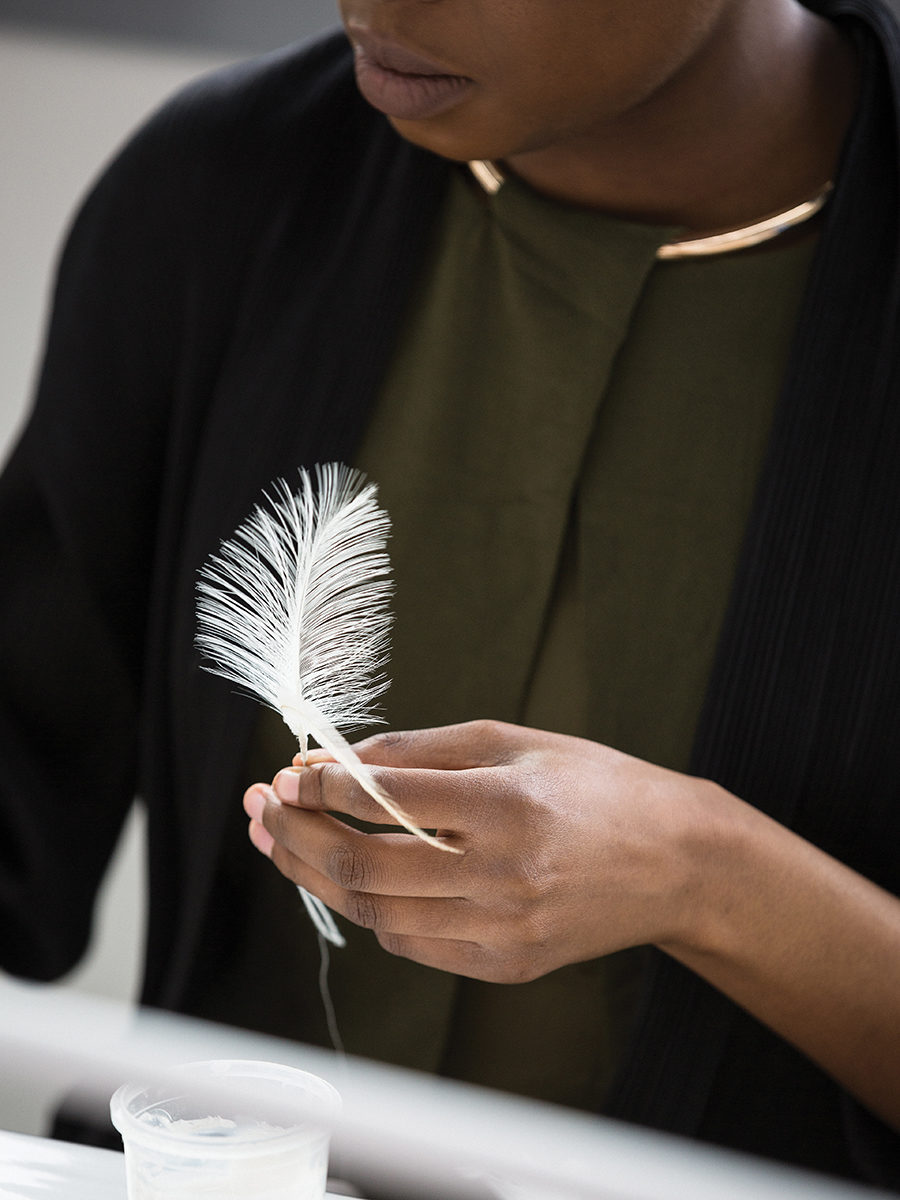 Maison Lemarié is known for its feather work and flower making. It is here that Chanel’s iconic camellias—around 40,000 per year—are fashioned using special tools that give shape to the petals.

“Very often nobody can tell it is feathers because of the techniques we use,” says the workshop’s director, Nadine Dufat, of the craft. An example of this is a fleur motif on Chanel’s collection, which delicately uses pink, red, and orange turkey feathers with Swarovski strass crystal.

“People here like to work with their hands and have the patience [required] of their craft,” says Dufat of the Lemarié artisans. “The know how is very important for couture and for creativity. It’s necessary to use these techniques,” she says. For Chanel’s collection, emu and ostrich feathers were individually applied to collars, hemlines, and full-length dresses.

“The problem of today is that all is quick, and we’re running after time,” says Barrère. “But we do something that’s concrete. It’s not a virtual reality, and the human part of the profession is what makes it fantastic.”