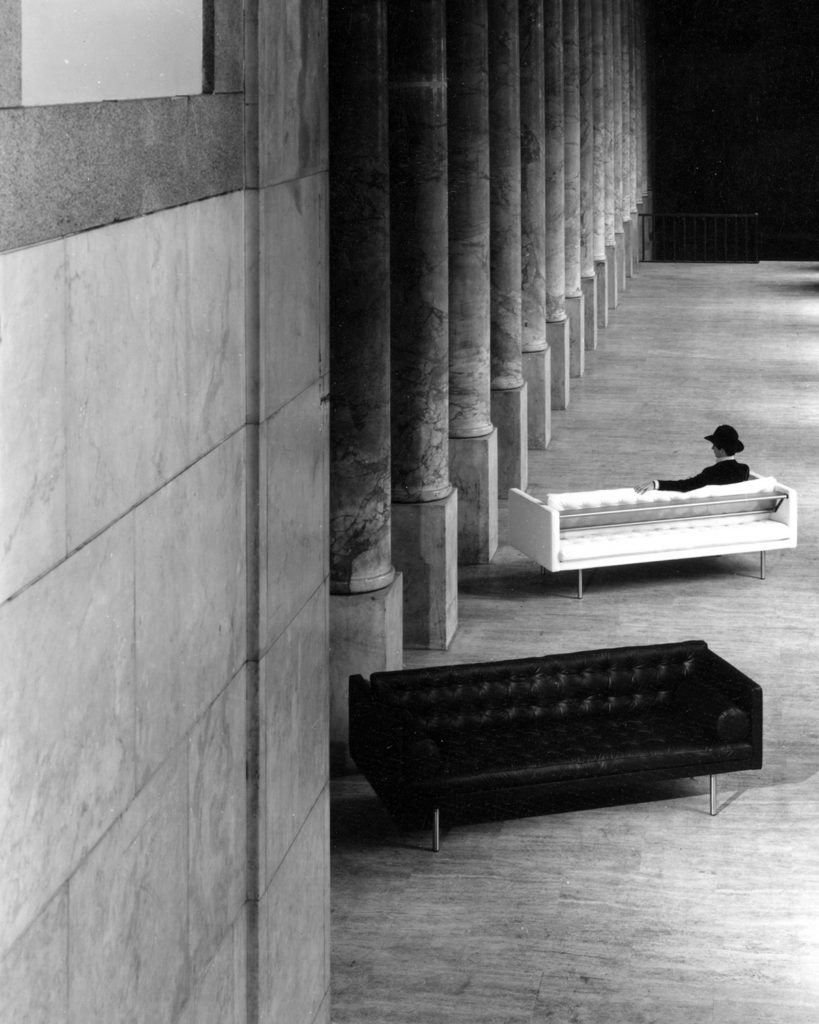 Flexform is bringing Antonio Citterio's Magister sofa back to the marketplace, and not a moment too soon.

Flexform is bringing Antonio Citterio's Magister sofa back to the marketplace, and not a moment too soon.

The centenary of the Bauhaus is upon us, and with it has come an unprecedented volume of commemorative events and initiatives, including exhibitions on the famed German design movement from as far afield as Basel, Switzerland and Cambridge, Massachusetts. But in Italy, one major design-world player is seizing the moment in a different way: by revisiting a chapter from its own past, albeit one that happens to be suffused with Bauhausian flair.

“It was reminiscent of some iconic Modernist pieces,” says Pietro Galimberti. The co-founder of Lombardy-based furniture maker Flexform is speaking about the Magister sofa, one of the most recognizable pieces ever issued by the brand. Originally released in 1982, the expansive, tufted-leather seating element was designed by Antonio Citterio, an architect as well as a product designer whose grounding in history, and his mixing of métiers, gave him a certain Bauhaus-ish cred. Thirty-nine years after its debut, the sofa is now being brought back by the firm—though it can hardly be said to have left, having remained a staple of high-end interiors for over a generation.

The timing, nonetheless, seems propitious. From the moment he first saw it, Galimberti recognized Citterio’s source material: “All the metal parts and the black leather,” he recalls, made the piece “look vaguely Bauhausian.” Unquestionably Citterio drew on other sources as well, chief among them the Italian Rationalists, contemporaries of the Bauhaus group who exhibited a similar dedication to geometric form, material simplicity and industrial techniques. Larger and less spare than Mies’s Barcelona couch, less blocky and more commodious than Gropius’s F51 sofa, the Magister nonetheless has some of the machine-age glamour of both, with a strong dose of the later, post-Bauhaus fellow traveler Florence Knoll.

Magister (from the Latin for “master” or “teacher”) originally entered a design marketplace that was not necessarily ready for such a bold, echt Modernist statement. Postmodernism was then at its height, with vibrant color and eccentric form-making the rule; the stringency and piety of pre-war design was very much in retreat, both critically and commercially. “Throughout the late ‘70s and ‘80s,” says Galimberti, “extravagant ideas and creativity flourished.” Yet Flexform, he says, “was never a company to pander with any trend.” Galimberti knew he was taking a risk, but his own aesthetic instincts carried the day. “I loved the fact that it looked very severe,” he says.

Intuition is key for Flexform, which the co-founder says abjures any “manifesto of our principles.” Citterio, whose collaboration with the firm now stretches back nearly four decades, didn’t create the Magister as a stylistic broadside, enlisting Flexform against the forces of anti-Modernism. Rather, he intended it as a simple statement of his and Galimberti’s commitment to high-quality manufacture and high-performance products. Combining mechanical production with hand-crafted elements, the sofa rises on satin-finished chrome feet, with delicate stitching along the corners of the arms and in the buttons across its broad, low back. Most remarkably of all, an ingenious levering system allows it to be instantly converted into a daybed—a kind of functional versatility the Bauhaus often espoused, but rarely achieved.

Returning anew to a very different global design scene, the Magister finds itself in a far more receptive environment, one where its technical excellence can be appreciated alongside its air of high-modernist romance. If anything, the problem today is that audiences are only too keen on Bauhaus-era design, often mistaking inspiration for origin: “We find that almost nobody is really able to guess when it was first designed,” says Galimberti, though the problem doesn’t trouble him. “That, to me, is a clear sign of a truly timeless sofa.” And isn’t that sort of timelessness what the determined focus of the Bauhaus—and, honestly, the objective of good design—is all about anyway?