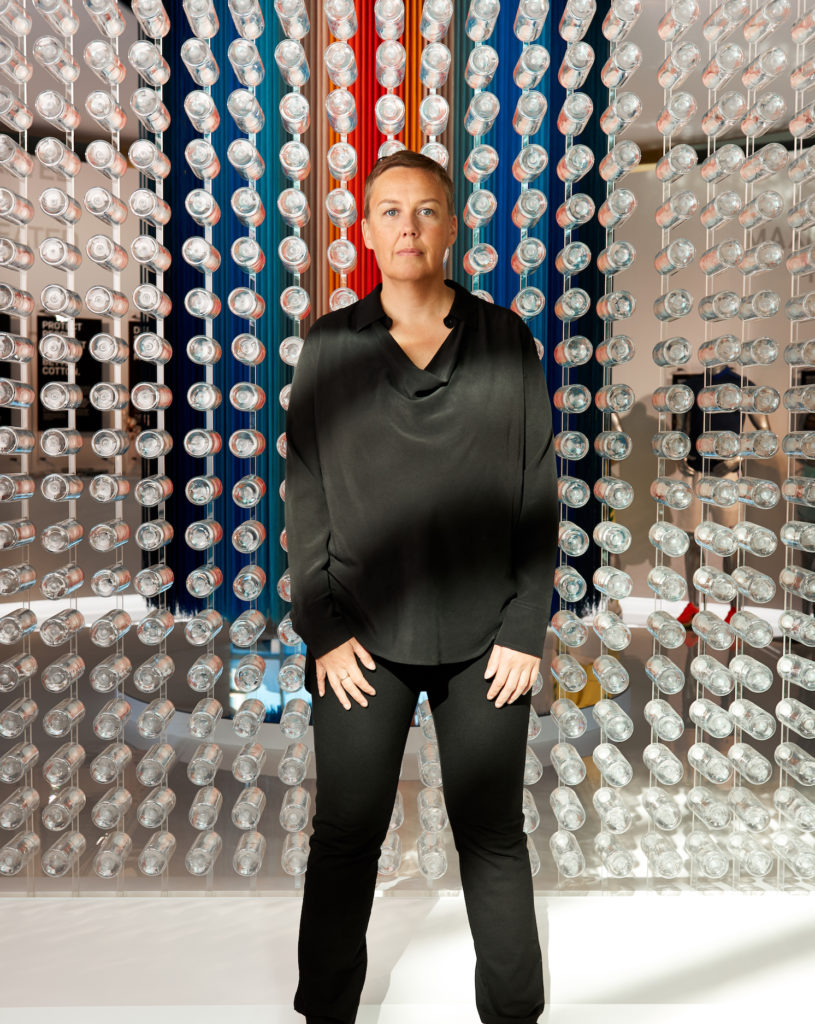 By Alina Cohen
Photos by Dina Avila September 28, 2017
Share
Back

Hannah Jones now works at a very different company than the one she started at in 1998. After holding positions at the BBC and consulting for Microsoft in the early 1990s, she was tapped by the footwear giant to become its first-ever director of corporate responsibility, focused on Nike’s governmental affairs and labor rights–related issues in Europe, the Middle East, and Africa. The company was in crisis at the time: critics were publicly condemning workers’ low wages and conditions at factories abroad. Stock prices were falling. English-born Jones, now 50, saw a major challenge ahead for Nike, and herself, should she accept the position. She jumped at the opportunity.

Over the next six years, Jones transformed Nike’s approach to labor rights. She authored a report that made its suppliers public, and helped establish the Fair Labor Association, which holds affiliated companies accountable for workers’ rights and helps them find labor solutions. Gradually, in addition to concerning the well-being of individuals, Jones expanded her scope to include the well-being of the planet.

In the late ’90s and early aughts, “it became clear that the environment would become a non-negotiable part of our business model,” Jones says. “Our impact on the world was going to be as important as our impact on an athlete or our bottom line.” This vision propelled her through the ranks to her current role, which includes overseeing the company’s entire sustainability strategy (from making business assessments to sourcing sustainable manufacturers) and overseeing Nike’s in-house start-ups, where entrepreneurs-in-residence are tasked with developing new materials. This fall, Jones and her team unveiled their most groundbreaking innovation since the now-ubiquitous Flyknit technology: Flyleather, a sustainable material that cuts a shoe’s carbon footprint in half.

Compared to traditional full-grain leather, Flyleather uses 90 percent less water and 80 percent less carbon in its production process. Composed of recycled leather scraps, which are converted into leather fibers and bound together with polyester, Flyleather is nearly half as heavy and five times more durable than typical leather kicks, yielding superlative performance. Jones calls it the Tesla of their portfolio.

The first sneakers utilizing Flyleather are a limited-edition range of all-white Tennis Classics, available exclusively online and in Nike’s SoHo store. Nike also incorporated Flyleather into a range of iconic designs, including Air Force 1, Air Max 90, and Jordan 1, for select runners and basketball players. “Any waste that comes out of the material when it’s being cut can be reused,” Jones says.

“We’re most excited about where this is going in the future,” says Nike’s vice president of footwear innovation Tony Bignell, who worked closely with Jones to realize the material. As it did with the Flyknit before, Nike plans to utilize Flyleather in future designs. Soon, Bignell hopes, soccer players will be sporting the textile.

Jones describes her journey from risk mitigation, reputation, and incrementalism to innovating across sustainability, labor, and entrepreneurship. “For us,” she says, “sustainability is the world’s greatest innovation challenge.”

This Sleek Speaker Fixes Auditory Anomalies in Your Architecture