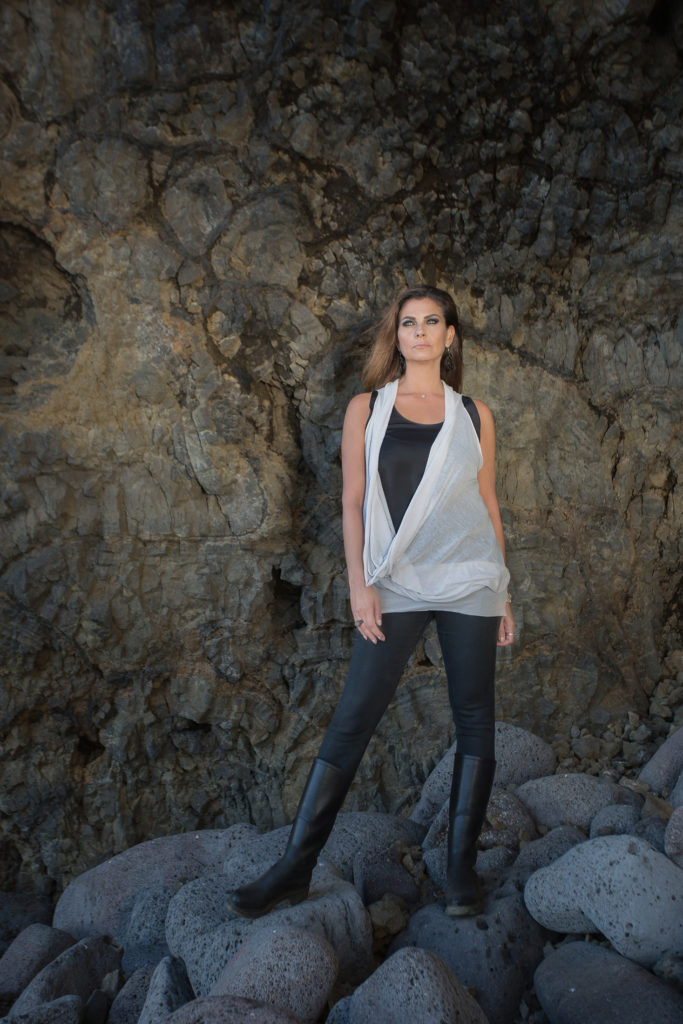 The architect and designer loves the country’s seismic activity and sticks of licorice.

BY CYNTHIA ROSENFELD
PORTRAIT BY ASTA KRISTJANSDOTTIR October 17, 2016
Share
Back

The architect and designer loves the country’s seismic activity and sticks of licorice.

It’s easy to see how Iceland has informed Gulla Jónsdóttir’s work. The architect’s childhood summers at her grandparents’ country house in the western part of the country were spent crisscrossing the vast lava fields to cacophonous waterfalls and underground tubal caves with names like Víðgelmir and Surtshellir. Even during the warmer months, blades of ice jut out from the blackened, fossilized magma. Glancing at the white stone Volca table with a suspended flow of rose gold from her new, limited-edition furniture collection, it’s not a stretch to imagine Jónsdóttir at the age of six, sketching in Thingvellir National Park alongside her artist grandfather, surrounded by the UNESCO World Heritage Site’s colossal faults and rugged fissures. “Nature is the architecture we all share,” she says.

Over a decade later, as an intern at an architecture firm in her hometown of Reykjavik, Jónsdóttir met an associate that had graduated from the Southern California Institute of Architecture. “I was 19 years old and thought, L.A., that sounds fine,” she says. When her master’s degree was nearly complete, Jónsdóttir applied for only two jobs. She turned down the one from Frank Gehry to instead join Richard Meier’s West Coast office; the geometry of Meier’s work was especially appealing given her upbringing in the shambolic geographical zone of drifting tectonic plates. “Meier taught me that architecture could be peaceful,” she says, citing the curvilinear Getty Center, with its landscaped gardens and soothing water features, as a project that had a heavy impact on her career. “After something so monumental, how could I go back to Iceland and design houses?”

So she set down roots in L.A., doing a stint at Disney Imagineering creating rides for Tokyo Disney Seas, then joining the firm Dodd Mitchell Design, where she oversaw renovations on Hollywood’s legendary Roosevelt Hotel. In 2009, Jónsdóttir launched her eponymous firm. Though the converted Californian has found a new home in L.A., she returns to Iceland regularly to refuel and reconnect with the place that continues to inspire her work many years later. “There are no straight lines in nature,” she says.

That principle certainly applies to Iceland, whose striking landscapes seem to be emerging in Jónsdóttir’s designs more and more. At the just-opened Roosevelt outpost, in Macau, the curvilinear topography seems almost superimposed in the form of shapely carvings on the stone bathroom walls; burnt oak floors in the 347 guest-rooms recall the lava fields of her youth. Similarly, the black and white refracted glass dome ceiling she fashioned for Jean-François Piège’s Le Grand Restaurant in Paris last year strongly evokes Vík í Mýrdal, the black sand beach studded with rock formations.

It appears in her second furniture collection, too. The Northern Lights manifest as a chair, a table embodies fire discharging down the face of a volcano, the 20-foot chandelier references an ice cave. When the Jónsdóttir-designed Kimpton’s La Peer Hotel opens in early 2017 near her West Hollywood studio, the penthouse will feature an entire 12-piece, three-dimensional “map” of Iceland, wrought in wood, metal, and marble.

Icelanders love their candy, especially licorice. “As kids, we drank Coke out of licorice sticks,” Jónsdóttir says. “Even now, candy is the aspect of Iceland I can carry everywhere with me.“ Travelers with a design mind and a sweet tooth can pick up Opal licorice pastilles by Nói Síríus, which come in the original Pop Art packages designed in 1945 by Icelandic painter Atli Már Árnason. noi.is

Since converting the 1943 Ísafold printing factory into the Centerhotel Thingholt hotel, Jónsdóttir has practically moved in. “It’s my home away from home,” not to mention it’s conveniently located near Laugavegur, Reykjavik’s main shopping street. centerhotels.com

“I appreciate Iceland’s nature even more now that I go as a visitor,” she says. On her itinerary are places like Blue Lagoon, 40 minutes out of the capital, where lava fields meet hot springs known for their healing white mud. “My friends and I wait until night to feel the warm water under a dark sky. I love that nothing here is manmade, except the Champagne.” bluelagoon.com

For the bar stool in her upcoming collection, Jónsdóttir drew its elongated legs after riding a horse across the black olivine sand in front of the Snæfellsjökull Glacier, which Jules Verne cast as “the gateway” in his Journey to the Center of the Earth. She recently made the two-hour drive from Reykjavik over the summer, staying at Hótel Búðir. hotelbudir.is

Everything Is An Adventure for Alexandra Champalimaud