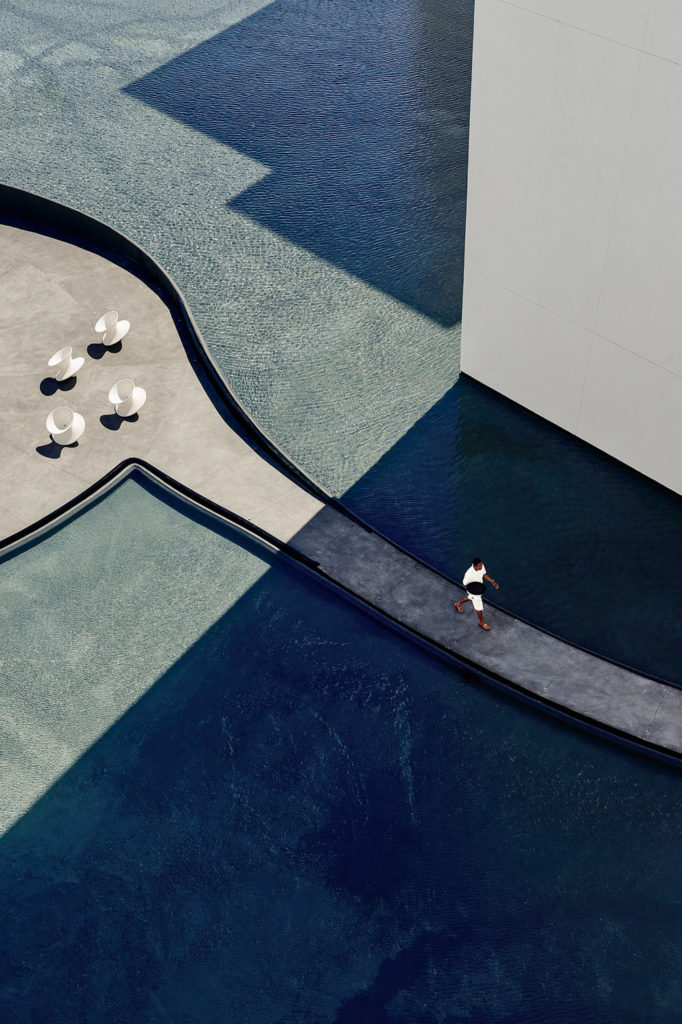 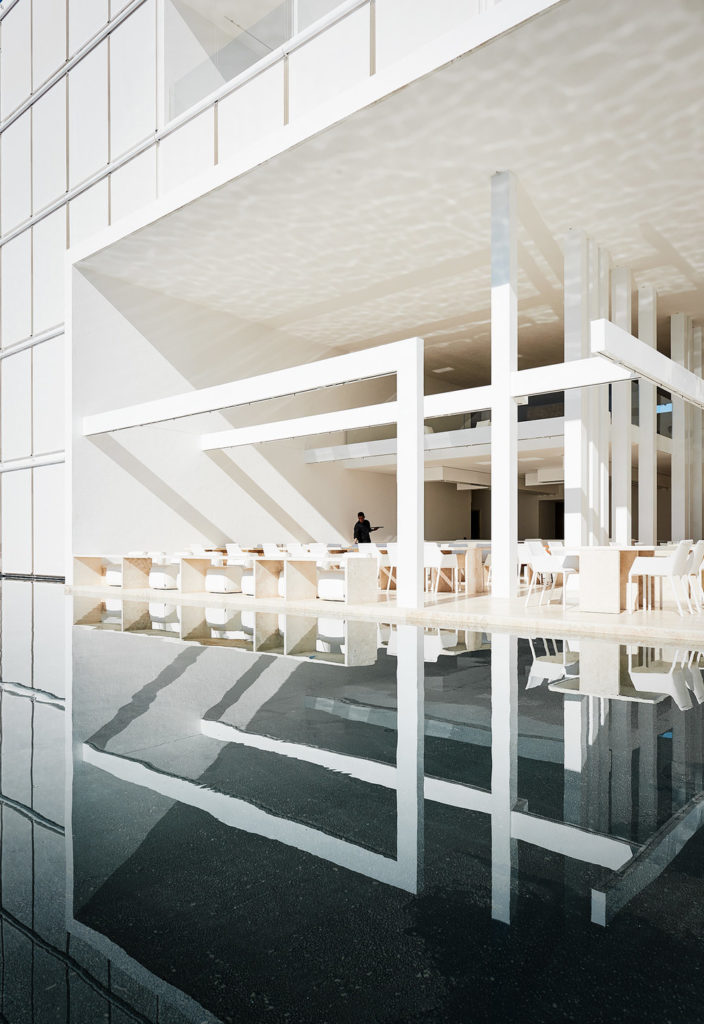 Mar Adentro Is A Surreal Hotel By The Sea

Architect Miguel Angel Aragonés's design for Mar Adentro is a dreamscape on the Mexican coast.

BY LISA CHENG
PHOTOS BY JOE FLETCHER October 28, 2016
Share
Back

Architect Miguel Angel Aragonés's design for Mar Adentro is a dreamscape on the Mexican coast.

Walking into Mar Adentro is like stepping into a metaphysical Giorgio de Chirico painting. The surreal cactus- and desert-studded grounds flow into an archipelago of stark white cubes fanning out toward the horizon, and various platforms connected by sinuous paths appear to float on mirrored saltwater pools. All the more surprising is the location—just outside riotous Cabo San Lucas, on the tip of the Baja Peninsula. Then again, owner-architect Miguel Angel Aragonés has a knack for creating harmonious spaces in overwrought environments; his geometric Hotel Encanto in Acapulco followed a similar template when it opened in 2010.

At Mar Adentro, Aragonés takes it to a new level. The glass-fronted buildings housing the 198 rooms adopt his signature white-on-white forms and spare aesthetic. Some are lined with natural walnut and Douglas fir, others predominately Mexican marble, but all come appointed with clean-lined Poliform furniture, organic cotton pillow covers, and linen bedspreads.

A feeling of weightlessness pervades the the property, the result of the linear planes that frame the Sea of Cortez and Costa Azul’s beach, one of the best surfing breaks in the area. “The lobby is in the middle of the project, and visually merges with the ocean on the horizon,” says Aragonés.

Too often avant-garde design comes with lackluster amenities and leisure offerings. Not here. Protruding from the pools in what looks like an inverted bird’s nest is Nido, a sushi restaurant crafted of recycled twigs from a local fisherman. Inside, recycled polypropylene chairs from the Italian brand Kristalia flank an elongated table, where dishes of sea bass and yellow fin tuna caught offshore are served. The cheesy tropical drinks and tawdry nightclubs of the resort zone? They’re replaced by top-notch cultural programming: An on-site gallery with rotating works by local and international artists; live music arranged by L.A.’s Hotel Café, known as the launch pad for famous musicians like Katy Perry and John Mayer; and a partnership with Mexican fashion designer Carla Fernández, whose Latin-influenced line is available at the property.

At night, the resort glows with a range of colors emanating from the white buildings, a high-tech mood lighting feature that allows guests to illuminate their rooms in bright shades of rose, magenta, and tangerine. “Light changes the perception of a place,” Aragonés says. In Cabo, there’s plenty of it to go around.