How It's Made: Bulgari Serpenti

We pulled back the curtain on Bulgari’s Serpenti to reveal a collection rich with brand history, cultural significance, and true craftsmanship.

Making an icon requires the right combination of time and timelessness. It’s an equation mastered by Bulgari, the Roman luxury house known for its jewelry, timepieces, and leather goods. Decades after its inception, Serpenti—whose snake motif has become a distinct signifier of the brand—remains one of its most recognizable collections. “The history of Serpenti is very unique. It’s something that you can find in different cultures in different centuries.” says Fabrizio Buonamassa Stigliani, creative director of timepieces. As for Bulgari’s interpretation, “it’s made with very pure shapes,” he says. “It’s part of the Italian design rules to play with pure shapes and generate new aesthetics.” It is this design ideology that creates an obvious kinship across the brand’s diverse range of products.

The serpent first appeared in Bulgari’s jewelry collection in the late 1940s in the form of a yellow-gold watch, distinguishable by its hand-coiled precious metal—or tubogas—bracelet. It was just after World War II and brothers Giorgio and Constantino Bulgari were tapping into Rome’s newfound craving for modernity. “It was a moment where there was the energy to look at the future and to forget the past,” says Lucia Boscaini, brand and heritage curator of Bulgari. “The piece was born out of a search for an object that was not meant to be that showy, but rather functional and modern.” That concept underpins current iterations, which now encompass timepieces and accessories, in addition to jewelry. The house remains steadfast in its dedication to forward-thinking design and time-honored craftsmanship.

In the decades that followed, the Serpenti line continued to change its skin. During the 1960s, jewelry pieces became more colorful and creative with the use of enamel; the ’70s welcomed casual jewelry and watch options, and expanded into accessories, such as belts; the ’80s were marked by the popularity of the tubogas watch as a status symbol. Then in 2011, in what was also a sign of rebirth and transformation, Serpenti was reimagined, staking its claim as a contemporary design benchmark with the launch of the first Serpenti handbag, which soon became one of Bulgari’s icons of glamour, and in 2016 launched the new Serpenti Seduttori fine jewelry collection. “There was a desire of the company to revamp the collection, not really thinking of it as just a collection, but thinking of it as an icon,” says Boscaini. Doing so required tapping into what was already beloved about it. “From the past to now, the fact that it’s very wearable has been important, but you can always recognize that it’s a Bulgari piece,” adds Lucia Silvestri, creative director of jewelry. Since then, the snake head has become a signifier of Bulgari across all its categories.

Today, Rome remains the heart and headquarters of the house. Meanwhile, its workshops in cities across Italy and Switzerland tap into the locale’s expertise in watchmaking, leatherwork, and jewelry. For high-jewelry collections, assiduously crafted by skilled goldsmiths near Bulgari’s headquarters, the snake is reimagined as a gem-encrusted necklace that sensually wraps around the décolletage. Similarly, at the Valenza workshop—the largest jewelry manufacturing facility in Europe—Bulgari continues to make its famed tubogas pieces, in addition to an expanding collection of Serpenti watches, rings, earrings, and bracelets. The dial workshop in La Chaux-de-Fonds, Switzerland (movements are made in Le Sentier) meticulously creates snakehead watch faces. Leather goods are crafted in Florence; colorful snakehead bag closures add a distinguishing touch to hand-stitched bags and accessories.

Still, even with its broad reach and global appeal, Bulgari maintains its sense of self. “We have a strong personality as a brand,” says Silvestri. “And we are manic for details and craftsmanship. It’s an obsession.” A look inside three of Bulgari’s European workshops proves just that. 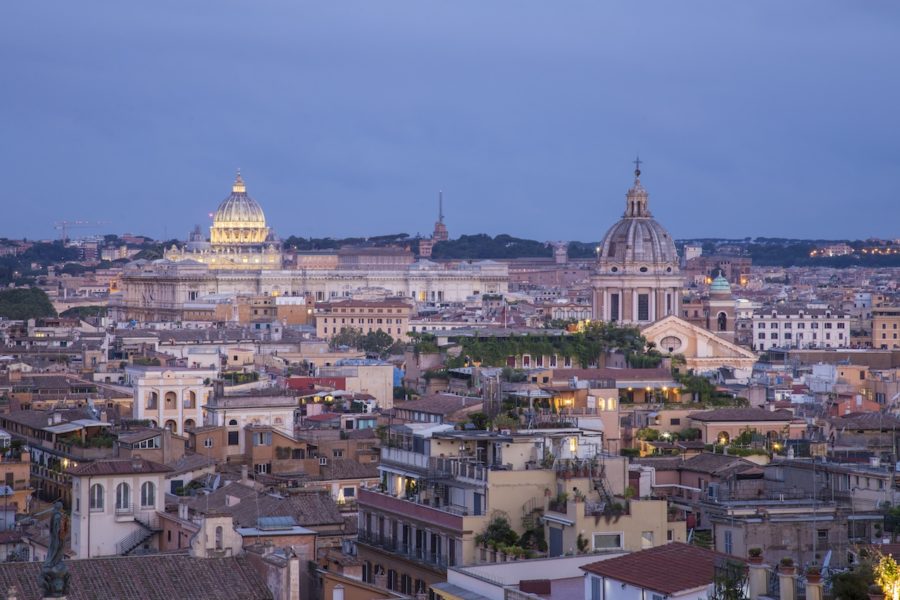 Rome has been Bulgari’s home since the company’s founding, in 1884. Inside its headquarters, Lucia Silvestri, creative director of jewelry, designs the house’s jewelry at the famed Gem Table. “The Gem Table is my comfort zone. It’s full of energy,” she says. “It’s my job to play with stones,” she says. Silvestri arranges rare stones—emeralds, rubies, sapphires, and more—that are sourced from around the world by a team of six in-house experts who turn them into opulent pieces of jewelry. (Often, they present a gem so rare that Silvestri will design a piece around its unique shape and size.) From here, her designs are translated into technical sketches and drawings at the high-jewelry workshop where they’re made. 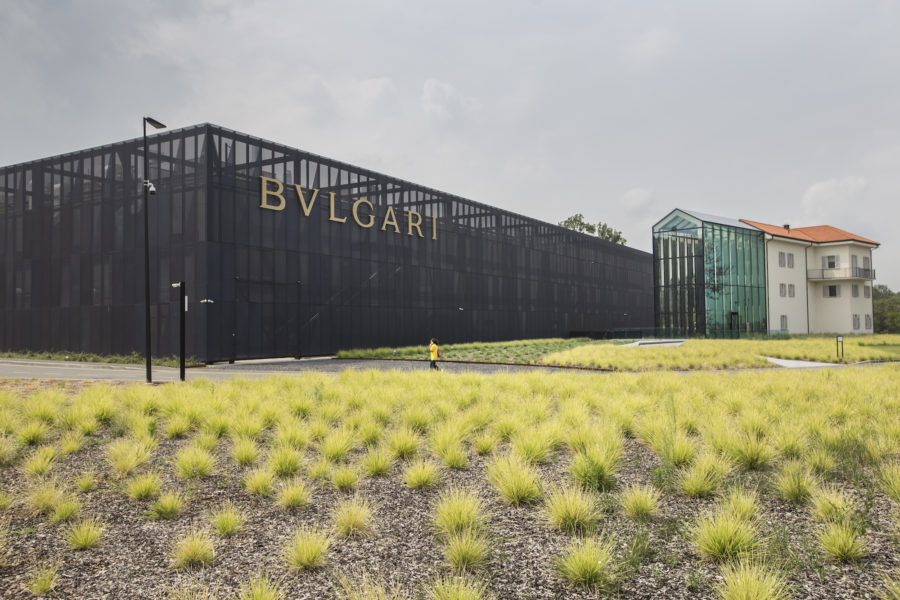 Bulgari’s jewelry manufacturer is located in Valenza, a rural region in northern Italy known for its rich history in goldsmithing. The modern 40,000 square foot facility, which opened in 2017, is the largest facility of its kind in Europe. Inside, its 620 skilled employees are dedicated to creating best-in-class pieces. 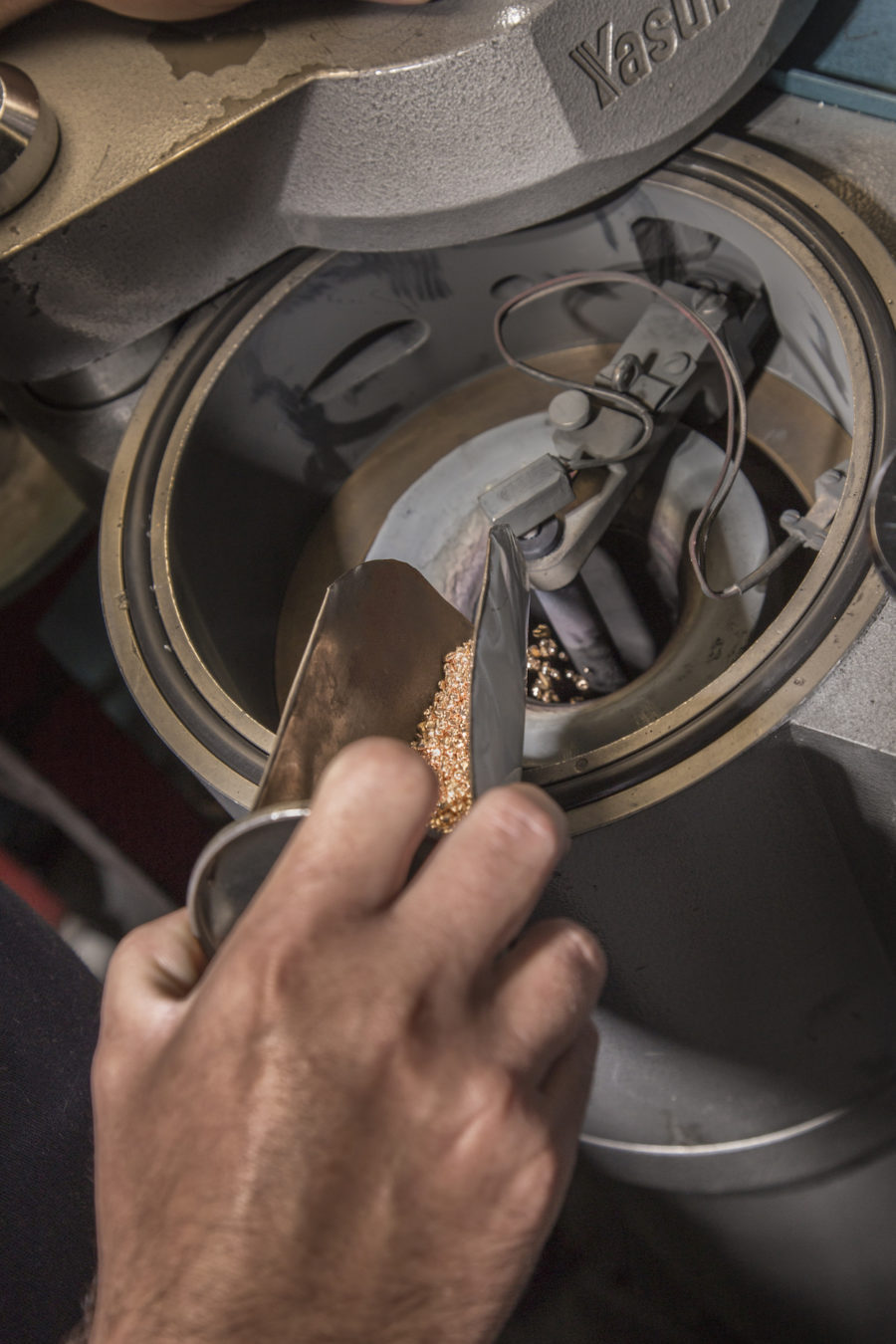 Both here, and at the high jewelry workshop, Bulgari employs a variation of an ages-old production method called the “lost wax technique.” In this updated, 21st-century version, each individual element of a piece of jewelry is 3D-printed in wax and assembled together in a “tree.” This is placed in a canister, inside which a mold is created by casting the tree; heating it melts away the wax, leaving a hollow space. Liquid gold is injected into the vacant space, where it stays for eight hours before the cast is broken. The result is a gold tree of jewelry parts and hardware, which make their way to a goldsmith for assembling. 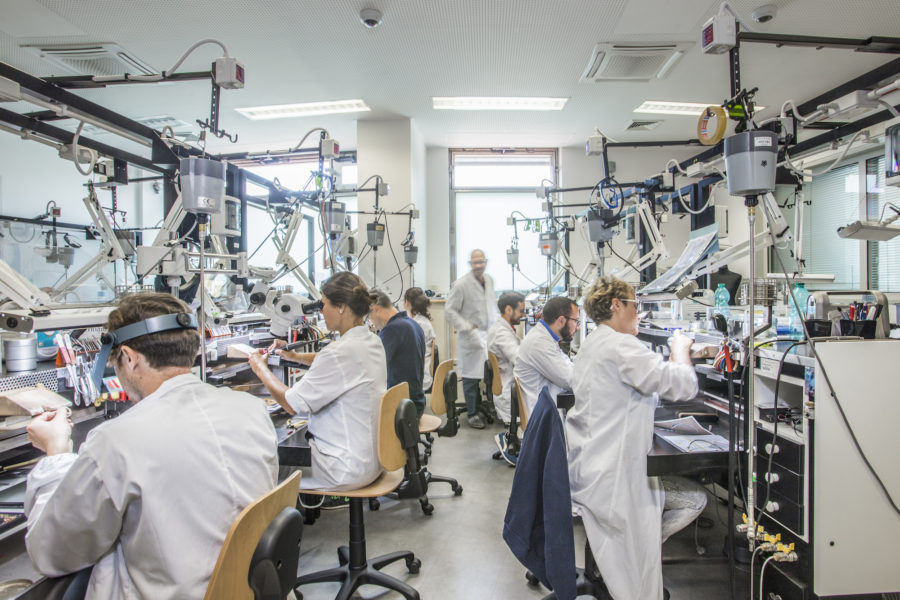 At the high-jewelry workshop, just outside of Rome, a highly specialized team creates Bulgari’s rare and one-of-a-kind wares. They employ the same ancient wax technique as does the Valenza manufacture, then carefully prepare pieces to house the precious stones from Silvestri’s gem table. Goldsmiths file and sand the gold before drilling insets for jewels and diamonds. Stones are hand-placed into settings inside a specially lit room before each piece is fully assembled. 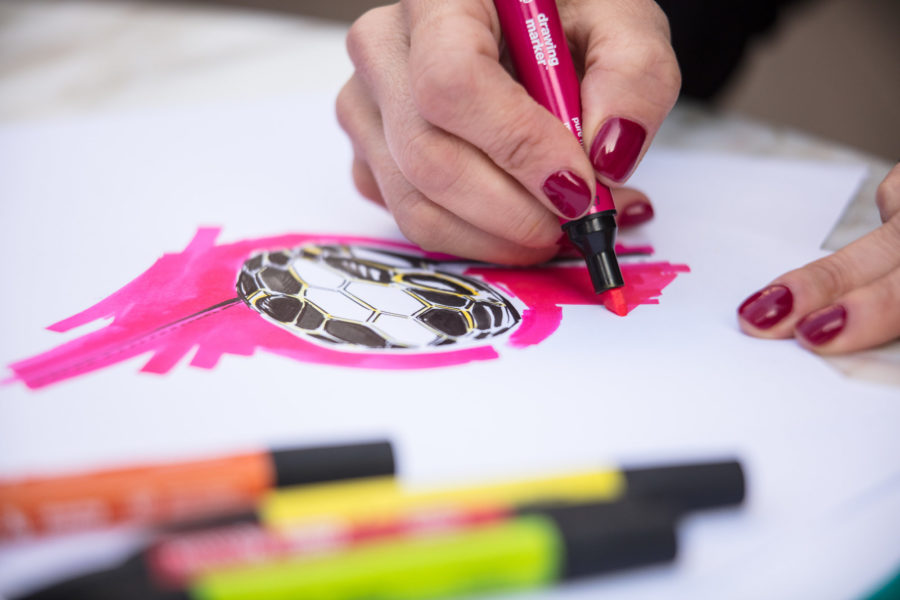 Bulgari launched its Serpenti Forever handbag collection in 2011. Since then, the collection’s bold snakehead closures have become something of a signature. These enameled emblems are made in Florence at the brand’s leather goods factory, where bags are hand-assembled. Here, the snakehead is cast in gold before each colored scale is created by carefully placing melted powder in the desired spot, where it dries to a glassy finish. The serpent’s eyes—typically made from precious stones like lapis, malachite, and rose quartz—are placed by hand before being affixed to the bag. 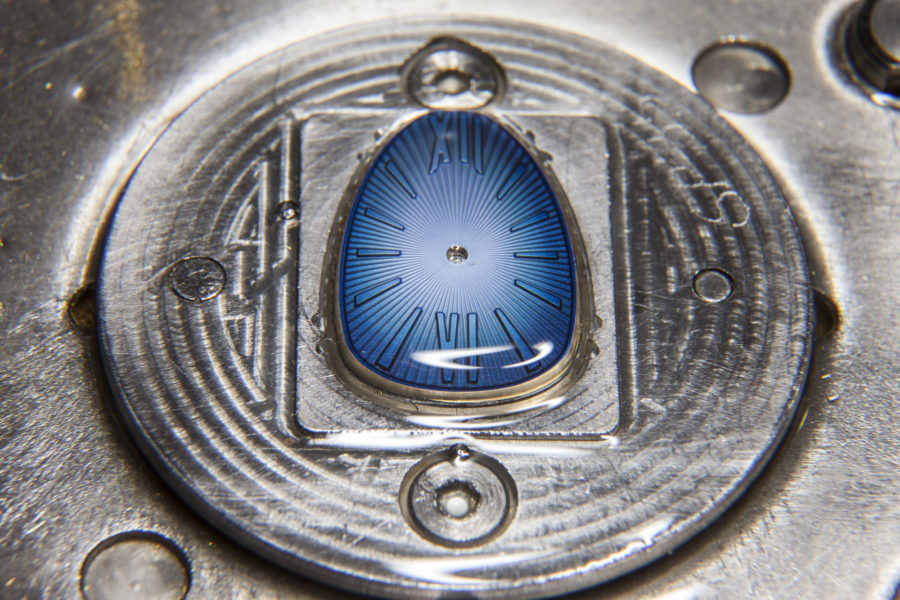 In La Chaux-de-Fonds, Switzerland, Bulgari taps into the region’s time-piece expertise to create its watch dials. “The dial is the face of the watch,”explains Fabrizio Buonamassa Stigliani, creative director of time-pieces, whose design office is in nearby Neuchâtel. “When you read the time, ninety-nine percent of what you see is the dial,” he says. “The finishing and quality of work is very important.” It’s quite technical as well, requiring collaboration with the masters inside the mechanical department, who turn designs into detailed drawings for high-level production.

For Serpenti, its iconic snakehead dial shape is first stamped into a brass plate, then the back is milled to create space for the movement. The dial is then cut out and polished before receiving its signature surface treat-ment. Its vibrancy is created through a laborious lacquering process that requires multiple layers of color.

Before the watch is complete, it must be stamped with the impressive Bulgari logo and “Made in Switzerland” marking. Finally, indices—those 3-dimensional markers on the dial—are carefully added to the face before final polishing.

This story was conceived, produced, and edited by Surface Studios, the creative agency of Surface Media.

In the Pacific Northwest, Two Pipe-Makers Channel their Magical Thinking into Tableware