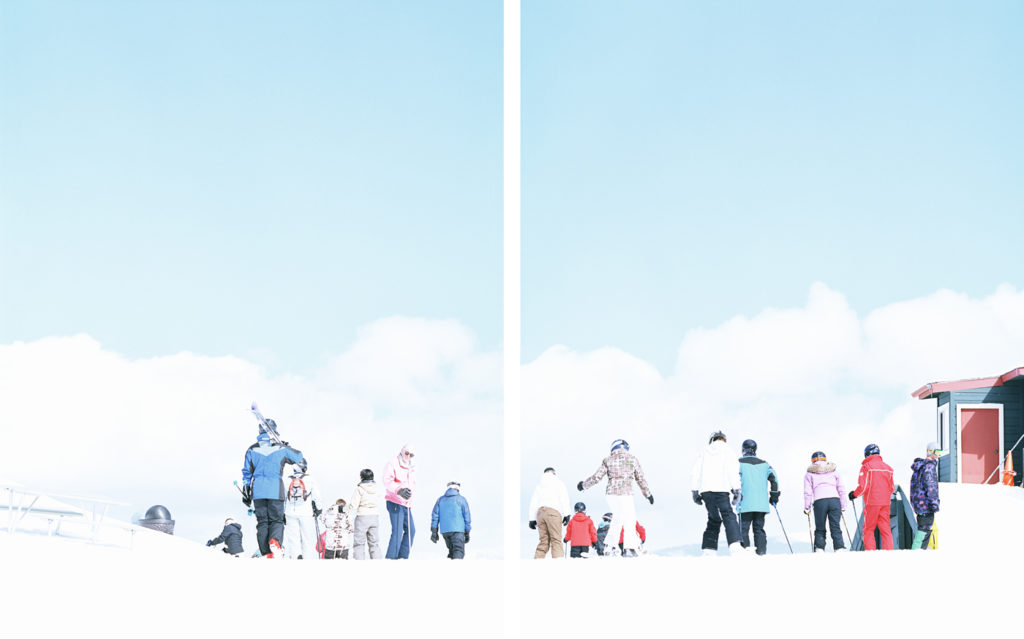 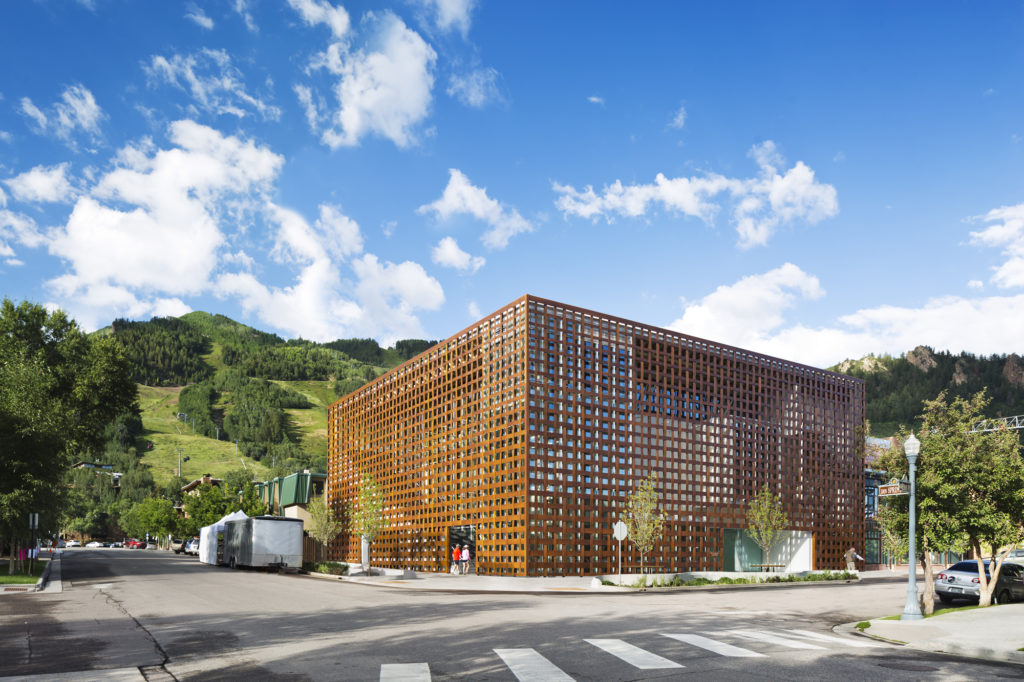 In Aspen, Art at Altitude

After seven decades of development, Aspen is seizing the moment to become a cultural destination.


By Wayne Curtis
Portrait by Daniel Bayer February 12, 2016
Share
Back

After seven decades of development, Aspen is seizing the moment to become a cultural destination.

It’s 21 degrees and blustery in downtown Aspen, with persistent snow spitting from a gunmetal sky. A curator is sitting at his desk in an art gallery, surrounded by vibrant artworks. His office’s door is propped wide open; a space heater blasts his feet, which are encased in heavy boots. A visitor asks if he’d like the door closed.

“Oh, no!” he says. “Then nobody will come in. Or people will come in with their furs on, get too hot, and immediately leave.”

Welcome to Aspen, the noted mountain enclave in Colorado where art is both hot, and not.

Few visitors come here purely for the visual arts. They come for the skiing in winter, and for the hiking in summer—for the Food & Wine Classic and the Aspen Ideas Festival, an annual gathering of large brains hosted by the respected Aspen Institute (think: TED conference in thinner air). They come to socialize with the moneyed class, either because they’re most comfortable among their people, or because one day they hope to be those people.

Despite this, a small-but-determined group of ski resort executives, museum directors, curators, and gallery owners is hoping to change this mountain town’s recent and somewhat arm’s-length relationship with the arts. And that process has started, quite liter ally and figuratively, at the top. Some of the change can be seen at the Aspen Mountain Club, which opened in 2000, situated at 11,212 feet, high above the town, and a short walk from a summit gondola station. It bills itself as “one of the world’s most exclusive private clubs.” With just 350 members and an initiation fee of $240,000, it offers a pre- dictably tranquil refuge from winds and cold. But after a 2015 refresh of the interior, it also offers the less expected: more than a dozen works of modern art on display, including pieces by Robert Morris, Caio Fonseca, Peter Alexander, and Andy Warhol.

While the exhibit is not open to the public, the fact that the works are proudly displayed here for members reflects a fundamental interest in the arts by the club’s owners, Paula Crown, the financier turned multidisciplinary artist, and her husband Jim, who amassed the collection. Through the Aspen Skiing Company, which they acquired in 1993, the pair has a stake in four local ski mountains, in addition to the vaunted Little Nell and Limelight hotels. Paula, in particular, has long had an association with the arts and this interest has infused the company—including a top-rate collection of works on display at Element 47, the main restaurant at Little Nell, by the likes of Theaster Gates and Michelle Grabner.

In 2009, Paula was smitten by the work of Italian photographer Walter Niedermayr, and persuaded him to y to Aspen to shoot a series of dazzling snowscapes. Today, 42 of these images—many displayed as impressive diptych and triptychs—may be found above ticket windows, in restaurants, in the least expected of places. “Art in Unexpected Places” is, in fact, a formal program, run in conjunction with the Aspen Art Museum. This took root in 2005, when newly arrived museum director—and uncommitted skier—Heidi Zuckerman noticed everyone walking around with lift tickets dangling on their jackets. This seemed like wasted space and a missed opportunity to engage people.

Zuckerman approached the ski company about commissioning works of art to appear on the tickets. They agreed. The first season featured work by Yutaka Sone with subsequent ticket art commissioned by Peter Doig, Jim Hodges, and Mamma Andersson, among others. Lift tickets are now more high-tech and carried in one’s pocket like a credit card rather than worn. But they’re still graced with art that’s lovely and often provocative. (This year’s series features cheerful, bright work by Japanese pop-influenced artist Takashi Murakami.)

“Some ski-day disruptions do provoke and linger,” writes Michael Miracle in a 2011 book documenting the first five years of the art program. (A second book is due out this month.) “They sneak into the experience in less-expected places and form, and stick in the mind even more as a result.” With their interest in the arts, the Crowns are in many ways prodding Aspen back toward its roots. It was a tin-cup-poor mining town in 1946, when industrialist Walter Paepcke co-founded Aspen Skiing Company. But Paepcke envisioned a mountain town that would be more than just a sporty destination. His goal? He wanted to create a utopian community for body and mind, a place where visitors could explore mountains, the arts, and big ideas equally.

“You came here and you had room to think, room to open your mind and explore,” says Mike Kaplan, the affable current CEO and president of Aspen Skiing Co. “It dawned on them that this could be a place to allow people to engage with the arts.” Paepcke and his wife, Elizabeth, established the Aspen Institute, and were instrumental in creating the Aspen Music Festival and the annual International Design Conference. When the theologian- philosopher-physician Albert Schweitzer first came to the United States in 1949, his first lecture was, improbably, in Aspen.

“Think about that,” Kaplan says. “He came to some dusty town that had been quiet for 60 years since the silver bust. Paepcke had a phenomenal vision. And that continues to guide us today.”

The most prominent marker of art’s reemergence here is without doubt Aspen Art Museum. The museum is not likely to be confused with any other building in town—it’s the first museum in the United States designed by Shigeru Ban, the 2014 Pritzker Prize-winning architect best known for his elegant designs for shelters and community buildings for regions afflicted by disasters.

The AAM rises four stories, and has vast loft-like interior spaces suitable for big, bold works. Even bolder is the exterior—sited on a corner lot, it’s encased in a woven wooden latticework screen that allows it to be both private and public, and command attention in a town more noted for its Victorian vernacular. If Herzog & de Meuron’s stadium for the 2008 Beijing Olympics earned the nickname

“The Bird’s Nest,” this building could be the accompanying “Chicken Crate,” as some locals have dubbed it.

Zuckerman has guided the museum from a community affair in a disused power plant to an institution garnering acclaim in international circles. Prior to her arrival, the largest donation the museum had ever received was $75,000. She raised more than half the $40 mil- lion building cost after coaxing 27 individuals to each donate $1 million or more.

Naturally, the museum was a magnet for criticism from locals—exhibits now feel less community-oriented, and are perceived as being more narrowly targeted at the extremely well heeled.

Still, Zuckerman maintains that the guiding principal behind the new museum is to explore “what it means to be a place of retreat”—as Aspen itself was originally envisioned. “We built this big beautiful building so we can create what we hope are life-changing experiences for people,” she says.

Among the more striking features of the new museum is the grand staircase, which runs both inside and outside a glass wall, and ascends dramatically from the street to the rooftop sculpture garden and restaurant.

Shigeru Ban wanted a place where visitors could see and experience the dramatic mountains that encase the valley, lest they forget the reason for being there. The current roof- top exhibit features a series of sculptures commissioned from Los Angeles–based sculptor Anna Sew Hoy, which explore both form and texture, with industrial materials set amid a majestic natural setting. It manages to be both here and there, local and afar, natural and manmade.

Walter Paepcke would be pleased. 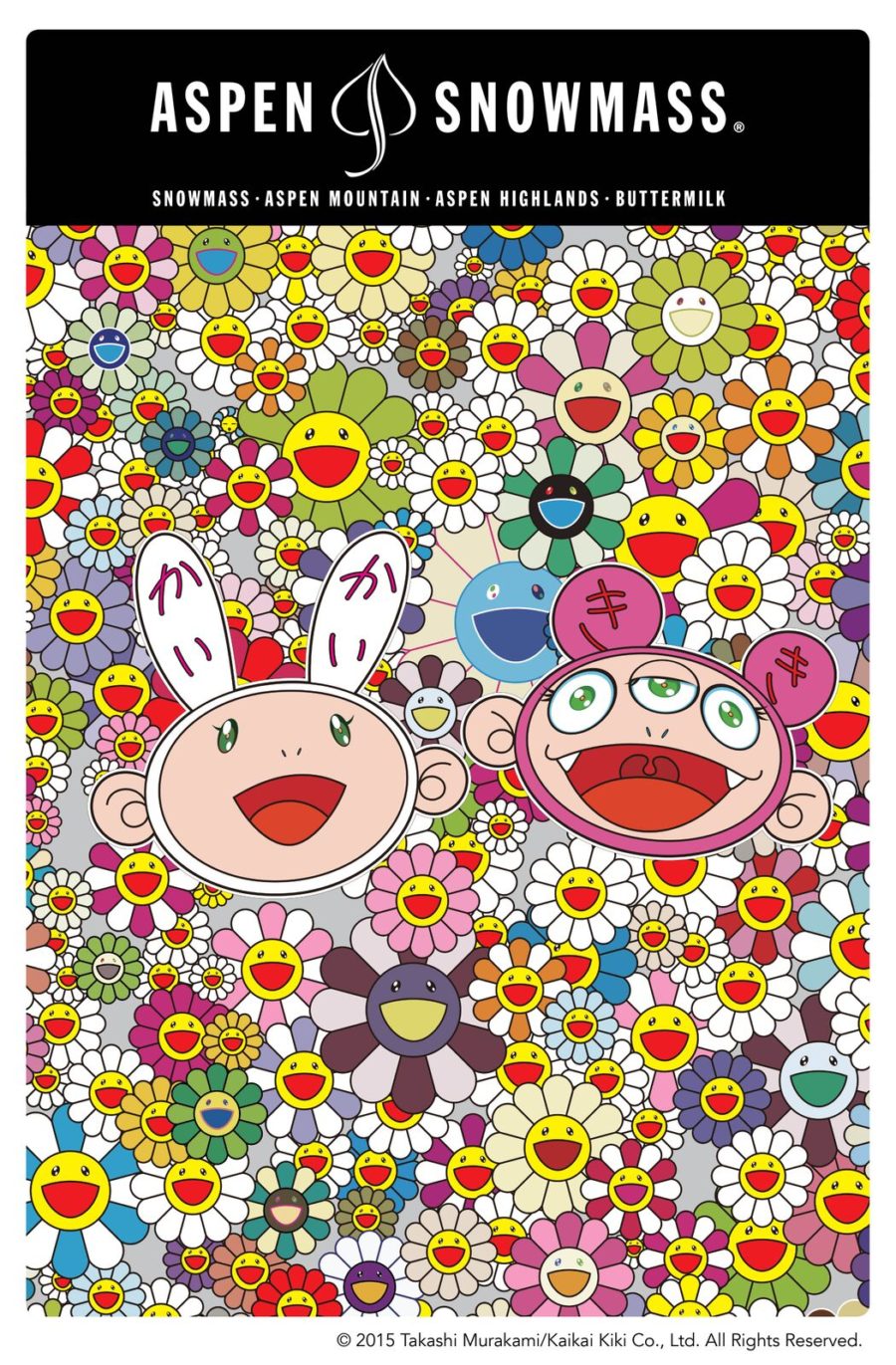 An Israeli Escape Injects New Energy into a Lakeside...