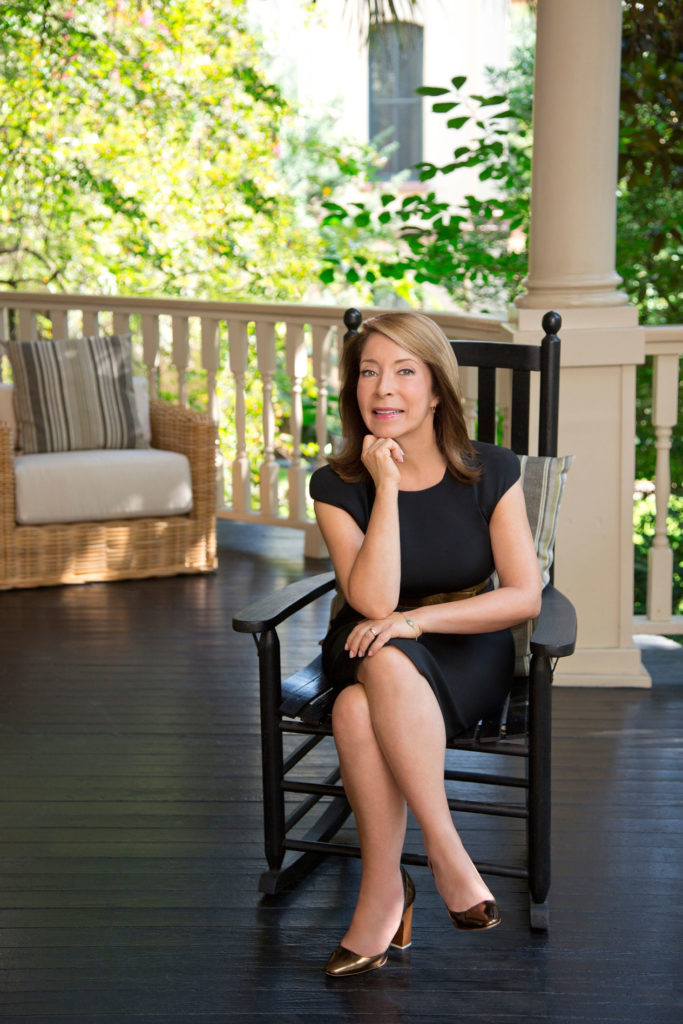 The SCAD president and co-founder shares her favorite places to browse antiques and enjoy a pulled-pork sandwich.

BY HEIDI MITCHELL
Portrait by Chia Chong May 16, 2016
Share
Back

The SCAD president and co-founder shares her favorite places to browse antiques and enjoy a pulled-pork sandwich.

Paula S. Wallace is a rare breed. She’s the trailblazing academic who reimagined the American art college from a Georgia studio. That was nearly 40 years ago, before students of fashion, design, and architecture realized that success in their vaunted disciplines required mastery of less-flashy skills. “Most art students don’t know that majors like industrial marine design or user experience even exist,” says Wallace, 67, whose new book, The Bee and the Acorn (Assouline), chronicles the growth of the Savannah College of Art & Design (SCAD) from a hair-brained idea to a curriculum and an accredited school with four campuses across the globe. “It doesn’t occur to them that they need to go to school to learn luxury management, or branded entertainment so they can compete.”

Wallace saw all of this coming four decades ago. Back then, she was an Atlanta school teacher who believed that higher education lacked the student-centric approach that she was giving her pupils in grade school. “Colleges focused on teaching subjects, not students,” she says.

So in 1978 she sold her Volkswagen Beetle, received some money from her mother, and bought an old armory—which would become SCAD’s first building—in the highly livable historic town of Savannah. The only furnishing was her kitchen table, and on it Wallace wrote the first curriculum devised specifically for students seeking careers in creative professions. “Going from zero to one student was the biggest challenge ever,” she says. But by 1979, SCAD had enrolled 71 students and enlisted seven teachers. Eight degrees were offered, and the first student, a transfer interior design major, graduated in 1981. “All the staff wore caps and gowns and that one graduate was delivered on horse-drawn carriage to Madison Square for the ceremony,” she says.

Now SCAD has 12,500 students across four campuses—Savannah, Hong Kong, Atlanta, and Lacoste, France—with some 42 disciplines and more than 100 degrees ranging from the first MFA in motion media visual effects to game development to historic preservation.

As its president, Wallace has her finger on the pulse of the up-and-coming creative class. In the 1980s, SCAD was one of the first art colleges to offer computer art as a major. Now students have the opportunity to work with companies like Google, Pixar, NASA, Proctor & Gamble, and Disney. “We listen to students with one ear and to the professional world with the other,” Wallace says. Job placement at name-brand firms is high.

To Wallace, education is a kind of immortality. “You are passing on the essence of all you know to people who go on to succeed,” she says. “It’s gratifying to know that you’ve been a small part of someone’s story. That’s why I wrote the book: to hopefully share a bit of my story.”

“Many SCAD graduates are so enchanted by Savannah that they build their own businesses in the midst of its storied streets and squares. One of my favorites is Arcanum, a lifestyle boutique and interior design studio co-owned by alumnus Sim Harvey. The emporium embodies the ingenuity and joy that our grads conjure through design. The myriad antiques, fine art, and contemporary curios mix harmoniously, all on the site of a former gas station.” 346 Whitaker St.; 912-236-6000

“Back in the early days of SCAD, a retro double-decker bus ferried students to and from class. That very bus now stands inside Art’s—a one-stop café, market, and gift shop, where healthy meals and smoothies are prepared in the lower-level kitchen, and you can dine on the upper deck. My go-to is the seasonal beet bowl, a blend of fresh beets, greens, quinoa, and goat cheese.” 345 Bull St.; 912-525-4480

“The exquisite interior of Chocolat by Adam Turoni drew me in, and the delectable confections beautifully crafted by the master chocolatier keep me coming back. One bite of a Savannah Honey Chocolate Bar, filled with wildflower honey from Savannah Bee Company, and you will understand what the buzz is all about.” 321 W Broughton St.; 912-335-2915; chocolatat.com

“Established in 1750, Colonial Park Cemetery is one of Savannah’s oldest treasures. Just steps from my back door, its oyster shell–speckled walkways are perfect for a peaceful, reflective stroll past the resting place of some of the first Savannahians. It’s also an ideal vantage point from which to gaze toward the twin spires of the glorious Cathedral of St. John the Baptist.” 201 Abercorn St.; 912-651-6843

“SCAD restored this 1940s-era diner, originally a Streamliner car, to serve as a diner for the fashion and accessory design students and faculty based in Eckburg Hall across the street. Now it’s home to the Art Deco Sandfly Bar-B-Q—replete with mahogany booths, marble counters, and stained-glass windows—which dishes out the best Brunswick stew and pulled pork sandwich in Savannah.” 1220 Barnard St.; 912-356-5463; sandflybbq.com

“In 2011, the SCAD Museum of Art rose from the reclaimed ruins of an antebellum railroad complex— the only one still standing in the country. Don’t miss the exhibition ‘Carrie Mae Weems: Considered’ (through June 12), which spotlights a range of works by the photographer and recent honoree at SCAD Define Art 2016. When you visit, be sure to take in the lobby’s newly dedicated bronze medallion that com- memorates the journey of William and Ellen Craft. During their heroic escape from slavery in 1848, the remarkable couple passed through this very spot.” 601 Turner Blvd.; 912- 525.7191; scadmoa.org