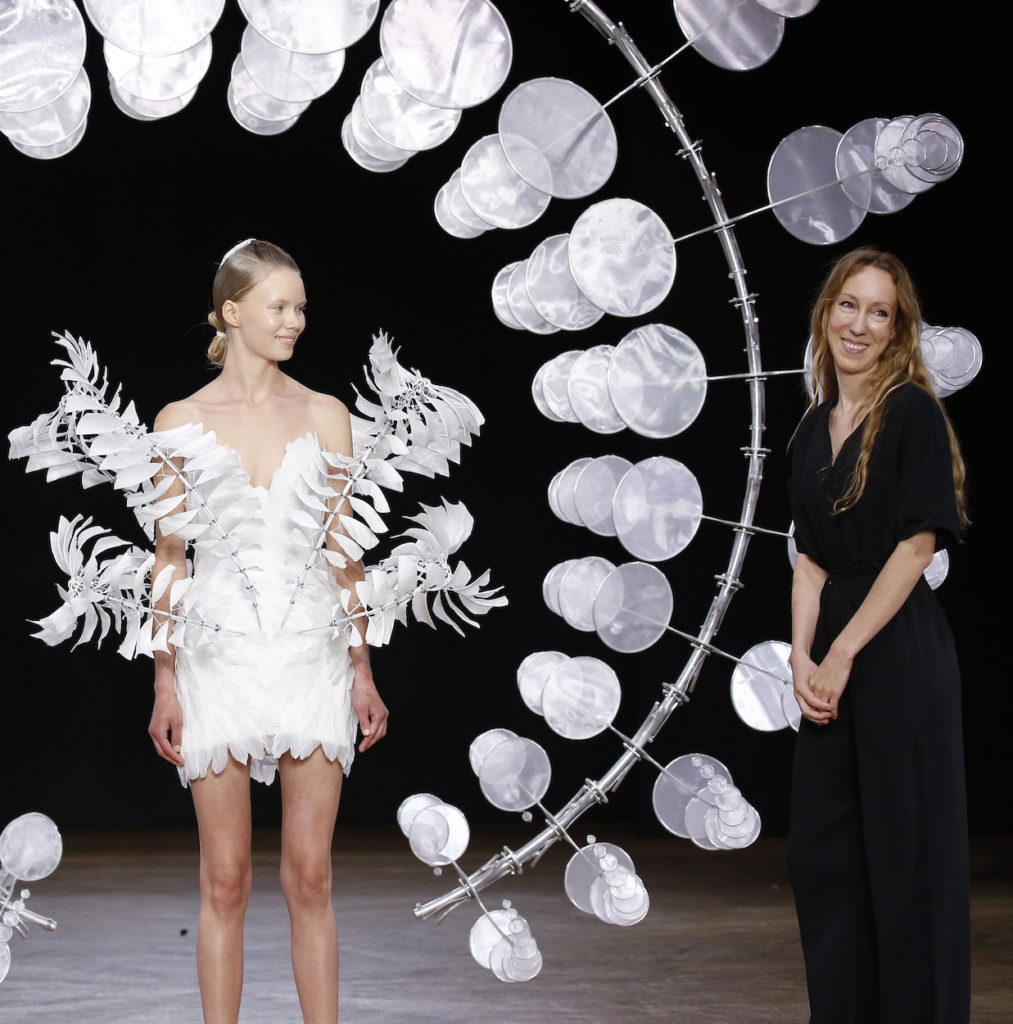 The Dutch fashion designer’s Fall 2019 couture collection is a celebration of air and water.

The Dutch fashion designer’s Fall 2019 couture collection is a celebration of air and water.

Iris van Herpen‘s reputation for unconventional design was on full display during her fashion presentation at this year’s Paris Couture Week. Using unusual materials and technology to create kinetic works of art that vibrate and sparkle, the Dutch designer channeled the work of Anthony Howe, the American artist known for large-scale mobiles, and whose “Omniverse” sculpture hung above the runway at the Élysée Montmartre in Paris.

For her Fall 2019 couture collection, aptly titled “Hypnosis,” van Herpen mesmerized showgoers with 19 dresses that moved with the wind, flouncing as models walked the runway. “The collection is a hypnotic visualization of nature’s tapestry, the symbiotic cycles of our biosphere that interweave the air, land, and oceans,” van Herpen says. “It also reflects the ongoing dissection of the rhythms of life and resonates with the fragility within these interwoven worlds.” 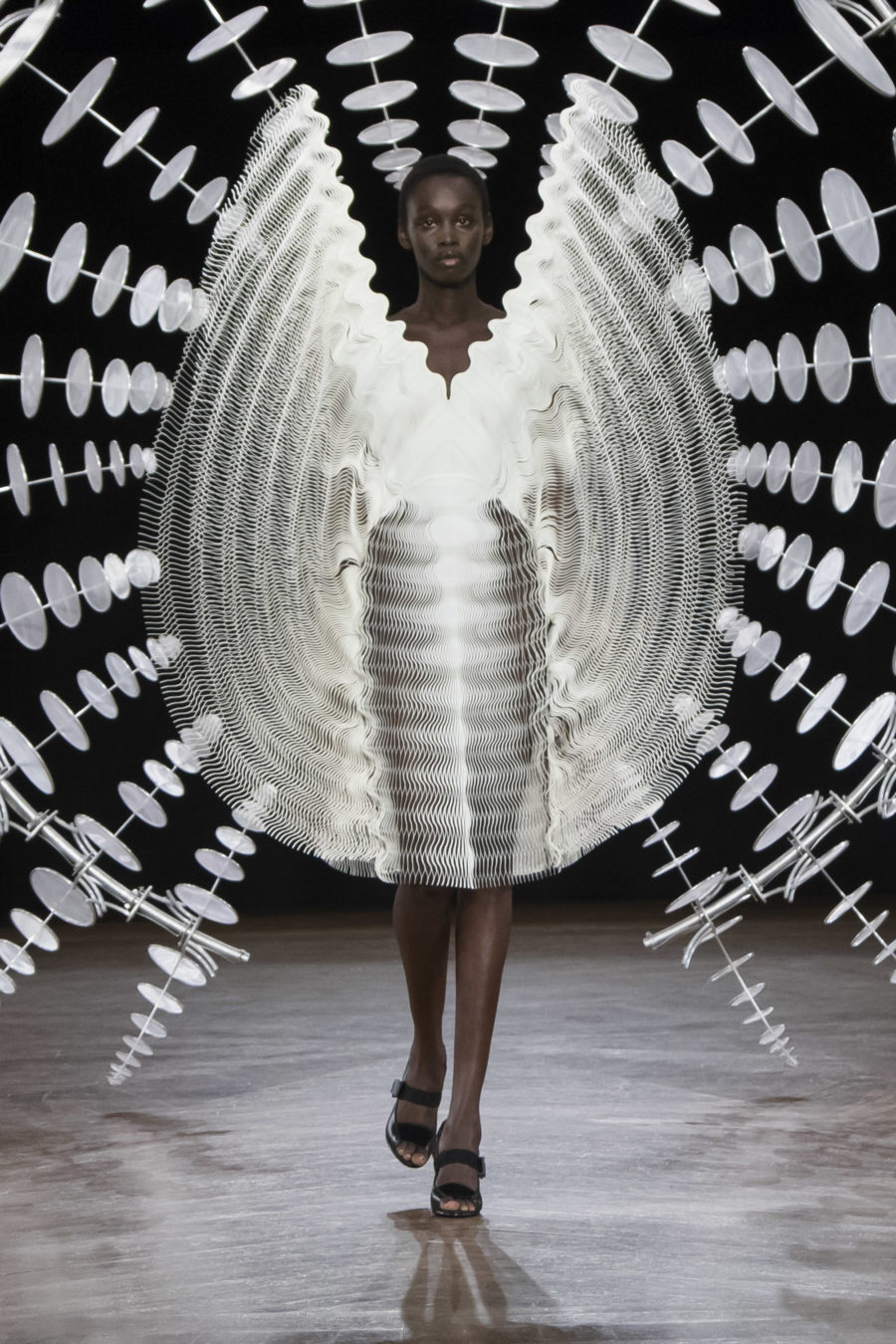 Like Howe’s “Omniverse,” van Herpen’s finale piece used aluminum and stainless steel on the skeleton, covering it with a thin layer of feathers that ruffled, turning as if graced with gust of wind. The penultimate look channeled the same ethereal vibe, featuring laser-cut strips of fabric that give the appearance of pulsating angel wings. There were also several dresses made of layered iridescent organza shaped into spheres; and dyed silk garments made using suminagashi, an ancient paper marbling technique from Japan. Indeed, the collection is an effective celebration of air and water, grounded in eye-catching silhouettes and patterns that illuminate the senses. In other words, it lives up to its name.

This House is a $5.25 Million Ai Weiwei Artwork