For her solo exhibition, Jessica Lichtenstein examines the human psyche with 4,000 quotes she collected during the pandemic. 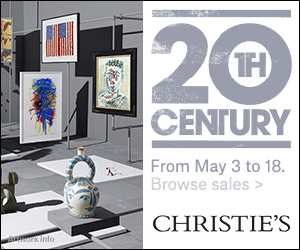 After COVID-19 altered the world as we knew it, the New York artist Jessica Lichtenstein began collecting a disparate assortment of musings from romantic poetry, pornography, Instagram, newspapers, comic books, diaries, and other sources until she amassed 4,000 of them in an Excel spreadsheet. She then took the independent thoughts and expressed them collectively by etching the words onto thousands of lockets she ordered on Alibaba.

They now star in her solo exhibition, which features the series of concrete hearts with engraved lockets embedded inside bursting cracks. It’s not only Lichtenstein’s first sculptural body of work, but a drastic departure from her figurative art. Here, she uses objects typically associated with sentimental meaning and reappropriates them with honest feelings—a metaphorical act of making something beautiful from “a perfect storm.” That analogy is also the apt title of her show at New York’s Winston Wächter Fine Art, which features an immersive exhibition of digital, sculptural, and installation work that responds directly to the disruption caused by the pandemic. “You can extrapolate a collective consciousness out of 2020, and to me, that’s the random amalgamation of thoughts of the mind and of the heart,” she says.

Surface spoke with Lichtenstein about A Perfect Storm and the works in the installation, from crumbling hearts with lockets to a bed of paper cutouts of the female figures to a mother of pearl mural adorned with tree nymphs clinging to branches in the final moments of the passing storm.

How did you come up with the concept for A Perfect Storm?

It all came together in a year. While I was first quarantined, in March, I started collecting quotes—whether they came to mind or I read or heard something I liked in romantic poetry, literature, newspapers, blogs, my diary, pornography, and so on. In the end, I had a spreadsheet of at least 4,000 quotes. Eventually, I decided to engrave all these thoughts on lockets. As objects, lockets are romanticized treasures and delicate sentimental jewels that we either give to ourselves or to someone we care about.

What do the expressions represent?

Instead of typical messages you might find on a locket, I wanted to engrave real thoughts: fears, anxieties, and worries combined with beautiful thoughts, poetry, and existential philosophy. In both a macro and micro sense,  the real workings of the mind—all the random thoughts you could collectively extrapolate from 2020.

Where did you source the lockets from?

The lockets were out of the box. I’ve never used them before, and, oddly enough, I had this weird thought that maybe there’d be a backlash against China after COVID-19 was officially declared a pandemic. I wanted to actually buy something mass manufactured and the fact that the lockets were made in China was symbolic of how the virus also originated from China and then spread around the world, just as fast and prolific as mass-produced goods. I went on Alibaba and started talking to companies in China while factories were shutting down. I found these lockets from the source of the storm, so to speak.

They sent a huge bag of empty lockets and then I engraved them all. I found a good jewelry maker and I gave him an Excel sheet of 4,000 quotes and made the layouts for all of them, each one a different size and font.

Why did you embed the lockets in larger concrete hearts? How do they work together collectively, but also as singular pieces of art?

I decided to create these concrete hearts that are bursting with thoughts. A heart is everything that makes us human. I created each one out of concrete—some are white, some are black, some are gray, some are speckled, some are glossy. There’s a pink one that has a broken shell of a heart underneath it, which is called We fall in love over and over again.

You usually depict women’s bodies in your works, but this show seems like a departure.

It’s the first time I’ve done anything  non-figurative that didn’t focus primarily on women and their bodies. I wanted their thoughts instead. At the same time, I wanted my women in it. In a variation from my last show, I made gold and silver leaf murals, but instead of girls hanging out on serene branches, they were holding on to stormy branches in the blowing wind.

Can you talk about the mural installation with the girl-shaped leaves?

This is the first time I’ve done a full installation in a gallery setting. From afar, it looks like a storm that’s breaking and light shining on a path. Up close, you realize everything in there is  made up of my girls. A lot of people go in and don’t know what it is until they get close and understand the wallpaper is composed of thousands and thousands and thousands of girls.

What do you want people to experience as they move through it?

The piece is called After The Storm because I want people to walk through it and touch the woman-shaped leaves and bask in the bright light streaming from the ceiling like the way daylight breaks through the tops of trees in a forest. When they are standing under the light with their masks on, it’s a rite of passage for getting through the pandemic and closing that chapter.

There are 4,000 quotes spread out across the show, making it impossible to read them all in one go.

There’s probably more. Every time you go, you’re going to have a new experience—seeing a new locket that wasn’t hitting the light before, walking through the woman-shaped leaves and hearing them crunch beneath your feet, or see new figures in the tree murals. It’s almost like a fortune cookie—every time you look at it, it’s going to reveal something new. I wanted people to experience an emotional storm.

This show is about 2020 in a more macro sense, like any storm you are going through at any point in your life. But there’s always a break in the storm; always a beam of light and a way out. Though you can’t forget what you know and it could happen again. It’s about the knowledge you gain from each storm and knowing that it ends eventually.

A Perfect Storm is on view through April 17 at Winston Wächter Fine Art in New York.

Jessica Lichtenstein is a member of The List, the destination for all things Surface -approved. Want to join The List ? Contact our team to find out how to apply.