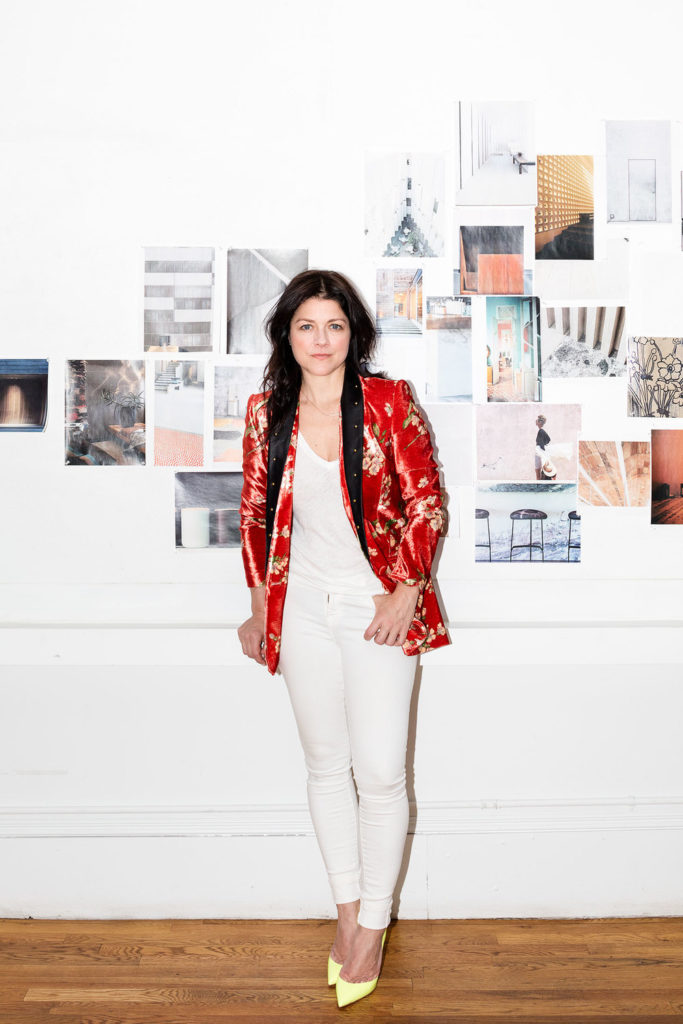 There Are No Rules at Kara Mann's Studio


By Lily Wan
Photos by Nicholas Calcott August 16, 2016
Share
Back

You started out in Chicago back in 2005, and now here we are in your New York City studio.

I was primarily a residential designer, which [at the time] was kind of a second career for me. I was a stylist and had studied fine art at Tulane, and kind of meandered my way to interiors. When I got out of school, I partnered with someone in Chicago, and then [eventually] I opened my own practice. I still have my office in Chicago—and I actually had a showroom for a little bit, from 2007 to 2011—and then opened my New York office in 2011. We were awarded a hotel project here in the city, so we built up a team around that and made the move.

Was that hotel project the Hotel Chelsea?

Exactly. It was a good motivator. I’ve always wanted to be in New York. I’m from Chicago, grew up in Chicago, and I never really found that moment to make the move for myself personally, but when that came up, I thought, “This is a great opportunity.”

How has spending more time in New York influenced your designs?

In New York, I think people, both commercially and residentially, are more willing to take risks. Things move fast here. We’ve been working on residential towers, and it’s interesting to see what’s being put out to market for the idea of luxury living and how developers are really pushing the limits.

What other projects are you working on right now?

We’re actually working on two other hotels—one that I can talk about and one in Dallas that I can’t. The one I can is in Chicago, The Talbott Hotel withCommune Hotels. It’s a special kind of little property in Chicago. It’s right on the Gold Coast, and it was this old, classic little sleeper hotel, but I think it’s going to be a huge asset in the hotel market there because it feels very European—quite small in scale, but it’s actually 177 rooms. We’re also working on a really cool, high-profile residential tower in Chicago. We’re doing all of the interior architecture, as well as the design. Next, we’re working on a restaurant project with Toro, but the project is actually in Dubai—they’re taking their brand across the world.

Then there’s your work with Baker Furniture.

Yes! We created 54 pieces and 36 different fabrics. In the fall, we’re coming out with lighting and accessories. The whole process has been, truthfully, a dream come true. We designed the whole thing in a year—from the day I got the call to the day it launched.

And you’re the company’s inaugural collaborator.

Exactly, and they’ll be collaborating with other designers down the line. Working with them has been amazing; they’ve been so accommodating, and they really get stuff done.

How did they brief you on the project?

They said, “We want someone who can breathe fresh air into Milling Road.” It’s this new, approachable line, and the price point is attainable. When I think about Baker, I see it as a really classic, tried-and-true product line. There was this push and pull, and this tension, that I think that came through in what I wanted to do. I thought about classic and modern and masculine and feminine elements—things that sort of have a disparate energy, but when you put them together in the right way, it feels substantial and engaging.

What are some pieces that really stand out in the collection?

I am obsessed with the chinoiserie. I’ve loved chinoiserie my whole life. To me, it was this really classic material for Baker. We took that idea, and we amped up the scale and made it more graphic, so it felt like a more modern approach. There’s also the Cane dining chair, which has been really successful. That one was funny because when we sketched it, I thought, “Oh my god, this one’s gonna never make it, it’s too complicated [to build],” and it literally came off in the prototype round and was perfect. We only made one minor tweak.

Backtracking a little bit, when did you know that you wanted to be a designer?
It was a long, winding road for me. I’ve always been creative. When I was in college, I thought I would be more of an artist. Then, when I got out of school, it didn’t seem feasible for me, and that’s when I went in and started to become an [interiors and fashion] stylist, which I worked as for years. Once I was doing that, it wasn’t just the prepping and making things look beautiful, I wanted that complete thought. I think that’s why I love architecture as much as I love decoration, and why we do that as a firm. It’s amazing to be able to conceptualize an entire environment, from space planning to accessorizing every single shelf.

You handle contrasts really elegantly. Can you talk about your philosophy on blending extremes?
My life is black and white. I’ve never been a beige girl. Never very medium. There’s always extremes happening in my world. I think that that probably comes through in my design, and I think what it ultimately reflects for me is balance. I like things that are different coming together in a way that feels harmonious. Sometimes you don’t think certain things would work together, but there is an energy that is created, whether it’s between materiality or composition or shape.

Some people think there’s very much a right or a wrong.
Yeah, rules and trends … I try to stay away from that stuff, not let it sway me.

Ralph Gilles is a Different Kind of Car Designer