As city blocks go, there are few more legendary than Paris’s Place Vendôme—where Chanel holed up in the Ritz Paris for three decades, Yoko Ono scattered some of Keith Haring’s ashes, and a young trunk-maker named Louis Vuitton founded his namesake workshop in 1854. On Oct. 5, the latter fashion house will debut the new Maison Louis Vuitton Place Vendôme, designed by architect Peter Marino with everything from couture to on-site ateliers housed in two 1714 townhouses by Baroque-era architect Jules Hardouin-Mansart—the man behind Versailles’s Hall of Mirrors.

The two ateliers include one focused on haute joaillerie, which is creating three high-jewelry collections for the opening with Paraiba tourmalines and mandarin garnets, and another—Atelier Rare & Exceptionnel—where celebrities and VIP clients can customize pieces and even red-carpet-ready gowns. On the second story fronting the Place Vendôme, the  “Appartement” is where clients are invited for private showings of the collections; the other side of the floor features Objets Nomades, travel and home objects collaborations with big-name designers, including Marcel Wanders’s Lune chair, on offer permanently for the first time at Louis Vuitton in France. Pieces made exclusively for the opening include a new Geneva-made Tambour watch with 296 inlaid diamonds, and a Capucines bag in metallic crocodile with a two-tone V clasp. Even those accompanying shoppers will find themselves amused: the space is outfitted with 33 museum-grade works by artists such as Yan Pei-Ming and Stephen Sprouse.

For Marino, it was important to honor the history without being chained to it: “The Place Vendôme facades were created for Louis the Fourteenth and are marvelously Baroque, but they were stage sets for the king,” he says, noting that the work behind them is not considered of equal historical importance. “So, as a philosophy, I thought I would juxtapose a modern aesthetic to everything within the walls and restore the exterior as beautifully and faithfully as possible.” In other words, Marino lovingly revived the facade, yet made the airy interiors—where much of the flooring is herringbone parquet, 18th-century stone stairs mingle with glass balustrades and steel cables, and first-floor ceilings are again more than 16 feet high—as timeless and original as a certain monogram itself. 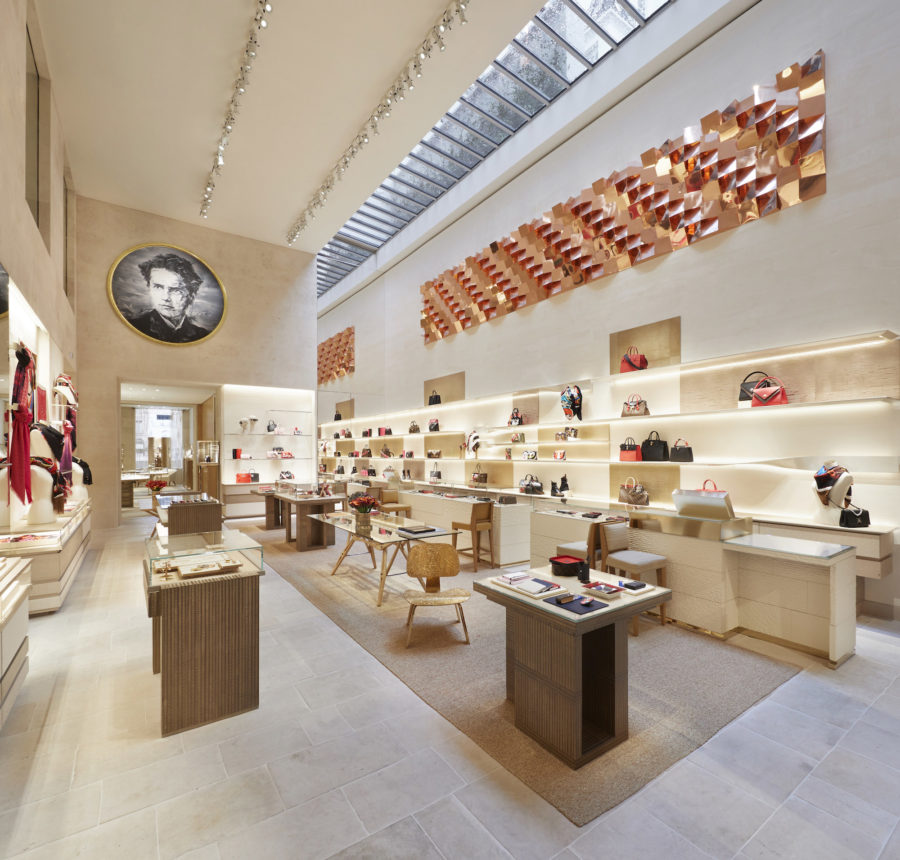