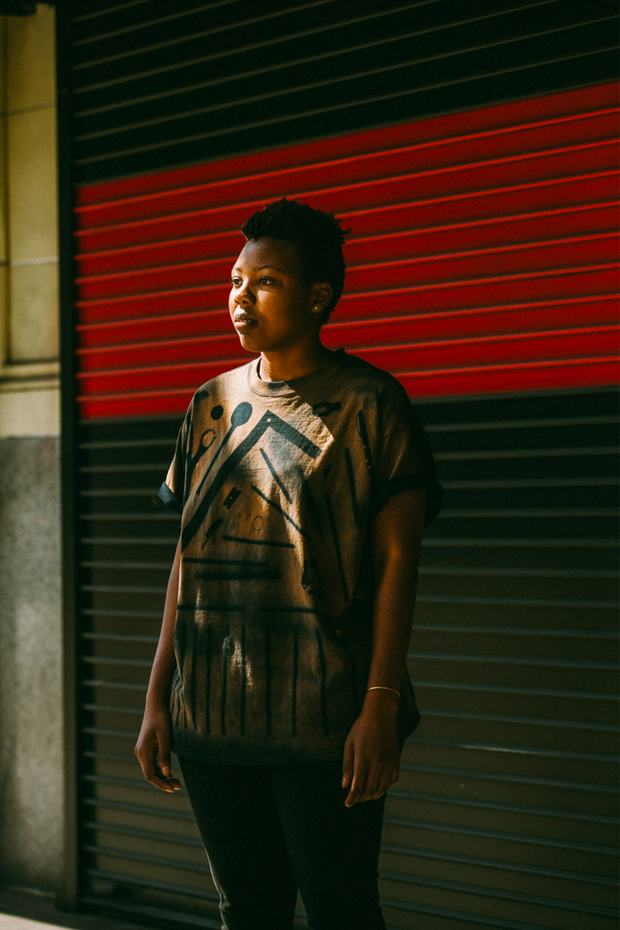 The artist approaches her practice not only as her own media platform, but as a business.

The artist approaches her practice not only as her own media platform, but as a business.

In this column, we ask our special projects editor, Bettina Korek, founder of the Los Angeles–based independent arts organization For Your Art, to select something in the world that she believes you should be aware of at this particular moment.

Many have lamented the fact that the startup tech entrepreneur has replaced the forward-thinking artist. Not Los Angeles–based artist Martine Syms, who unequivocally states, “My art practice is a business.”

Her work—which explores the relationship between identity and American media’s use of language and gestures—doesn’t necessarily align with the idea of entrepreneurship, though. Instead, her approach is, as she puts it, “a more hardcore ethos of self-determinacy.” Although, she adds, “A lot of my work is about value and how different values circulate in the world, which seems to be tied to the idea of entrepreneurship.” She continues, “I was thinking about Sol LeWitt. He wanted his art to be machines to make the art.”

This year appears to be a pivotal one for Syms, who has steadily been gaining attention through her publishing, video, and performance explorations of how memory and identity are affected by the increasingly fluid boundaries between business and culture. In January, she was part of The Broad museum’s “Tip of Her Tongue” performance series, and she currently has an exhibition, “Com Port Ment,” on view at Karma International Los Angeles (through April 23). Another show, “Fact & Trouble,” will be featured at the ICA in London in the coming months.

She graduated from the Art Institute of Chicago in 2007. Rather than making art, she decided to invest her energy in an artist-run project space called Golden Age (“There is a big history of alternative spaces in apartments in Chicago. I wanted to bring some of what I had grown up with”) and began to use the term “conceptual entrepreneur” to describe herself. In 2011, following five years of selling books, an occasional artwork, and living modestly, the space closed. But the founders created a book about how they did it. Syms says her intent with the publication was to spur other people to start similar projects.

Her performative lecture at South by Southwest in 2013 was a breakout moment. She used the platform to ask questions such as “What does it mean for a black woman to make minimal, masculine net art? What about this piece is ‘not black’? Can my identity be expressed as an aesthetic quality?” Later that year, “alternately pissed off and bored,” she published The Mundane Afrofuturist Manifesto through the not-for-profit Rhizome with the aim of asserting “a different set of values to begin imagining the future” through a new framework for black cultural production.

From there, things snowballed. In 2015, she was included in the New Museum’s Triennial. Another significant development in Syms’s trajectory was her decision to move back home to L.A. from Chicago. She was attracted to many of the things people don’t like about the City of Angels, which she calls “a weird, shitty place.” It is, she says, a place that allows her to simply “do what I want to do.” And though L.A. is home to this country’s entertainment industry—a focal point of Syms’s work—she clarifies, sounding almost like a journalist, “I want to keep [myself] at a critical and personal distance.”