The Crosby Studios founder harnesses the sharing economy to bring his colorful design language to the masses.

For most, nostalgia sets off fond recollections of simpler times. Harry Nuriev, however, doesn’t merely recall them—he physically recreates his childhood memories with the utmost clarity and imagination. The Moscow-born, New York–based founder of Crosby Studios has become synonymous with Instagram-friendly interiors populated with playfully contoured furniture, each one saturated in monochromatic hues. At Collective Design 2018, he summoned his Russian upbringing with a rotating purple carousel table set against a backdrop of wallpaper depicting the concrete apartment blocks he knew as a child. For a Dallas Contemporary solo exhibition that same year, he assembled a gaggle of rubber tire swans, a nod to Soviet lawn kitsch.

His latest endeavor, a rentable studio apartment in Moscow, again sets his design sensibilities in another time, while thrusting the share economy headlong into the future. Tucked away in a secluded, tree-lined backyard is a rentable, multi-use space replete with Crosby Studios furnishings uniformly coated in a rich shade of Yves Klein blue. Surreal, imaginative details flourish: a makeshift chandelier, made of cobalt Bic pens, floats above an ovoid meeting table supported by curvy, neotenic legs. The kitchen buildout, meanwhile, is clad in broken tiles and Gzhel, a classic Russian floral print. The apartment, which brings Nuriev’s childhood dream space to life, “has everything I love,” he says. “Flowers, blue, and my heritage.”

The apartment is also Nuriev’s attempt to democratize design, by giving people “the chance to sleep, eat, shower, and live in my design language without having to purchase it,” he says. Visitors can host meetings or short stays by the hour, day, or however long they please. His ideal customer? Anyone who seeks an unexpected visual experience which, to his mind, are lacking in today’s public realm. “Years ago, public spaces and airports were done by famous architects,” he notes, “so everyone could learn the importance of design.”

Such reverence for design forebears is hardly a hallmark of his work, though one key piece of furniture in this space may strike a chord with connoisseurs. A circular bed frame, easily the apartment’s pièce de résistance, calls to mind the distinct architecture of Louis Kahn’s Phillips Exeter Academy Library. Its wide apertures, found on each side, embodies design’s potential to empower, enlighten, and energize. “Louis Kahn used to say that his spaces made people say things they’d never say elsewhere,” says Nuriev. “I hope to do the same.” 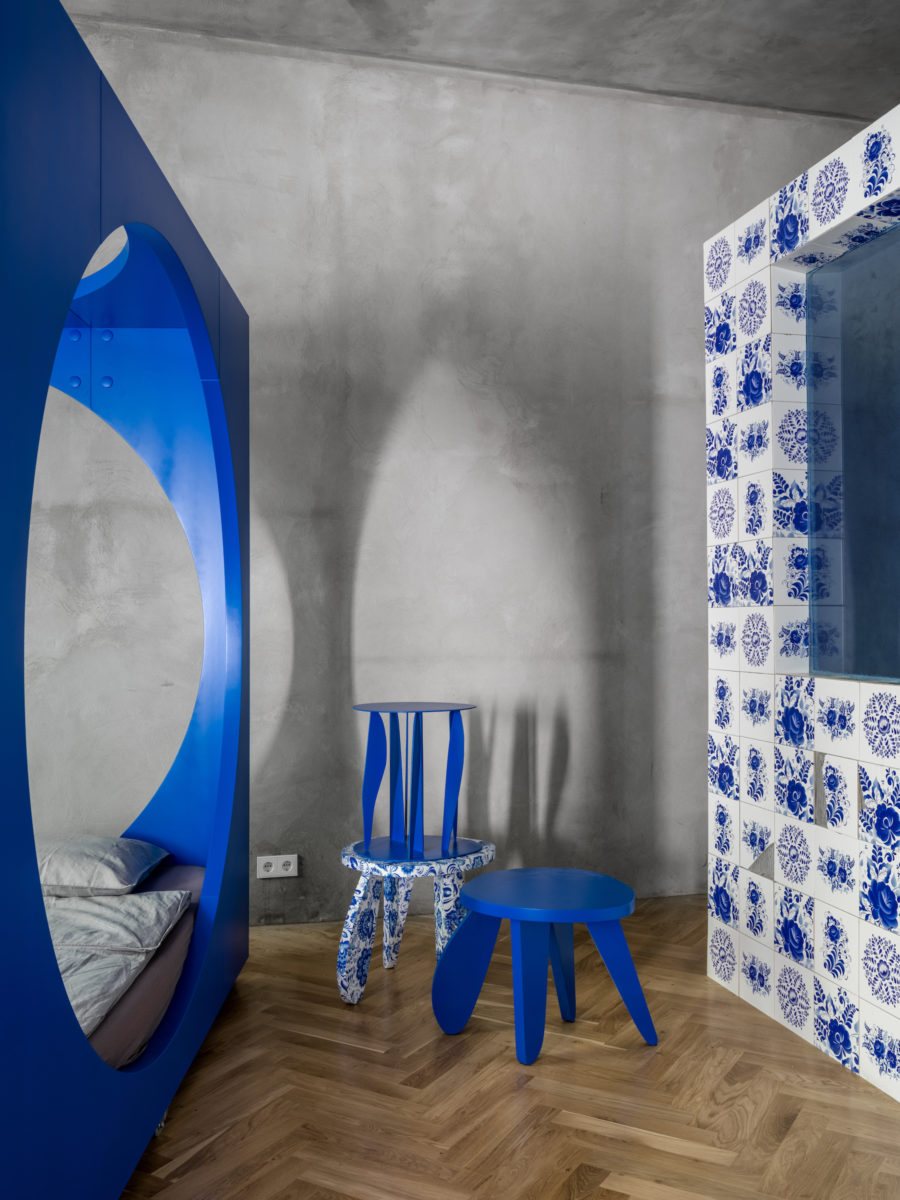 Designer of the Day: Ingrid Donat