How Noma Found Design Synergy With The Yucatán Peninsula

When René Redzepi announced he’d be taking Noma on the road for a Tulum pop-up, anticipation swirled around how the chef would take his artful, forage-centric methodology, which springboarded New Nordic cuisine into the global spotlight, and apply it to Mexico’s culinary traditions. His tropical creations—pasilla chiles simmered in meliponine honey and stuffed with chocolate sorbet; grilled mandarin skins with green-pumpkin ice cream and ant paste—have flooded social media, but one of the most impressive aspects of the restaurant has been lost in the hype: the immersive design by Mexico City’s La Metropolitana. The firm was tasked to transpose the menu’s ethos into a built environment, an open-air space swathed in jungle and fitted out with custom furniture and dramatic lighting. 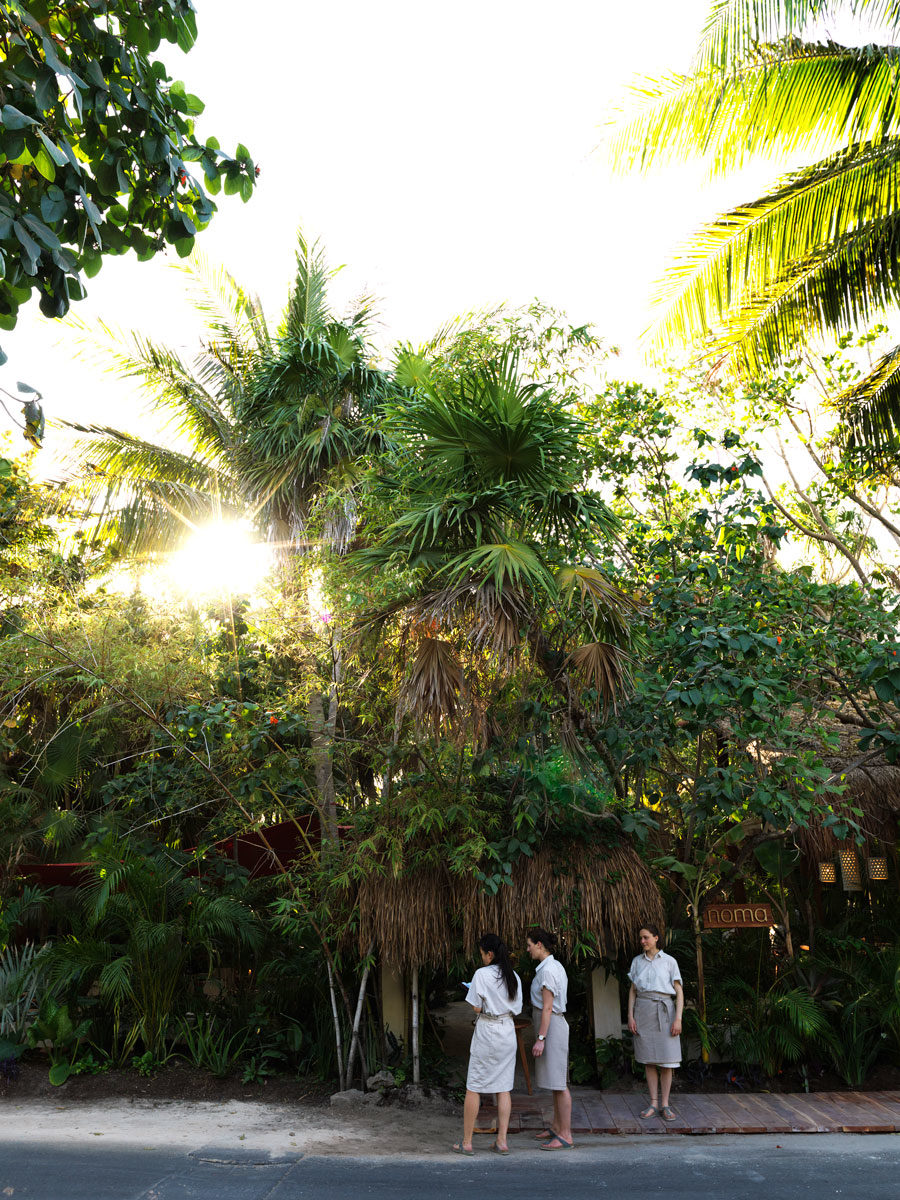 With help from Tulum-based firm Studio Arquitectos, Noma’s head of research and development, Thomas Frebel, and Mexican designer Cecilia León de la Barra, La Metropolitana aimed to capture the mystic character of the Yucatán Peninsula. Mexican carpenters utilized the region’s natural materials, like Tzalam and Chukum wood, as well as local textiles, to handcraft the chairs, benches, and tables. “The challenge was to refer to Mexico and respect its essence in a contemporary, purposeful way,” says Alex Gutierrez, one of the founding partners. “We wanted to create a magical, almost surreal experience where the diner, by walking on the sand and through the foliage, little by little they discover the materials, smells, sounds, and colors.” Following in the footsteps of past pop-ups in Sydney and Tokyo, the ephemeral space is proof once again that when it comes to Noma, no detail is too granular. Even thousands of miles away from home.