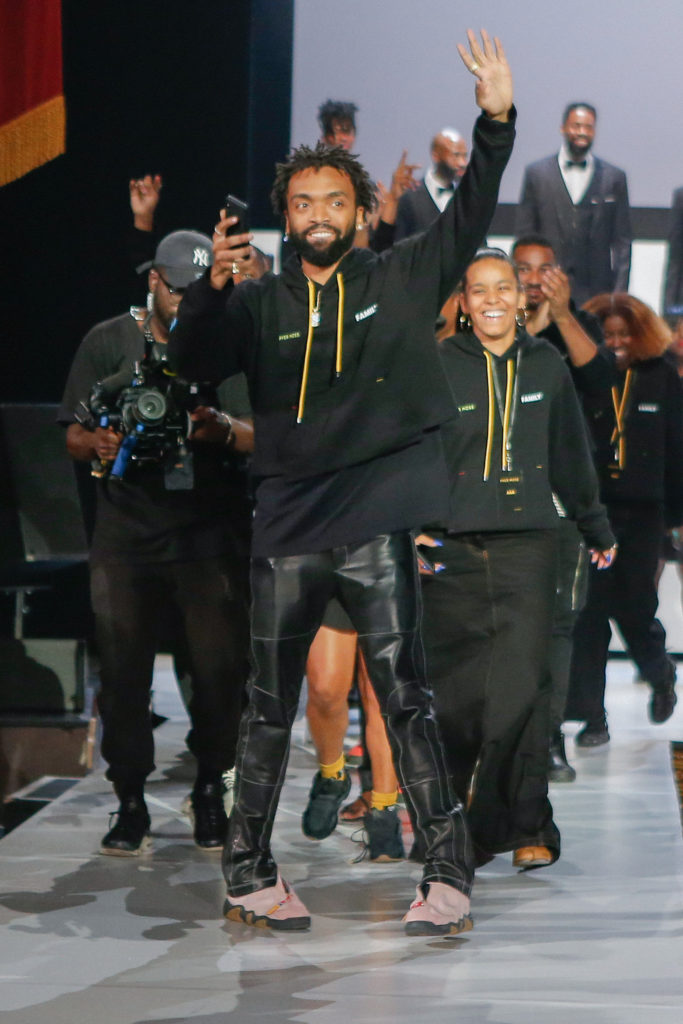 Pyer Moss Orchestrates a Sartorial Symphony for the History Books

Excellence is what Kerby Jean-Raymond presented at the Kings Theater in his hometown of Flatbush in Brooklyn, New York. Here, the founder and designer of Pyer Moss exhibited his Spring 2020 collection, filling up nearly 3,000 seats that, by the end, had the house hollering with excitement and admiration over the profound message presented. It was, to be sure, no mere fashion show, but art showcase that took guests through history and back.

“Seeing the incredibly powerful Pyer Moss show made me think of Dapper Dan’s quote that he gave Surface last September,” says Stephen Watson, editorial director at Surface. “He expressed: ‘If I can’t come up the staircase, I’ll build my own.’ Kerby Jean-Raymond recalibrated the fashion industry by presenting a beautiful and intelligent collection inspired by Sister Rosetta Tharpe. It was created on his own terms; he not only built a grand staircase, but an entire majestic theater jammed with fans both old and new.”

It is this narrative of the black experience in America—the snails-pace ascendancy from slavery to racial segregation to further marginalization in society to some (by relative measures) degree of acceptance—that characterizes Pyer Moss’s shows. His Spring 2020 collection, titled “Sister,” serves as the bookend to his “American, Also” trilogy, a series of shows that address the undervaluing of African American contributions in popular culture. It is evident that he is following the ideals enacted by the prolific writers and artists of the Harlem Renaissance, creatives that placed black history in a position of authority.

This message was vocalized loud and clear when writer Casey Gerald eulogized Tharpe, and her immense impact on the music industry; the way she mixed rhythms that are the basis of rock ‘n’ roll—yet her name is lost to the masses. Following was the Pyer Moss Tabernacle Drip Choir Drench in the Blood, accompanied by a band clad in white tuxedos. A spectacle started to materialize, and with so much goings-on, the clothes could have gotten lost in the shuffle. But they didn’t. If anything, they were front and center, both literally and figuratively, enhanced by the moving renditions of songs by Anita Baker, Whitney Houston, Cardi B, Missy Elliot, Queen Latifah, and more.

The celebration of black rhythms took form in a collection of menswear and womenswear that melded a ’70s disco flair with a modern-day, hip-hop-inspired edge. There were sleek vibrant bell-bottom trousers paired with kimono-style tops and blazers, long pleated dresses in saturated colors adorned with gold necklaces, leather colorblocked pants and jackets with python cowboy boots, and sportswear separates cast in adinkra symbols. The music references were prolific: graphic prints of headstocks, bags shaped like mini guitar cases and baby grand pianos, keyboard patterns on the hems of tops, and collars, lapels and shirt panels modeled after the contours of various instruments.

There were a series of prints created by Richard Phillips, an amateur artist who was exonerated in early 2019 after 45 years of wrongful imprisonment. He, too, finds inspiration in black musicians, creating paintings in bold hues that spring off his canvases, visualizing what is surely a lively set. This spirit of collaboration also emerged in fresh, sporty ensembles that were done with Reebok, where Jean-Raymond moonlights as the artistic director.

At 32-years-old, Jean-Raymond has realized a collection that is truly one for the history books. Not only does it pay reference to black artists of disparate mediums (music, art, fashion) that came before him, it encourages younger generations to follow suit. Indeed, so much of today’s society is influenced by Western and European ideologies and motifs, which places people of color in either subservient or predatory roles. But what he displayed takes after a pantheon of leaders—Tharpe, Aaron Douglas, Langston Hughes, Maya Angelou, Benny Andrews, and Kehinde Wiley—that exemplify black excellence. And with an astounding collection such as this, Jean-Raymond is well on his way of joining that illustrious roster.

Check out the Pyer Moss Spring 2020 collection in the slideshow: 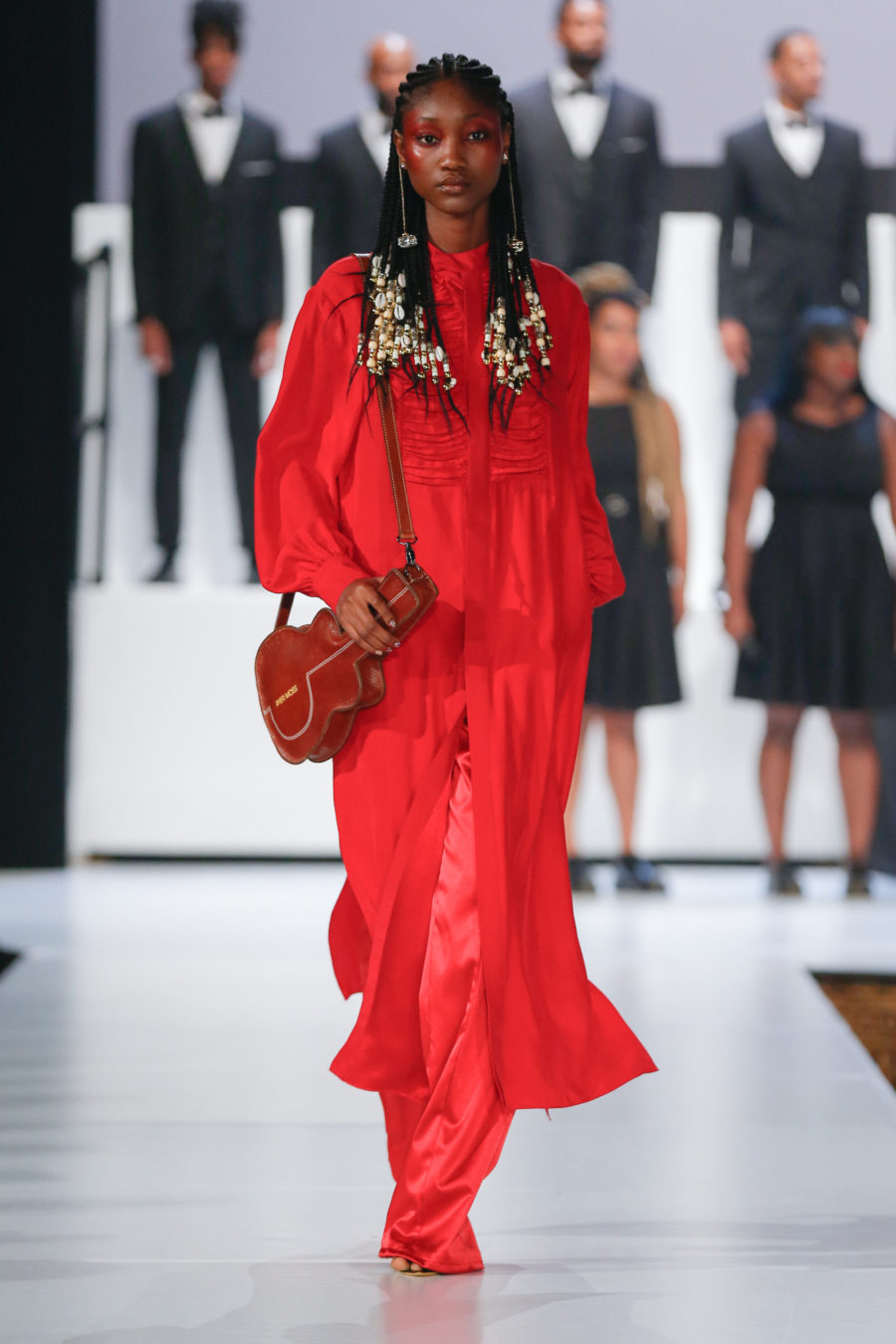 The Essential Design Guide to Marrakech