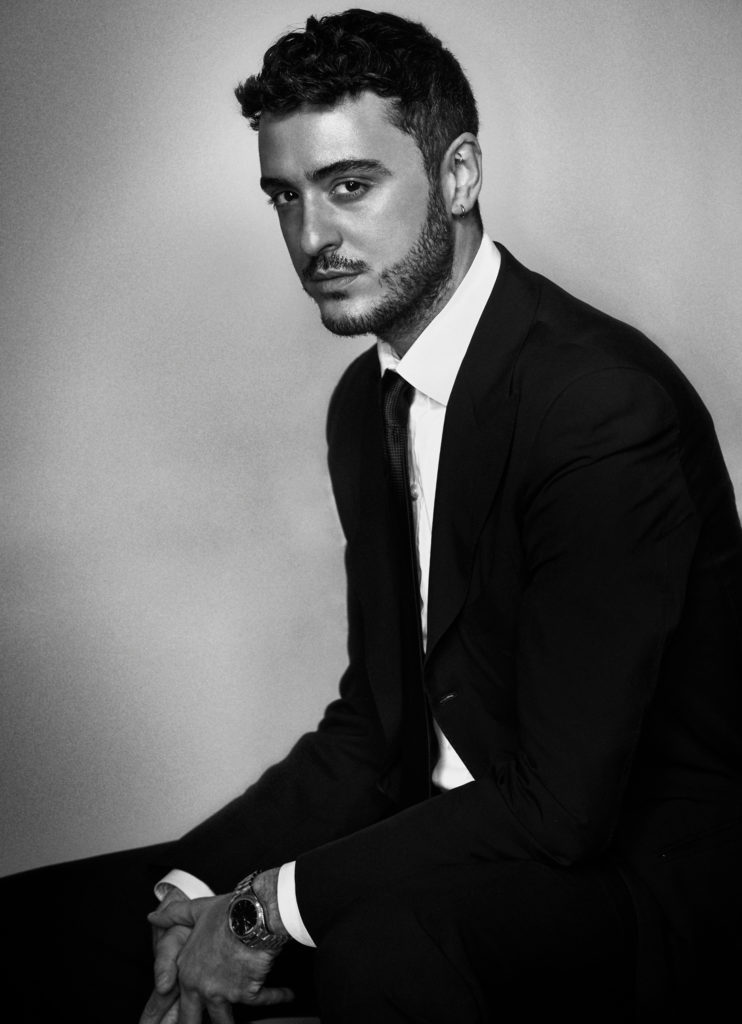 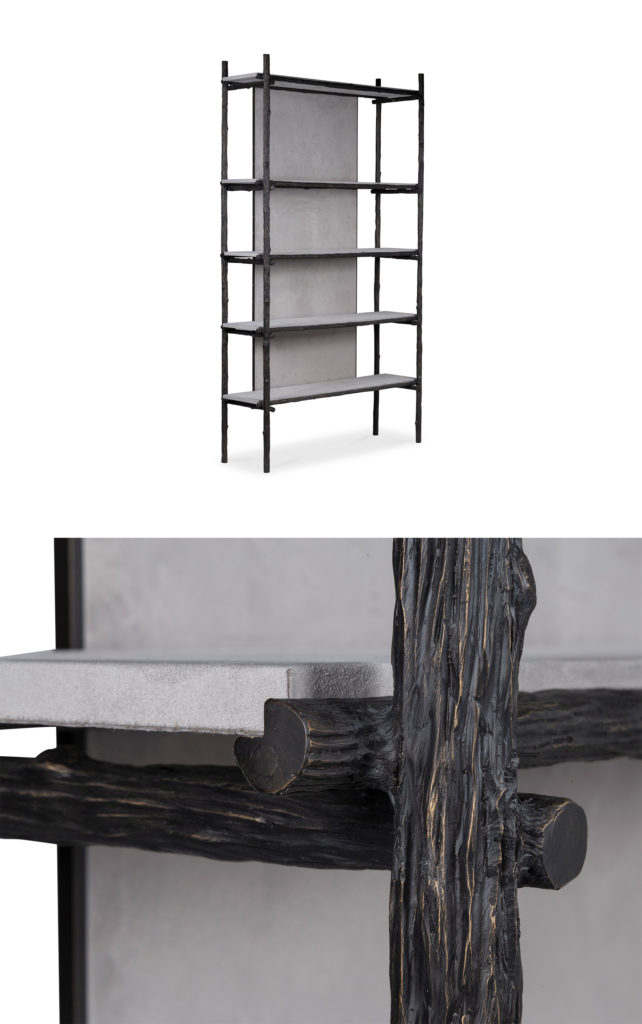 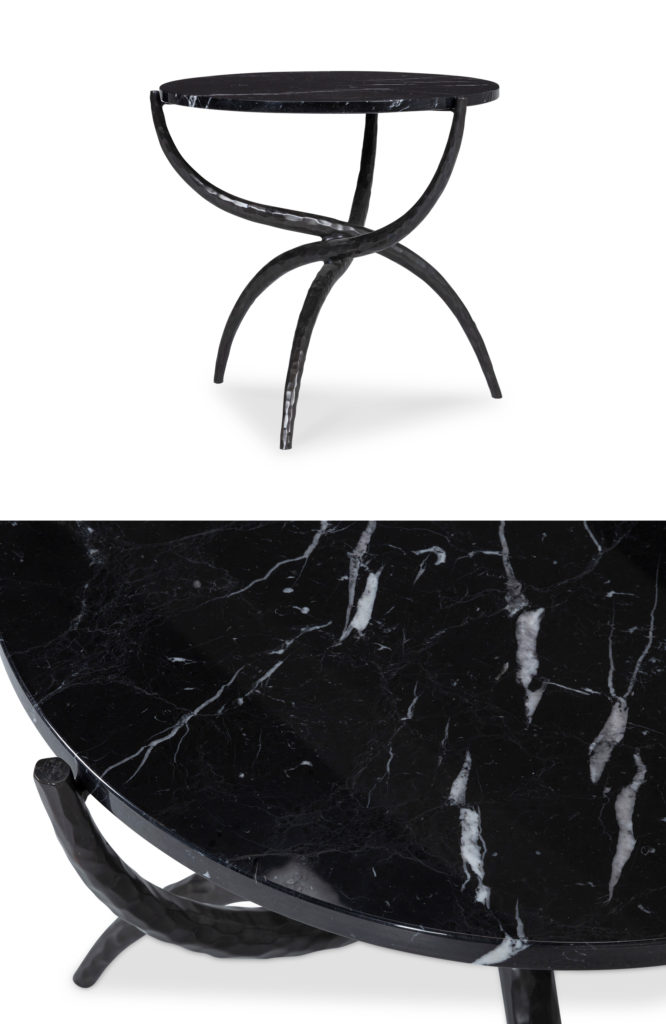 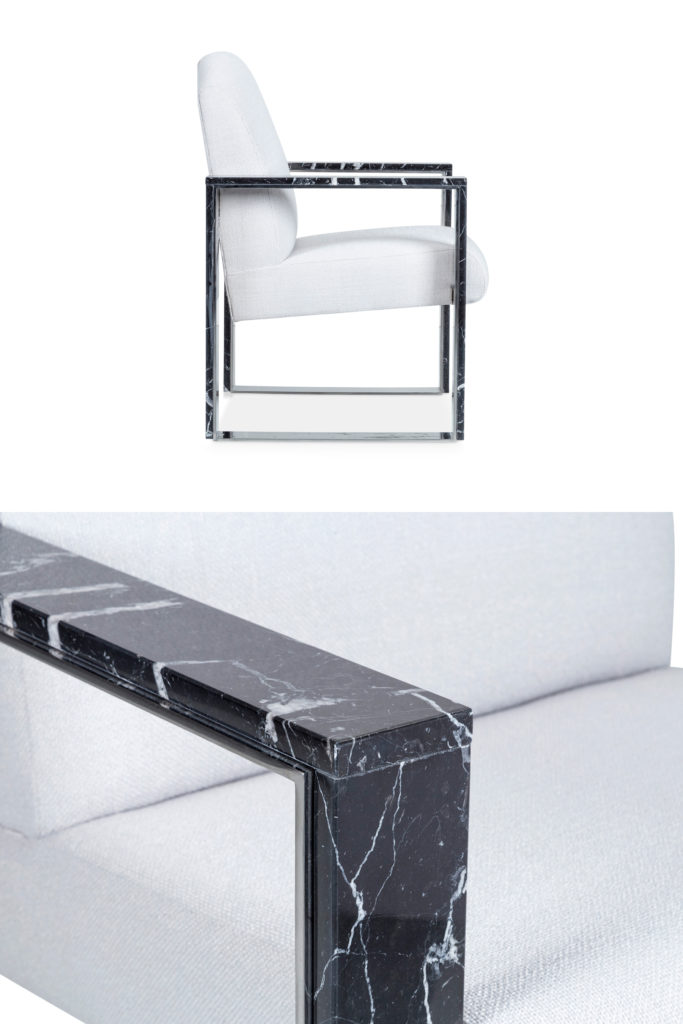 “I’m not looking to reinvent the wheel,” says Ryan Korban, referencing his long-awaited furniture line that he recently launched through EJ Victor. Anyone the least bit acquainted with Korban’s body of work, however, understands his propensity for the refined and disruptive—not quite reinventing the wheel, but redefining it. His 40-piece collection, called KORBAN, consists of seating, tables, beds, and lighting that slightly resemble the custom pieces he crafted for retail clients over the years. He explains the style as “Romantic Brutalism,” a fitting descriptor given his natural inclination to dabble in contrasts: Downtown cool-kid meets Uptown savoir faire, plush textures meet severe silhouettes, and “old-world European details meet modern sensibilities,” he says.

He’s an award-winning designer who, after launching his eponymous interiors firm in 2008, cut his teeth dreaming up palatial flagships for close friends Alexander Wang and Joseph Altuzarra—not to mention residences for Kanye West. (The former, in fact, has never trusted anyone else to design his brick-and-mortar.) Though his firm falls on the younger side, he seems to have struck a chord among blue-chip clientele and discerning aesthetes, amassing more ambitious, larger-scale, and higher-profile commissions that continue to elevate his idiosyncratic approach to new heights. One example is 40 Bleecker, a high-end residential development that sold more than a third of its units within minutes of hitting the market. With these career milestones under his belt, launching his own furniture line feels like a natural next step.

Korban and I met at the Principe di Savoia—a historic Milanese hotel whose fanciful bar by Thierry Despont sits underneath a 5,000-piece crystal chandelier—to discuss the ins and outs of his new collection.

Now that KORBAN has been released, how are you feeling?

Great! You know, I’m really not looking to do something that’s never been done before. I’d rather offer updated versions of all my silhouettes from over the years—of course, in my favorite materials such as marble, suede, and bronze.

You’ve custom designed so many pieces throughout your career. It’s almost one of your signatures.

Retail design is one of my biggest passions and was 100% of my business for years. Those projects all demanded custom fabrication for almost every element. I grew to love the process of building things and grew tired of the “treasure hunt” for product. I always wanted to make it myself. Many pieces in this collection are derivative from ones in my retail projects. I’d make these gorgeous pieces that only lived in a retail setting, so now it’s incredibly exciting to see how my clients use them in their own personal spaces. We worked tirelessly on seat heights and depths, and finessed each product to be comfortable for residential as opposed to retail.

You describe the collection as “Romantic Brutalism,” which is on a similar wavelength as your interiors.

And these moods are ever-present in each piece! Marble mixed with suede, plaster with hard bronze, dark oak woods paired with blush velvets… These are key focuses I can’t quite escape. It’s both masculine and feminine, and it plays off Jean-Michel Frank and other 1920s European furniture designers. Clean shapes with interesting materials were a huge influence.

Of course. Mixing wired brushed out with suede wrapping, textured metals with shearling upholstery… I was really excited about using washable suede as a surface on the casegoods. They’re some of my most favorite items.

What’s the most unexpected piece?

Good question! Probably the Abbey dining chair. It’s more traditional (still with an update) than what I’d normally do, but there’s still something about it that feels old-world.

You don’t strike me as someone who takes kindly to tradition. Did you learn anything new about your own design sensibilities?

Yes, that my personal taste has evolved considerably over the years. It’s incredible how restrained I’ve become and how streamlined my work is becoming. If I’d done this collection eight years ago, I fear it would have skewed “more is more.”

Chairs are often considered one of the most difficult pieces to design. After having wrapped this up, would you agree?

Hmm, I’d have to disagree! We worked mostly in full upholstery, and there’s so much you can do in that category. There are incredible amounts of adaptations you can create once you have a base you love.

What gaps in the marketplace do you aim to fill?

We really strove to create furniture that mixes well with other pieces. I worked hard to offer items that would mix easily with other styles and tastes. Would I love to sell an entire room to the customer? Absolutely. But it’s even more important that someone purchases a coffee table or side table and mixes it with something completely different… and it still works. The retail landscape is in such an item-driven place and this was top-of-mind for me.

Does launching KORBAN feel like a natural career progression? A next step?

Yes! I ended up bringing back my most successful pieces, which felt incredibly natural. It feels like I’m giving them a second chance.