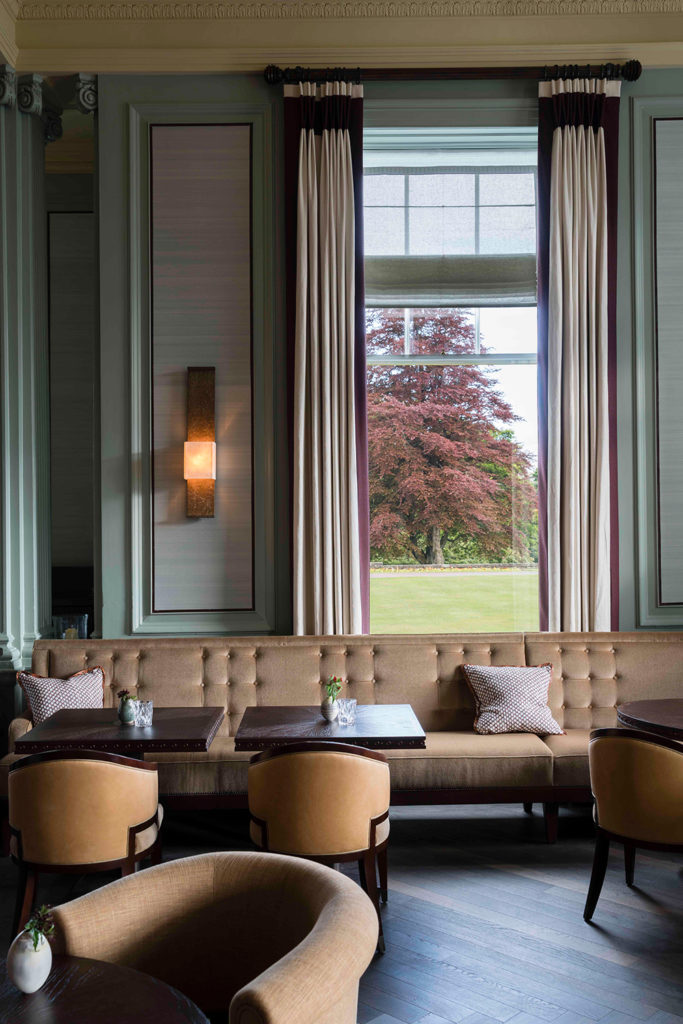 The Gleneagles Hotel’s hallowed drinking den gets primed for a new generation of travelers.

The Gleneagles Hotel’s hallowed drinking den gets primed for a new generation of travelers.

Since its inception in 1924, the well-to-do classes from all over the world have considered the Gleneagles Hotel the playground in Perthshire, Scotland, even refashioning it a “Riviera in the Highlands.” At the center of the sprawling, chateau-style property is one of the country’s national treasures, Century Bar, where guests socialize over rare whiskies. So, when the time came for a refurbishment, the aim was to polish, not reinvent. “The key was to be sympathetic to the surroundings while ensuring that we create a room which is nostalgic, has its own personality, and embraces the Gleneagles DNA,” says Simon Rawlings, creative director of the London-based David Collins Studio, the firm behind the makeover. In that vein, Rawlings looked to local artisans when sourcing materials, including hand-crafted leaded glass by Ramoyle Glass in Dunblane and fabrics inspired by historic patterns from Johnstons of Elgin, a centuries-old textile company known for their cashmere and merino knitwear.

In recent years, the resort has played host to world events like the G8 and Ryder Cup, trading on its heritage and prestige to remain relevant nearly 100 years after it first opened its doors. Various designers were also enlisted to update 30 of the rooms and public corridors, as well as to conceive new additions like the après-golf Auchterarder 70 lounge in the Dormy Clubhouse, the work of British design house Macaulay Sinclair.

Still, the Century Bar will always be the beating heart of Gleneagles, now primed for the next generation of travelers coming to sip Scotland’s famous commodity. “It was a historic space to begin with,” says Rawlings. “By taking details and reawakening them, we created a truly contemporary interpretation that is a great introduction to the hotel’s story.”