After a lifetime spent honing his craft, the Ireland-born, Vermont-based glassblower shares his story and his handiwork in a new book.

BY LAURA RASKIN
PHOTOS BY MONICA DONOVAN November 1, 2016
Share
Back

At nearly 70, glassblower Simon Pearce has no reason to worry about his reputation. An Irishman who moved to Quechee, Vermont, in 1981, setting up shop in a former woolen mill, Pearce now has 284 employees who translate his Georgian-inspired designs into kitchen- and homewares. So when family friend Glenn Suokko, a photographer and writer, proposed a new book about Pearce, the designer initially needed some convincing before he relented. “Glenn is fantastic, and when he does something he does it so well and so beautifully, and it was a very painless exercise,” says Pearce.

Suokko had documented Pearce’s work for a 2009 book on his and his wife Pia’s lifestyle, centered around running a destination restaurant in tandem with his workshop, all housed in the mill. This would be a different story. Both Suokko and Pearce agreed that Simon Pearce: Design for Living (Rizzoli), published this fall, would illuminate Pearce’s design life, giving ample room to the profound influence of his parents’ lives and interests, the artists and designers who permeated Pearce’s childhood, and, of course, Ireland. “He has an incredibly innate sense and understanding of materials and form,” Suokko says. “That’s why his work is so amazing.”

Pearce was born in 1946 in London, but at 4 years old he and his parents moved to Ireland. There, his father, Philip, built a house overlooking Ballycotton Bay and filled it with Scandinavian furniture and housewares as well as local pottery and crafts. Philip eventually established a pottery, and, at first, Pearce followed in his father’s footsteps. Pearce’s mother, Lucy, who had a sharp eye for design, helped grow the business. After mastering pottery, Pearce switched to glassmaking, in part due to his fascination with the collection of blown glass owned by his godfather, the painter Patrick Scott. Pearce went on to study with glassblowers around the world before establishing his own studio in the ’70s. As shrewd at business as he is attentive in his art, Pearce was frustrated by the bureaucracy and economic climate in Ireland, and moved to Vermont, a place with its own verdant beauty and “no roadblocks,” says Pearce. 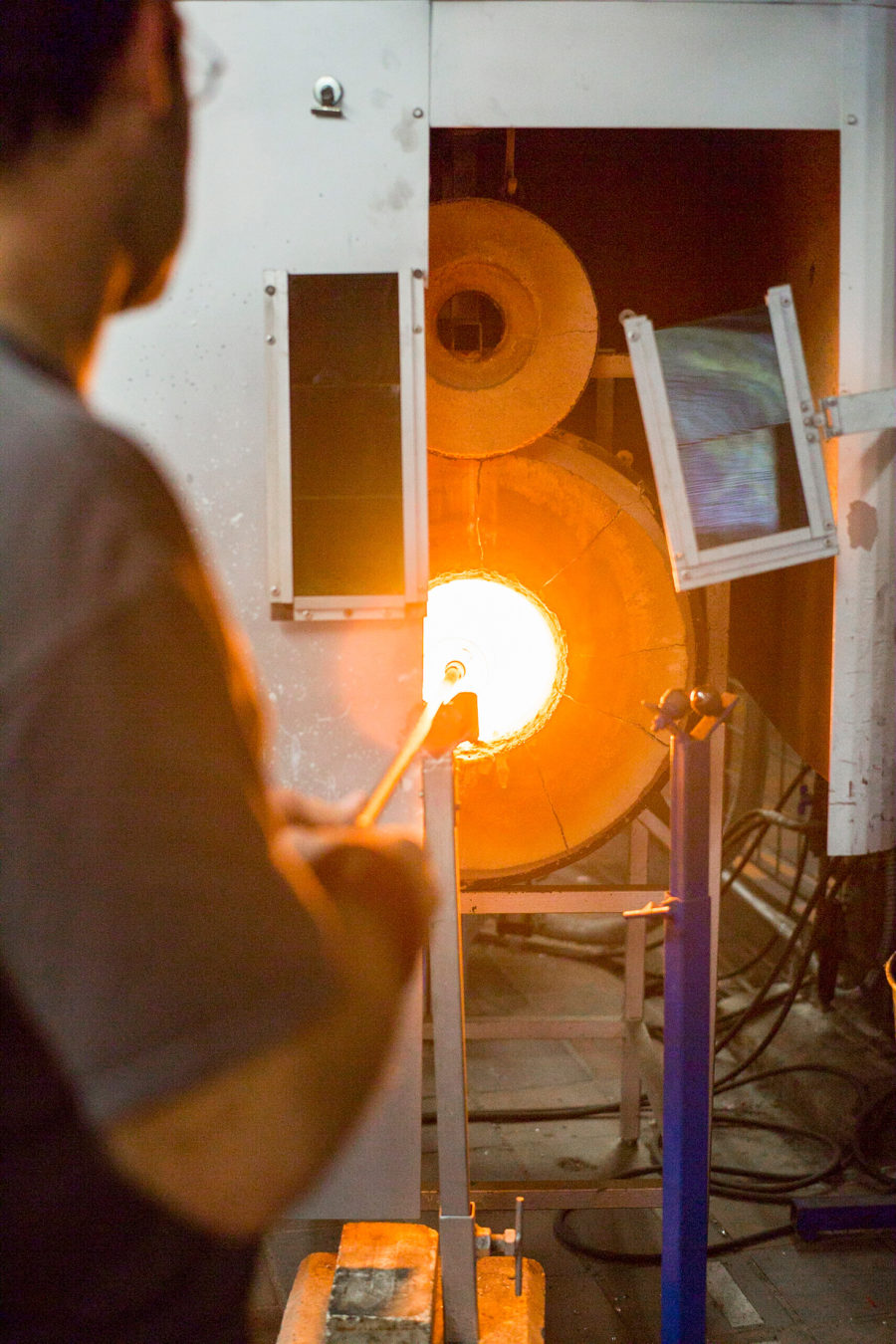 The book is also filled with Pearce’s gestural, almost architectural sketches. Though he initially didn’t want to include them, as he doesn’t consider himself a draftsman, Pearce conceded. “Drawing is very important to me for designing. I do these scribbles, and I get the idea,” he says. The volume is better for their inclusion: the ephemeral counterpoint to tangible, solid glass.

These days, Pearce is acting as CEO for his company and still does some designing and glassblowing. His focus is happily on his children and grandchildren.

For Suokko, a single Simon Pearce glass now tells big stories. He recalls the week he spent in Ireland with Pearce, going for walks and drives, eating out, meeting former neighbors, and catching up with Pearce’s friends. One day, on a walk in a marsh between Pearce’s childhood home and the bay, Sukko asked Pearce about his design influences. When Pearce didn’t immediately respond, Sukko worried he had pried too much, but Pearce spun around, “and this incredible story came forth about his childhood,” says Sukko. “He answered my question more than I could ever have imagined.”

A Dreamlike Vision for Hermés Maison