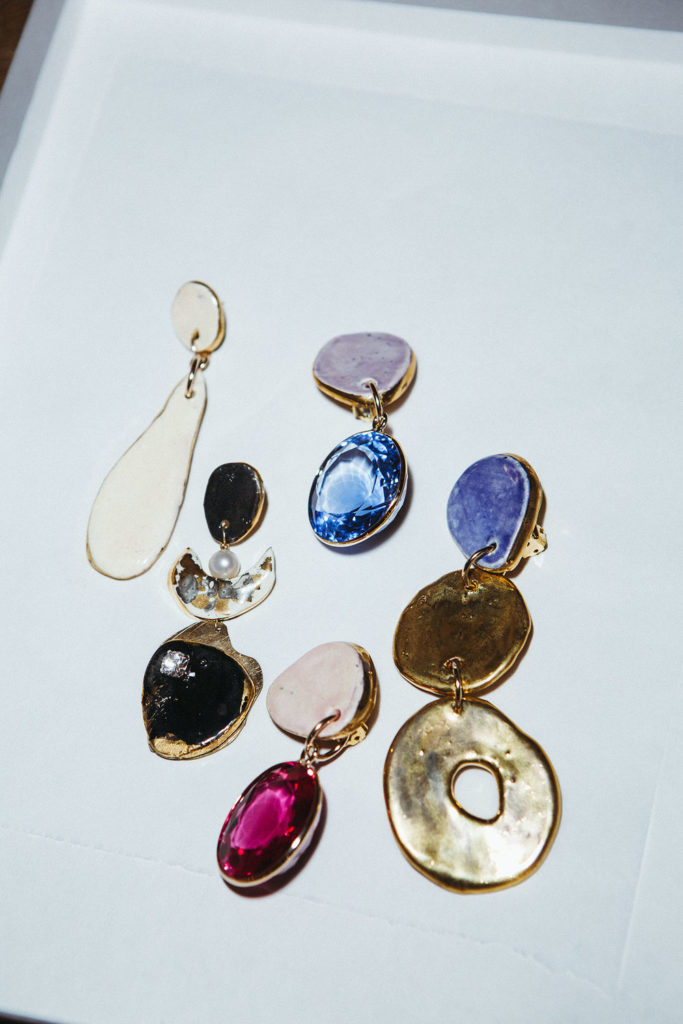 In this column, we ask our special projects editor, Bettina Korek, founder of the Los Angeles-based independent arts organization For Your Art, to select something in the world that she believes you should be aware of at this moment.

Sonia Boyajian’s career in jewelry started at a small store in Antwerp run byPascale Masselis. The place was filled with tiny drawers and known for its vintage jewelry and precious antique buttons. Boyajian describes it as “completely opposite of mass market.” She had moved to Belgium after studying fashion at Otis College of Art and Design in Los Angeles, and fell in love with Masselis’s handmade approach.

Now back in L.A., Boyajian has carried this whimsical spirit forward and built a name for herself among celebrities and art world denizens as a singular jewelry designer. Her fall/winter collection is inspired by the distinctive 20th century art patron Peggy Guggenheim. (She even posed as Guggenheim in the line’s look book.) It has drawn much attention, thus introducing her eclectic designs to an even wider audience.

Though she works primarily in both costume and fine jewelry, the designer also produces custom work, including redoing engagement rings and updating family heirlooms. It signals Boyajian’s belief that jewelry constitutes a deeply personal experience. “It helps the wearer define their identity and becomes a part of that person,” she says.

The jeweler’s space in Hollywood—which functions a cross between an artist studio and fantasy dressing room—creates a safe zone for clients to experiment amidst a 15-year archive of her work. “It’s okay to have fun, dress up, and put a tiara on,” she says, “or to just look wild.” Being with clients allows her to get to know their tastes and what they feel comfortable wearing. She involves them closely in the design process. “A lot of creative people come to me naturally because they already have a very strong sense of what they want,” says Boyajian, whose own style mixes vintage finds with friends’ labels, such as Creatures of the Wind and Eatable of Many Orders.

Working against saturated markets and off-the-rack buying experiences, Boyajian understands design as something bespoke or handmade. She makes most of her own parts and assembles each piece in her Hollywood studio. She pays particular attention to the findings (the bases for gems, and the links for bracelets and necklaces), which she repeats each season. “I realized, in the end, that what makes a piece of jewelry or clothing individual are the tiny details that you keep seeing over and over again,” she says. The result? A language all her own, comprising surrealist shapes and bold stones.

Considering Boyajian and Guggenheim’s shared love of surrealism—the latter often wore one-of-a-kind pieces by artists such as Alexander Calder—this season’s reference seems natural. But it was Guggenheim’s autobiography that fueled an obsession: “She had a thirst for knowledge, and her relationship with the artists—she had a way of displaying art that we don’t see anymore.”

In Guggenheim’s personalized approach to art and life, the designer sees both her clients and herself: “She had a small gallery and a small group of followers. It was never about the money. It was about being able to express something.” The inspiration for Boyajian’s next collection, debuting in Paris this October, is another idiosyncratic style icon: the Oscar-winning costume designer Edith Head, who produced her own jewelry. Says Boyajian: “Women who make things inspire me big time.”