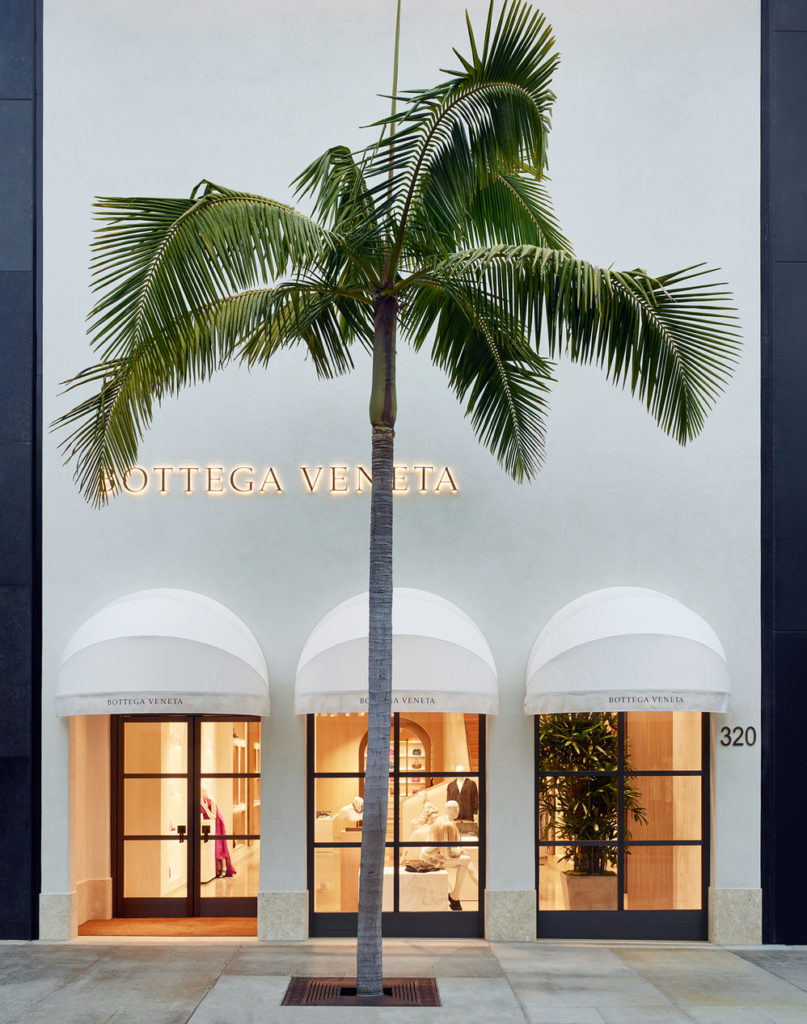 The fashion designer took a hands-on approach to the new store, which nods to Colonial Revival aesthetics as well as the famous Getty Villa.

The fashion designer took a hands-on approach to the new store, which nods to Colonial Revival aesthetics as well as the famous Getty Villa.

Since joining Bottega Veneta as creative director 15 years ago, the German designer Tomas Maier has shepherded the Italian luxury-goods house into a rarified position in the industry, largely through his penchant for moderation and discretion. The brand’s new Los Angeles “maison,” on North Rodeo Drive in Beverly Hills, brings this to bear. Like Bottega’s existing maisons — the first opened in Milan in 2013; a third in New York is scheduled to open next year — its atmosphere is light and airy, and creates a sense of spaciousness that’s almost meditative.

The 4,800-square-foot space, created by Maier himself, the son of an architect — he notes he isn’t one; a 15-person in-house design team assists him — oozes Southern California, specifically the area’s Spanish Colonial Revival architecture. Maier has been traveling to the state for decades, including to places like Santa Barbara, Montecito, and Pasadena, and found inspiration in the work of the path-breaking Lutah Maria Riggs, the first licensed female architect in Santa Barbara. A residence she designed for Baron and Baroness von Romberg, completed in 1938, was of particular interest. (The home is currently under renovation.) “The house is beautiful because of its Mediterranean restraint,” Maier says. “There aren’t many decorative elements going on. I liked that.” Maier also looked to the homes of George Washington Smith, who once employed Riggs and was a mentor to her, and Bertram Goodhue’s Austin Val Verde estate.

The resulting two-story environment feels less like a shop and more like a recently renovated mid-century home. It’s a notable departure for the brand. “I let go of the usual store concept,” Maier says, “and I did something special. The place calls for it.” The exterior, a white plasterwork facade with stone trim and serif font for the brand’s lettering, features three arches. A palm tree in front, in the right light, throws an outline of the trunk and the leaves against the outside wall. Wanting to instead put the focus on the building’s austere exterior form, Maier eschewed window displays (“I find them very old-fashioned,” he says). If the building’s trying to stand out through its design, it’s only doing so through outright simplicity.

Inside, earth tones envelop the space via stone and oak flooring and bleached oak walls and ceilings. Immediately upon entering, an organically shaped staircase beckons visitors upstairs, where natural light pours through skylights. Taking a cue from a nearby Malibu landmark, the Getty Villa — specifically its presentation of Greek, Roman, and Etruscan antiquities — Maier installed plaster props to showcase the brand’s jewelry. Mannequins in comfortable, natural-looking poses further accentuate the wares. Added into the mix are subtle shelf displays and glass-encased marble blocks. Elaborating the homey feel even more is pale-hued furniture from Bottega’s Home collection.

The overall space, while intricate, quietly falls into the background, with the bags and luggage, leather goods, ready-to-wear, and other products in the foreground — a move that was intentional. “When you highlight color very little, the product becomes exceptional and everyone wants it,” Maier says. “It gives a lot of opportunity for merchandising.”

In a less obvious way, the maison offers an opportunity for viewing Maier’s distinctive take on the city’s architectural history, too. “It may not be recognizable to anyone else,” he says, “but to me it has a lot of the things I love about L.A.”

Can House of Gucci Propel the Heritage Fashion House?