In the lead up to the 2016 U.S. presidential election, the New York-based artist and super PAC founder reveals what making art taught him about the art of politics.

You co-founded For Freedoms, the first-ever artist-run super PAC, earlier this year with the artist and academic Eric Gottesman. What was your impetus for starting it?

Eric and I have been friends for a long time, and we’ve always bonded around our interest in politics. Every four years we’re having extended conversations about strategy and what we think should be going on. When we started thinking about 2016, we thought it would be a great opportunity to spark a conversation within the art world about the issues at hand, and draw attention to Citizens United [a 2010 Supreme Court decision that made it possible for corporations and unions to spend freely on behalf of candidates without donating to them directly] and some of the problems with alternative fundraising within elections.

Where do you stand on this year’s election?

Where do I stand? Am I standing? Am I kneeling and praying? It’s probably the most exciting election that any of us have been witness to because it’s reality TV meeting reality. That’s a hell of a show. I still think at least Donald Trump was the best choice we had on the Republican side. I’m not sure about Hillary Clinton on the Democrat side. I’m not sure, of the candidates, we had that many better options. Which I think is a bigger problem than being for or against one person.

The thing that’s fascinating about Donald Trump is that we just don’t know what he thinks. Hillary Clinton has had the luxury and the misfortune of having so much experience. For Freedoms is about the complexities. I think finally we’re starting to get to a place where we can deal with the reality that there is no simple solution or perfect answer.

Your art deals a lot with identity and popular culture. But this year your projects have really focused on politics. Is this in part because you’ve seen a merging of popular culture and politics?

For Freedoms is my art project; it’s not my art. It’s a collaborative projectwith about 200 other people. The reasons why I wanted to start a super PAC—because I have my own ideas I wanted to put out there—didn’t happen. Instead, we wound up facilitating a space for other artists to use their voices, and for people who don’t see themselves as creative to get creative. I’ve been saved by not having to make specific works of art around the political discourse of this time. What often happens when you [as an artist] enter political discourse is that [your art] becomes dated. Part of the reason we wanted to have fine art enter the conversation is that a great work of art is never really dated. We’re trying to figure out how to manifest that.

Would you ever run for public office?

I would. That was actually one of Eric and my first ideas, that maybe I should run for office. He’s actually the more wholesome one, so maybe he should run for office and I’ll be the guy behind the scenes whispering in his ear. I don’t think politicians are any more gifted than the rest of us. They’re just determined to actually have their voices heard. 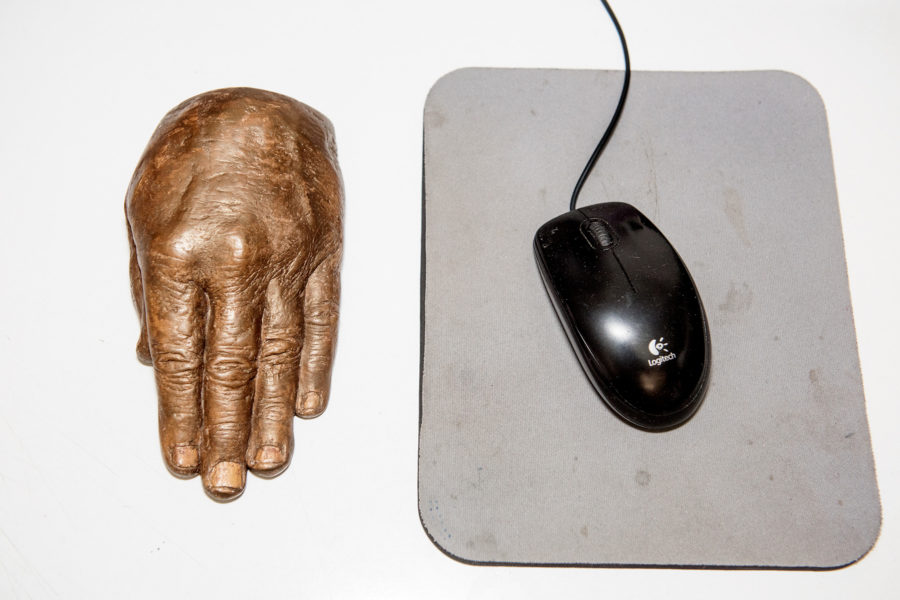 That idea sounds like it relates to your other ongoing project, “The Truth Booth.” Much like a politician, it’s a traveling kiosk that’s inflated for public appearances. Once inside, participants, on camera, are asked to say what they think “the truth is.” What did you imagine that would accomplish?

I come from a photography background, and one thing every photographer is hyper-aware of is their perspective, because of the camera lens, but also their position to the subject. A different angle could give you a totally different insight on the truth of that moment. I think that runs through all of my work: It’s all about framing and context, that whoever’s framing gets to tell the story. The truth is a contentious space. We thought that by creating a modern-day confession booth, where people can go to tell the truth from their perspective, we’d be instigating and claiming a space for speaking your mind, but also listening to others. Since June, the booth has been to almost 35 states and thousands of people have participated.

Which encounters have resonated with you the most?

One video I saw, recorded in Detroit, was of a little boy who was making a case for his faith, Islam. It was frightening to see someone, at such a young age, feel the need to justify their belief. He was saying, “It’s a religion of love. All we want is love, like everyone else. We worship the same god that you worship.” What world do we live in that a little boy—who couldn’t be older than 8—feels the need to tell the world that he is not a threat? That was pretty powerful.

I wonder what Hillary or Donald would say.

A lot of your artwork deals with race and what it means to be African American. What do you think has been President Obama’s impact on culture and politics?

I think our current president is a fascinating subject, because he’s the first clearly multi-ethnic president we’ve had. He was born in Hawaii, which is two percent black and whites are not in the majority. The binaries we see in the mainland United States of black, white, and other is different than what he grew up with. Then he went from Occidental to Columbia to Harvard to the south side of Chicago, which is a route that very few people take. For a long time, he talked about himself as “multi-ethnic,” and even referred to himself as a mutt. People say he’s the first black president, but he was not raised by black people and his black parent is not the descendant of a slave. His notion of race is different. What’s great about our president is his openness to nuance; he’s seen how nuance shapes everything. In my work, that’s what I’ve been interested in. Nothing is black and white; everything’s grey. Nobody’s black or white—my skin is brown. He’s brought conversations that have needed to be had to the forefront—about same-sex marriage, about interracial relationships, about police misconduct, about criminal justice. Until Obama, you could speak in dog whistles and say these really offensive things in code. No one can get away with that anymore.

Where do you want the projects that you’ve started this election cycle—For Freedoms and “The Truth Booth”—to go?

When does an artwork ever end? This year, I’ve devoted my time mostly to collaborative projects: “The Truth Booth”; For Freedoms; “Question Bridge,” which just opened at the Smithsonian National Museum of African American History and Culture in Washington, D.C.; and “The Writing on the Wall,” a project that highlights writing by people in prisons. All give me the opportunity to listen more than speak. So what’s the 2.0? They say the actual true measure of a good leader or a good project is if it can live on after the founder has moved on. I hope people will see these models and improve and build on them.

Have you decided whom you’re going to vote for this year?

Yes. But I don’t think I have to say, based off of my criteria that I want my president smarter than me and not crazy. Every election, that’s who I vote for. Not the person I want to have a beer with.

Part One: Hank Willis Thomas on the 2016 Election

Part Two: Why did you start a super PAC?

Part Three: Would you ever run for office?

Part Four: Who are you voting for?

A Watch in the Zone