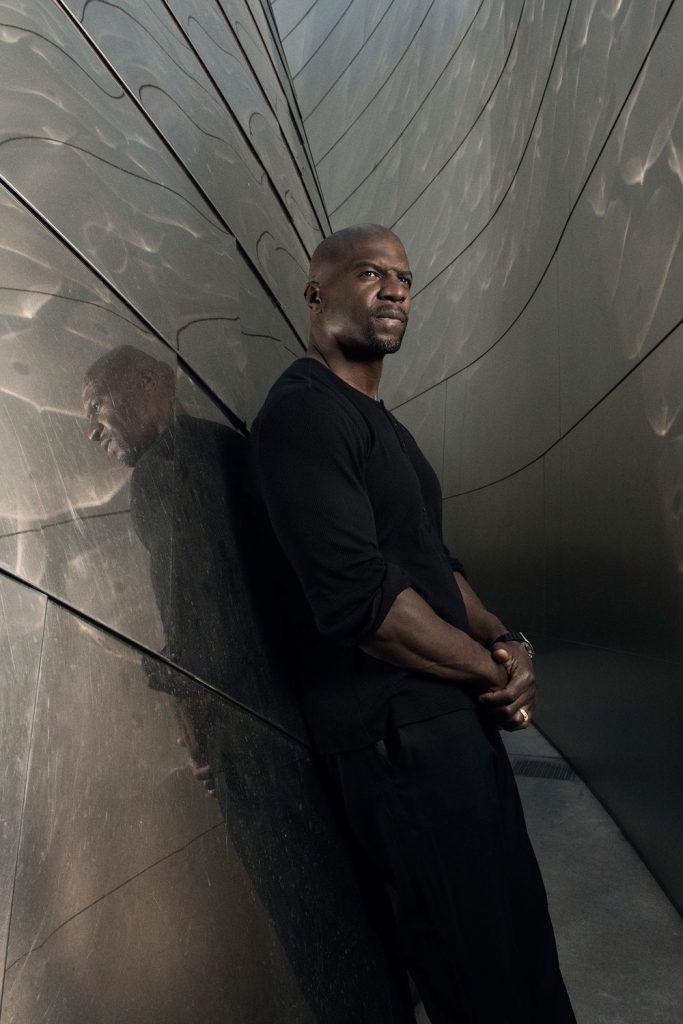 Terry Crews Reflects on the Changing Landscape of Downtown L.A.

The actor's memories of the neighborhood's bleaker days make its rapid development all the more inspiring.

The actor's memories of the neighborhood's bleaker days make its rapid development all the more inspiring.

I moved to Los Angeles in 1997, when Downtown L.A. was a wasteland. It was pretty much apocalyptic. There were tumbleweeds, abandoned buildings. I originally came out here to get into the entertainment industry. I was an arts major in college, and my dream was to become a special effects artist. But I ended up doing security, mostly for film, television, and commercials. The place they would always send me to, because I’m a big, muscular guy, was Downtown. They used Downtown as a double for New York. That’s all they used it for. I remember them working on Disney Hall, working on The Broad, working on a lot around Grand Avenue, so there was a lot of construction, there were things happening, but there was basically nothing.

Over the years, I kept reading about the things they were going to do. It started to seem like one of those places where everyone keeps saying, “This is going to happen, this is going to happen.” You start to think, “Whatever.” But when the Staples Center went up in 1999, everything started to change very, very quickly. I remember when I saw Disney Hall finished in 2003. It was one of the most beautiful buildings that I had ever seen, right here, right on Grand. Going to the Emmy Awards a few years back, that was my first time inside. I went in and it was just fabulous. You have to understand, for me, that was unthinkable. I’m from Flint, Michigan. So, here and now, it’s like, everything is awesome. I really have a different viewpoint than your native New Yorker or any other big city person who gets kind of jaded, you know what I mean?

There’s one thing I’ve always felt: I think that it’s wild that some people believe that your environment influences you, because I truly believe that it’s the other way around. The mindset of the people influences the environment. That’s why we need artists. I think if you’re ever going to improve anything at all, you must bring in the artists first. Places that have a lot of money and no creativity end up as a giant factory city, and all the buildings are big and square, and there’s no vision. You have to have the artists. Around Downtown L.A., and even on Grand Avenue, it’s become a very artistic place.

My whole thing is, I have to be around people with a positive, beauty-oriented mindset. When I go to museums or go to galleries and see people who appreciate beautiful things, it inspires me on a whole other level. It helps my acting, it helps my work, because you see the detail of things that people go into. And that’s thing I love about L.A. The vibe is super-creative. They will never tell you no, and that’s what makes it different from anywhere else. New York will tell you no in a hot minute—but L.A. never will. Not once. Now, they have no intention of ever doing what you’re talking about. But they will never, ever tell you, “Nope, that can’t be done,” because this is the land of dreamers. Here, it’s okay to dream.

Terry Crews is an actor and a former NFL linebacker.