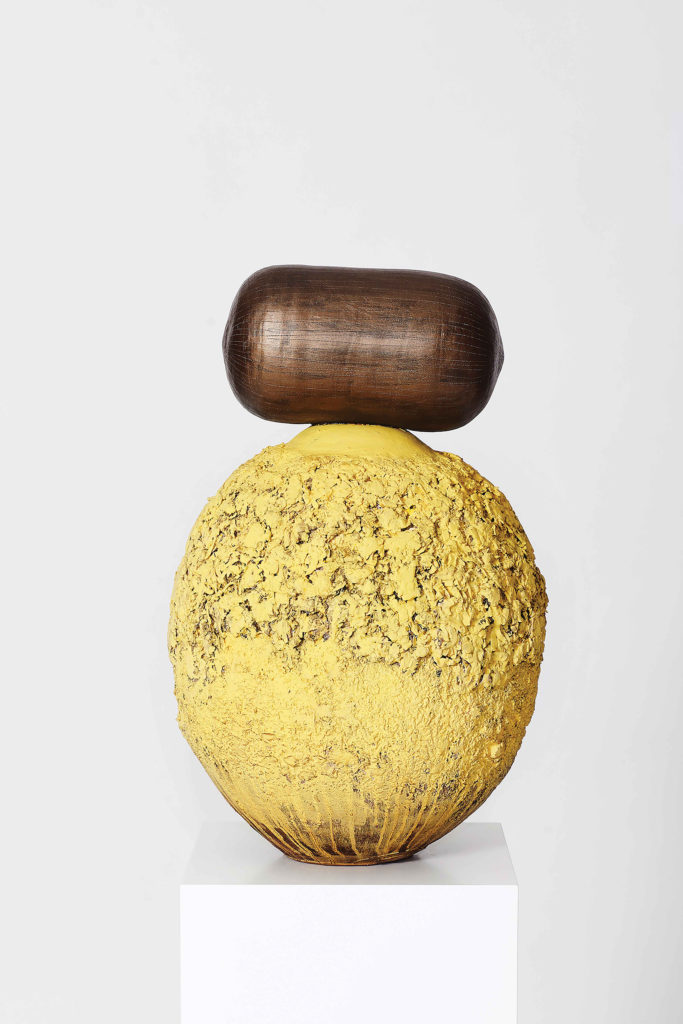 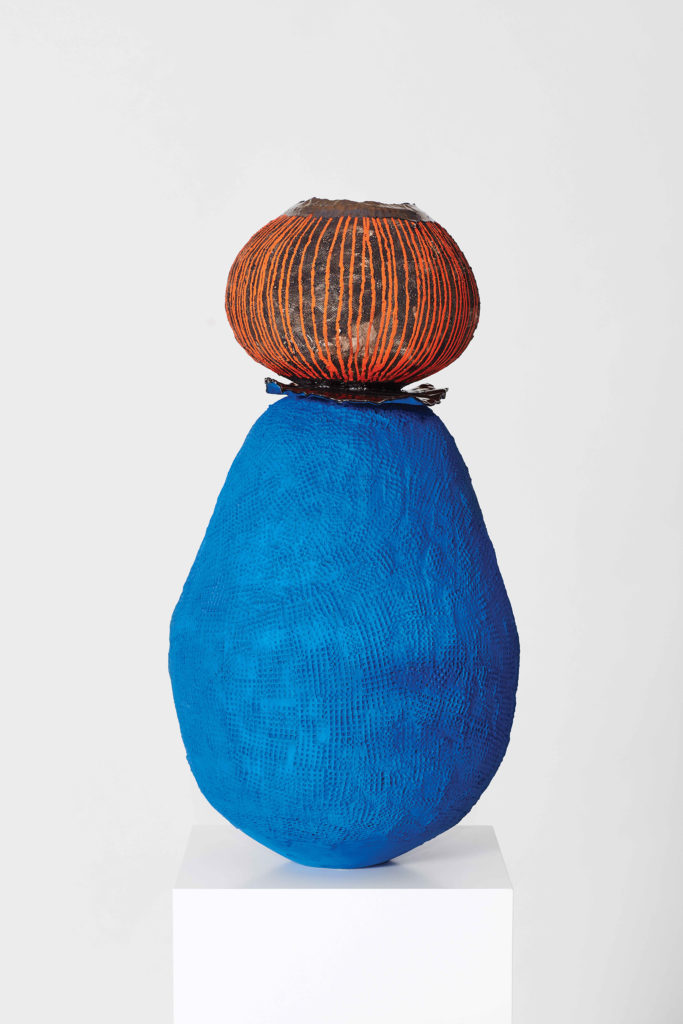 Zizipho Poswa has a passion for hair. Over the last two years, the Cape Town ceramicist has been making striking totemic stoneware vessels drawn from her South African heritage—whether the labors of rural women, among whom she grew up or the optimism of young cosmopolitans, whom she now represents. Where her earlier pieces suggested women bearing loads on their heads, her recent work scrutinizes the heads themselves, which often feature embellishments inspired by African hairstyles. One new vessel, to be shown at Design Miami/ by Poswa’s Cape Town gallery, Southern Guild, resembles two mounds of squid-ink spaghetti and references Bantu knots. Another conveys braided loops similar to those worn by West African women and documented by the celebrated Nigerian photographer J. D. ’Okhai Ojeikere.

Poswa dates her fascination with hair to 2007, the year she began modeling for a hair extension company “and fell in love with traditional hairstyles,” she says. Around that time she also launched a commercial studio with four friends, opting to give it up in 2013, once the studio, Imiso Ceramics, had slimmed down to two members—her partner is the well-established designer Andile Dyalvane—and retailer Anthropologie had begun heavily stocking her pinch pots. The delicate, floral-inspired objects enabled Poswa, a textile designer by training, to apply her skills in color-mixing and pattern-making to clay.

On view at Imiso’s small studio in the mixed-use Old Biscuit Mill in Woodstock, an edge suburb of Cape Town with a strong artisan history, Poswa’s commercial works plainly evidence the importance of color, motif, and texture. Many of the pieces integrate patterning drawn from traditional Xhosa textiles. “My style is very feminine,” says Poswa, an only child raised by a single mother. “I draw inspiration from tribal art. Some of my pieces are inspired by hair combs.”

In early 2018 she made a trio of large-scale sculptures for an exhibition at Southern Guild titled “Extra Ordinary.” Brightly painted by hand with distinctive surface treatments, Poswa’s ongoing Umthwalo range celebrates the resilience and strength of Xhosa women and was inspired by her monthlong visit to her birthplace in the Eastern Cape. Design collectors cooed at the results.

Emboldened, Poswa created new pieces. Where her first major works were resonant of the plump forms of traditional Zulu ceramics, her follow-up Ukukhula pieces, two of which were acquired by the Los Angeles County Museum of Art, were svelte and iconic. Translating culturally resonant motifs into collectible design objects involves patience. A single vessel can take up to two months to complete. Failure haunts the process. “Clay is a tricky medium,” acknowledges Poswa, who opted to discard a large work intended for this October’s PAD London, late in the making. “The drying process is sensitive and unstable. You can’t say you’ve mastered the making until the last stage.”

A Letter From The Editor