Hotel of the Week: At Six

Universal Design Studio proves that a harsh concrete edifice can be as welcoming as any other.

Universal Design Studio proves that a harsh concrete edifice can be as welcoming as any other.

Brutalism gets a bad rap—at least, designer Hannah Carter Owers thinks so. Even as a child, she saw the wonder lying nascent in the slabs of concrete. “The networks of underpasses, walkways, vantage points and playful geometry provided hours of escape and entertainment for my brother and me. To us it was a huge concrete playground.” So when she first set foot in the 1970s edifice that would become hotel At Six, she naturally saw the potential. “There was an immediate thrill of excitement and a sense of challenge to create a desirable, contemporary, luxury interior that felt at home in this monumental and unforgiving building,” Owers says. And, with fellow Universal Design Studio codirector Jason Holley, she did just that.

The 343-room Stockholm stay welcomes guests with a sleek lobby, outfitted in warm gray tones and metallic accents. An ethereal sculpture from Jaume Plensa, embedded into the white marble staircase, serves as the centerpiece. Copious public areas—two restaurants, two bars, a slow listening lounge, and more—provide plenty of space for blue-chip works from the likes of Olafur Eliasson, Julian Opie, Sol Le Witt, and Tacita Dean. Even in the rooms, guests can expect custom art, which goes well with the timber wall panelling, marble credenzas, and crisp white linens. Clearly, no detail was overlooked. As Owers says, “we want every space to start a conversation.” 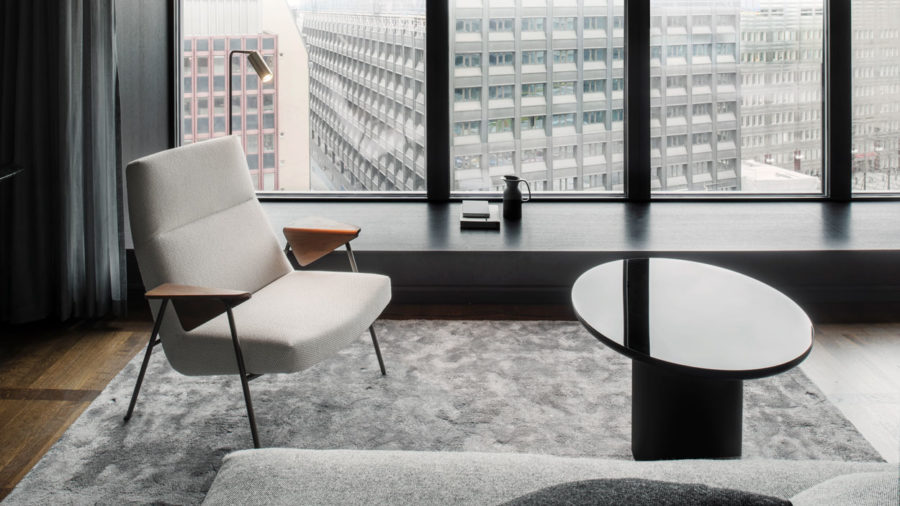 8
Slideshow
Inside At Six
…