With a crack team of local collaborators, Thompson Seattle is more evidence the city is ready for its close-up.

Insulated by the whir of the Sound and from the freneticism of bigger-city living, Seattle is quietly coming of age. The growth may seem sudden—by last count, the city boasted more than three times the number of  construction cranes in New York City—but it’s been a slow burn decades in the making. More validation came last year when boutique hotel chain Thompson announced that their first West Coast hotel would be in Seattle—not Los Angeles or San Francisco. For Thompson Seattle general manager Amanda Parsons, the opening was just the latest sign in a trend toward municipal maturation. “Sure, we’re known for coffee and grunge,” she says. “But Seattle, dare I say it, is growing up.”

Tom Kundig, principal architect at Olson & Kundig, the firm responsible for Thompson Seattle, moved to the area in 1974, before Starbucks made venti a commonplace word in the English language, Kurt Cobain had picked up a guitar, or Amazon disrupted the publishing industry. He says the city has always held a kinetic energy, shifting and experimenting to its own rhythm, and that recent developments are simply the culmination of that. “There is so much potential here in Seattle that it is bound to shape the city,” he says. “The Thompson is clearly a player in the evolving cultural landscape.”

The guiding ethos behind the Thompson brand is to reflect and celebrate the locales in which it operates, and the Seattle property is no exception. Within earshot of the fishmongers’ yawp at Pike Place Market, the ambitious 12-story boutique offers guests an immersive experience with Seattle and the Pacific Rim thanks to an all-glass facade of floor-to-ceiling windows overlooking the Puget Sound’s Elliott Bay, and the surrounding neighborhoods of Belltown and South Lake Union. Interior artwork, fixtures, and furnishings sourced from local artisans further ground the hotel in its Cascadian surroundings. They’re details Kundig believes challenge notions of what a hotel experience should be.

“Expectations are changing in the hospitality industry, and we not only want to be part of that change but also lead it,” he says. “Any project we design represents this sense of exploration and continues the conversation of what hospitality means in an urban setting.”

For Thompson, that also means a close connection with local gastronomy. The hotel’s main level houses Scout, overseen by chef Derek Simcik and part of hometown chef Josh Henderson’s prestigious Huxley-Wallace Collective. The restaurateur’s reputation as a leader in Seattle cuisine has grown steadily alongside a near manic pace of openings that now dot the city’s map and span the culinary spectrum. While not shying away from Seattle staples such as oysters and salmon, Henderson has pushed the limits to craft unique offerings across the restaurant groups menus.

“The Pacific Northwest has some of the richest bounty of ingredients, and if we can pair them with an ever-growing stable of artisan chefs, bakers, salumists, and winemakers, then we’ll start to tap into more and more of it,” he said. “It’s a pretty incredible time right now as I feel like we are just scratching the surface of this region.” 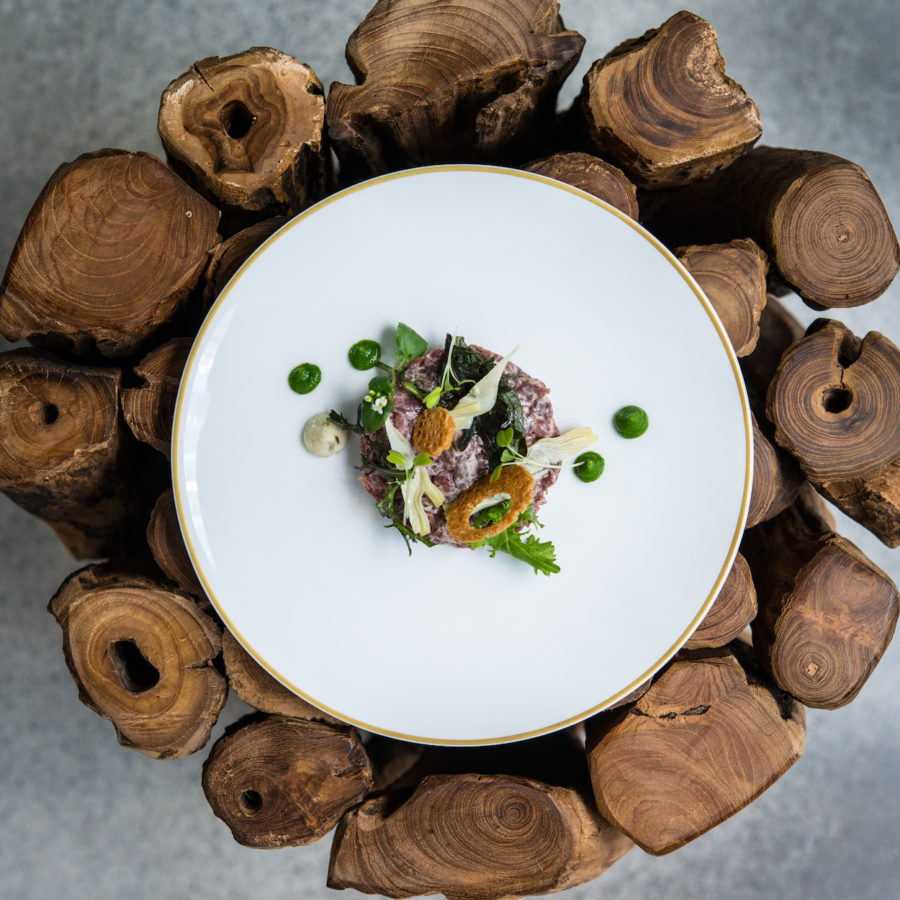