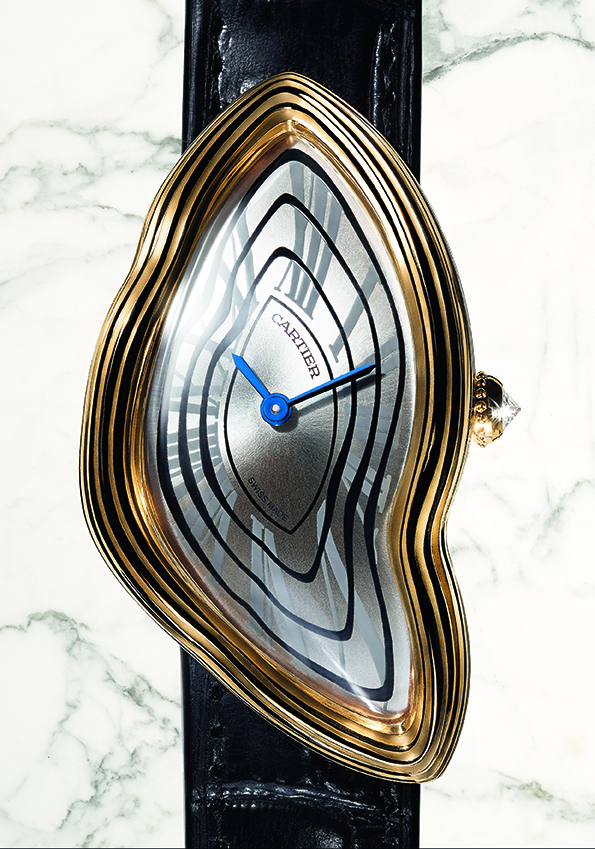 The Libre Collection plays with Cartier's signature shapes including the legendary Crash.

The Libre Collection plays with Cartier's signature shapes including the legendary Crash.

It’s a widely held belief that it was either Salvador Dalí‘s melting clocks or the violent remains from a fiery car wreck that provided Cartier with the idea for the Crash. Wildly surreal and dramatically asymmetrical, the timepiece was initially released in 1967 and defied the conventions of what a wristwatch could be. Now, as part of a larger group of five reinterpreted classics called Libre, Cartier has unveiled an innovative take on the remarkable dreamlike timepiece, unquestionably the most unusual in its collection. Roman numerals get stretched, curves encircle the bezel, and undulating lines on the dial exaggerate its melted proportions. A beaded crown set with a brilliant cut diamond winds the manual movement, while an individually numbered yellow-gold case rounds out an intentional concept watch that’s anything but accidental.