Corum manages to stay true to its maritime roots and push the boundaries of fine watchmaking in its new Admiral 45 Squelette timepiece. 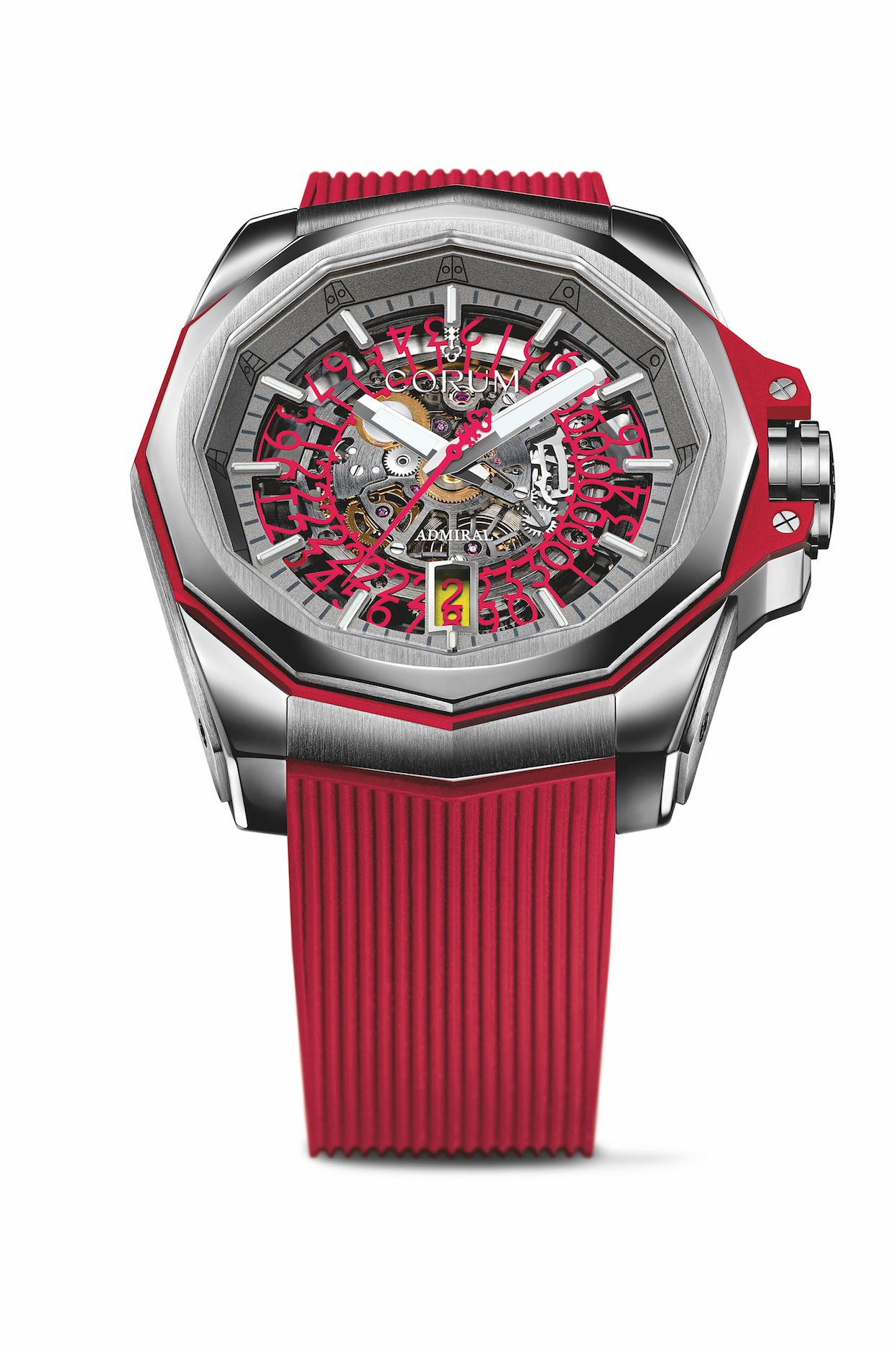 Corum manages to stay true to its maritime roots and push the boundaries of fine watchmaking in its new Admiral 45 Squelette timepiece, which makes a radical statement for the simple fact that it lacks a dial.

Designed by Corum and produced by its production company, EMC, the automatic movement—aka Calibre CO 082 with a 42-hour power reserve—is unobstructed. The model’s openworked bridges coated with an anthracite grey surface stand in stark contrast to the brightness of the Admiral 45 Squelette’s colors: turquoise blue, yellow, or red. The colors appear as accents on the seconds hand, the case and the date, as well as the straps. (Anyone wishing to customize a color combo can do so.)

The other distinguishing feature of the model is its unconventional date disc, displaying enlarged yet slender Arabic numerals that have been individually blanked as opposed to painted or engraved on sapphire discs, allowing them to be positioned without supports. The effect is to accentuate the model’s skeletonization.

In total, Corum has created seven models: three in a 45 mm titanium case and four in a 45 mm matte black PVD case. Each comes in a limited edition of 288 pieces.