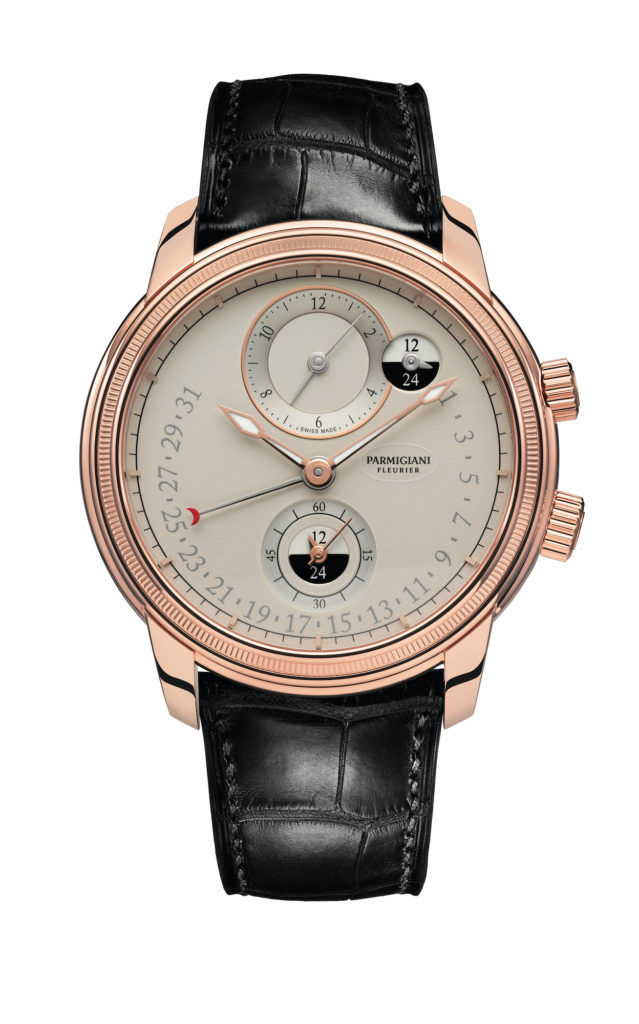 The 22-karat rose-gold timepiece represents everything the contemporary brand has accomplished since its founding in 1996.

The 22-karat rose-gold timepiece represents everything the contemporary brand has accomplished since its founding in 1996.

To the untrained eye, the Toric Hémisphères Rétrograde from Parmigiani Fleurier presents an especially refined take on the dual-time-zone wristwatch, ideal for globe-trotters and armchair travelers alike. To those familiar with Parmigiani founder Michel Parmigiani’s background in antique watch and clock restoration, however, the 22-karat rose-gold timepiece represents everything his contemporary brand has accomplished since its founding in 1996.

The Toric case of the model, with its signature knurled bezel, appeared on Parmigiani’s first-ever creation, some two decades ago. In 2010, the brand introduced the Tonda Hémisphères, a wristwatch featuring a single calibre capable of controlling two time zones, without compromising accuracy. The piece was derived from a pocket watch, serviced in Parmigiani’s restoration workshop, containing two movements inside a single case, each responsible for its own time zone. The Toric Hémisphères Rétrograde shown here unites the twin accomplishments described above into a single handsome model. Is it any wonder that it’s a finalist in the Travel Time category of this year’s prestigious Grand Prix d’Horlogerie de Genève, a.k.a. the Oscars of watchmaking?