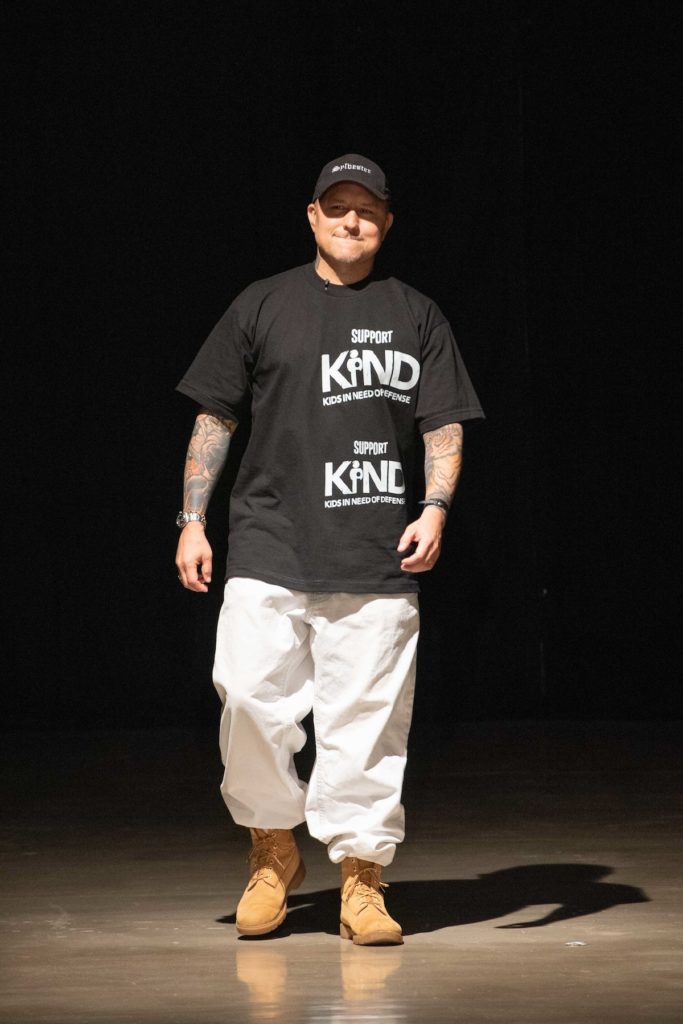 Willy Chavarria likes to create on the edge—a point he highlighted when he presented his Spring 2020 collection outside the official Fashion Week calendar. “It has become so fast and difficult for me to keep up with,” he explained at a space in Chelsea, New York. “My birthday is in July, and I like to have good energy when I do my shows. So, I decided to show at a time when I knew my collection was great.”

Since founding his label in 2018, the Fresno, California-born fashion designer has never really stuck to convention, eschewing the trend-based mindset that has become so pervasive in the industry. For him, fashion is an outlet and a way to showcase a part himself, his culture, and his sexuality using cloth and silhouette as a medium. This was evident in his 28-look collection that took viewers on a journey to the ’90s, when Chavarria was a young, queer club owner, serving up a whole lot of booze and attitude. “I had a club in San Francisco in the ’90s called Love Garage,” he said. “It was a time when rave culture was suddenly hit with New York House music. It symbolized sex and luxury.” 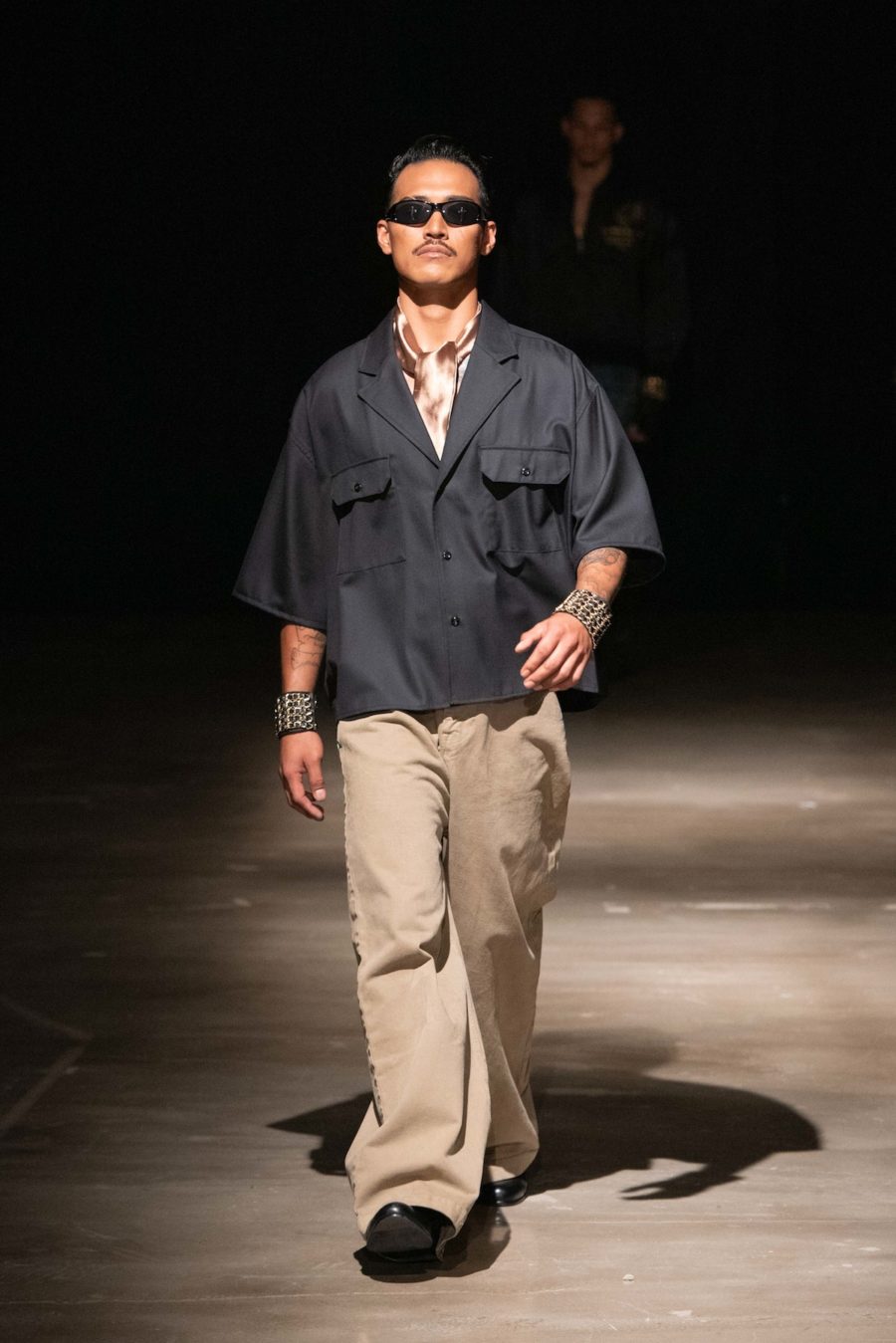 This is what he envisioned when he presented the first half of his collection: baggy jeans, satin boxer shorts and bomber jackets, oversized denim jackets, and mesh tops. His Chicano roots were clear in the lineup, imparting a streetwise vibe that was enforced by the facial scarring applied on the models. “I love the machismo that’s part of my latino culture, and like to shine a light on that,” he said. Chavarria also added how he is a “big ol’ homo” that likes to play with gender fluidity, juxtaposing the rough-and-tough separates with dainty accessories—like Chelsea boots and handbags that resembled Chanel’s 2.55.

The second half—a collaboration with athletic shoe brand K-Swiss— was not so libidinous. It skewed on the younger side with pastel hues and looser fits, and was worn by a fresher-faced cast. “It is still very ’90s, but with beach-slash-surfer colors,” he said. “This was me at 16, where the first part was me at 19, maybe 20.”

In entirety, the collection could have been more elevated, lacking visible details that warrant the luxury price point. Chavarria is definitely staying true to his world, but an added layer of finesse would certainly take it to the next level. Still, there is something to be said about a designer who doesn’t follow the rules.