College dorms without windows? In the hands of stingy developers, student housing is starting to look like antiseptic “jails masquerading as dormitories” ill-suited for the mental health needs of students—and basic standards of humanity.

For more than 20 years, Juan Miró has assigned his students at the University of Texas at Austin’s School of Architecture a quick exercise: hand-draw a detailed section of the window in their bedroom. The task seemed simple enough until Miró learned some of his students’ bedrooms lacked windows altogether. “I couldn’t believe it when they first told me,” he wrote in ArchDaily earlier this year, “thinking perhaps shady landlords are illegally renting them large closets as bedrooms.” He was horrified to learn his students actually stay in windowless rooms in new dorms built on West Campus—a transformation touted by the university as a successful example of zoning for higher density in residential areas.

Successful for lab rats, maybe. When Miró asked fellow architects if they knew about UTA’s window situation, most responded with incredulity. Bedroom windows traditionally provide emergency escape and a rescue opening, but the International Building Code makes exceptions when buildings are fully sprinklered, only requiring they comply with emergency egress requirements expected in a traditional office building. Miró cites a report from the Prison Association of New York: “There is no excuse in these days for building a prison without windows in the cells into which light is admitted only through the doors,” it reads. Year of publication? 1903.

“Building windowless rooms is cheap, so, wherever it’s legal, developers justify them,” Miró wrote in the Austin American-Statesman. “This must stop. Windows provide mental health, natural light, ventilation, and visual connections with the outside. It should be illegal for developers and landlords to advertise or lease windowless spaces as bedrooms.”

Unfortunately, windowless dorms are becoming more common. Perhaps the most infamous example surfaced this past year at the University of California, Santa Barbara, which unanimously approved the construction of a mega-dorm designed to house more than 4,500 students. Hailed by administrators as a much-needed solution to the university’s dire housing shortage, the proposal sparked widespread backlash when it was revealed that 94 percent of the 11-story building’s bedrooms lack windows. Architecture critic Paul Goldberger decried it as a “grotesque, sick joke—a jail masquerading as a dormitory.” 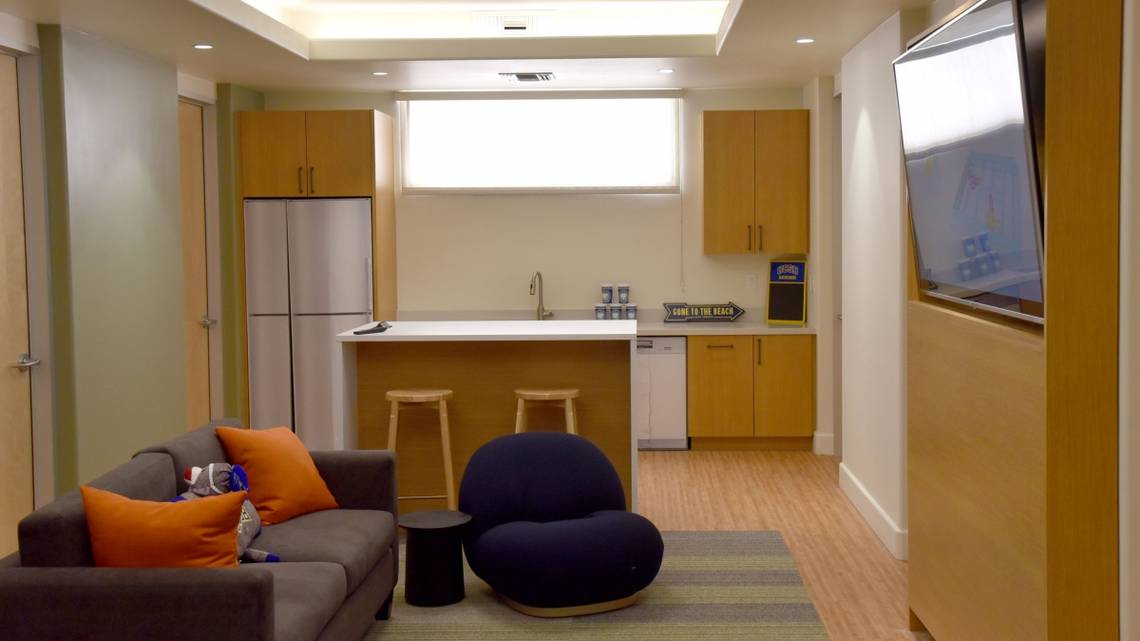 The hulking building, dubbed Dormzilla by the internet, was conceived by 98-year-old billionaire investor and amateur architect Charles Munger, who donated $200 million toward the project with one condition: build it precisely to his blueprints. Munger, who developed a similar dorm at the University of Michigan, maintains the small living quarters will coax students out of their rooms and into common areas where organic interactions occur. Each room comes equipped with a “screen” window—not unlike those found on Disney Cruises—that allow students to simulate whatever level of natural light they desire. “It’s all about the happiness of the students,” he told Architectural Record. “We want to keep the suicide rate low.”

Pretty much everyone except Munger and UCSB administrators spurned Dormzilla, especially after architect Dennis McFadden, who long served as a consultant on the university’s design review committee, resigned and likened it to a “social and psychological experiment.” Once it went viral, he received an outpouring of support from his contemporaries. “Moshe Sadie emailed me with comments about the horrors of the project and asked what he could do to help,” he told Record. The university seems bullish on its construction, and Munger has deflected criticism of the project as people simply put off by his extreme wealth. Whether the mega-dorm actually comes to light remains to be seen—university officials say approval of its consutrction could come as early as summer 2023, with constructed slated for completion three years later.

Designer of the Day: Vincent Pocsik