From the late 1950s to the 1970s, the Doyle Lane created a series of small-scale ceramic vessels from his studio in El Sereno, Los Angeles. Named “weed pots” because they were designed to hold individual sprigs and dried flowers, the vessels became some of the late ceramicist’s most celebrated works. As the curator Ricky Swallow describes, the pots are “jewels of California modernism [that] are most credibly understood and appreciated when viewed in groupings, which is how Doyle conceived and marketed them.” More than five dozen of these weed pots—some plump and spherical, others UFO-like—make appearances here, creating a playful rhythm and offering a rare glimpse of Lane’s long-undersung talents. 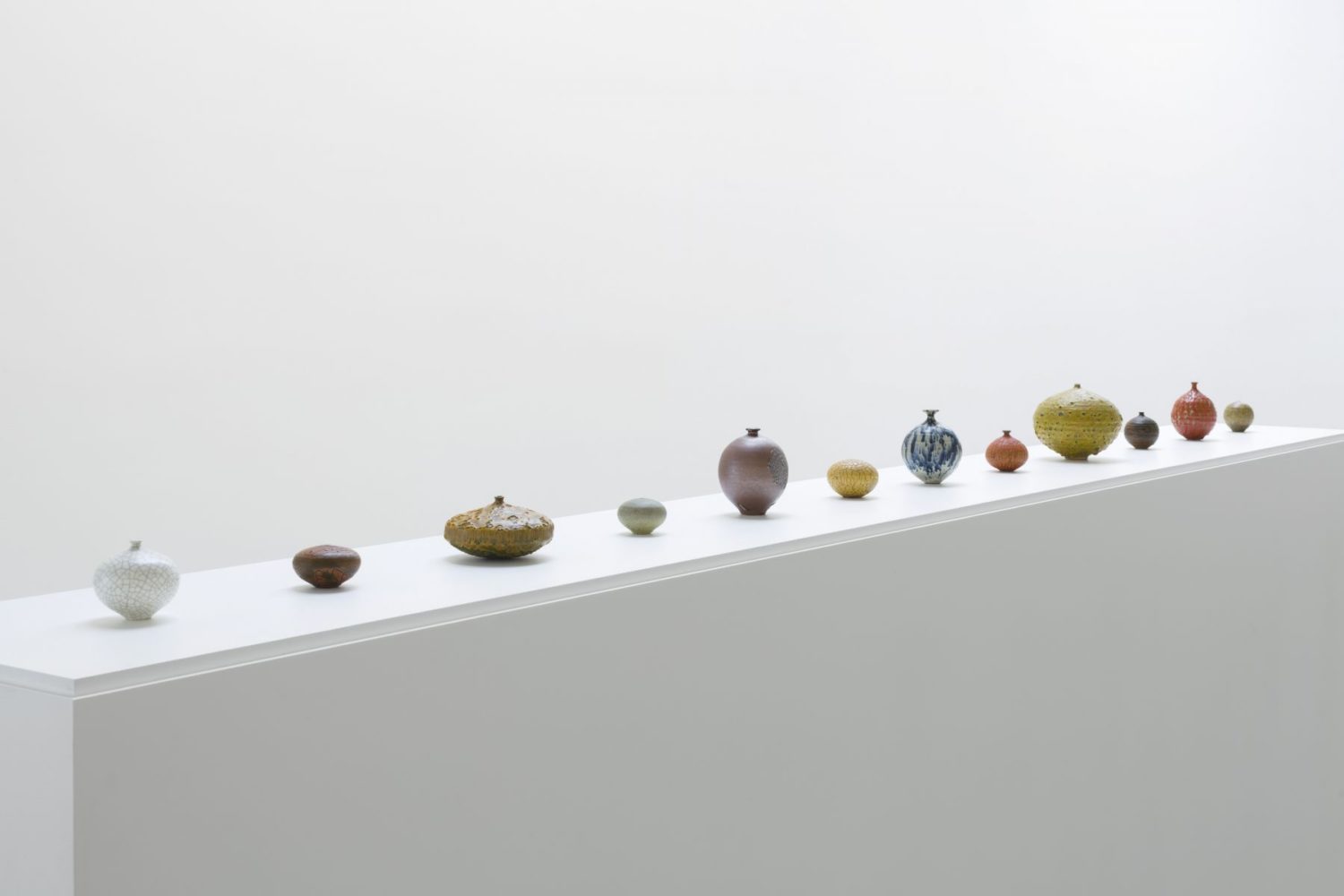