One of Dubuffet’s last remaining works from the late 1960s and early 1970s to be realized at a heroic size, the monumental black-and-white Le Cirque immerses viewers in what the late French artist calls “a continuous, undifferentiated universe of form” reminiscent of an urban plaza. He was particularly influenced by the frenetic movement of traffic on the streets of postwar Paris, where he worked at a studio in Périgny-sur-Yerres. The colossal sculpture’s writhing forms are engaged in seemingly ceaseless motion, acting as a portal away from New York’s now-quiet streets and into the artist’s exhilarating alternate universe. 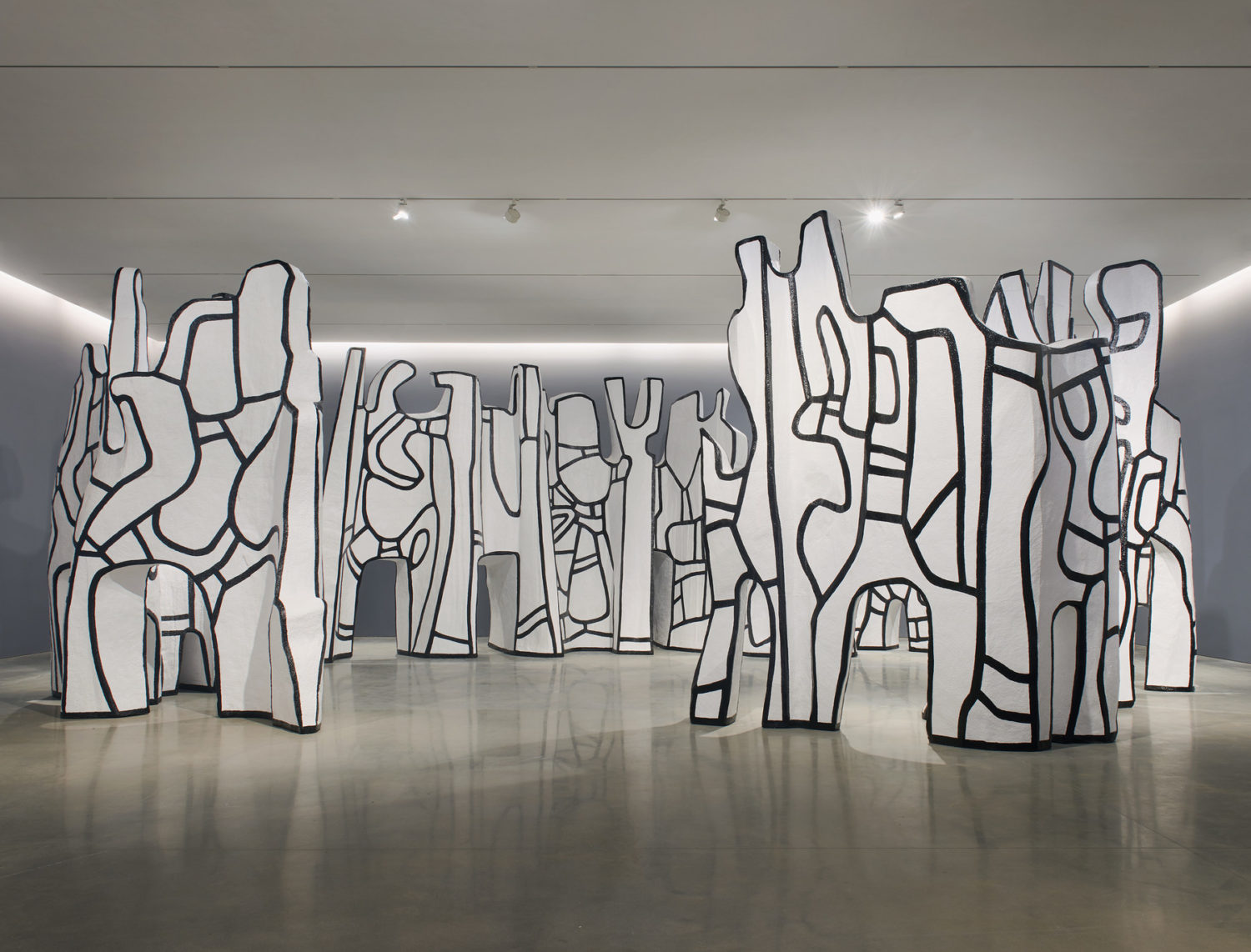